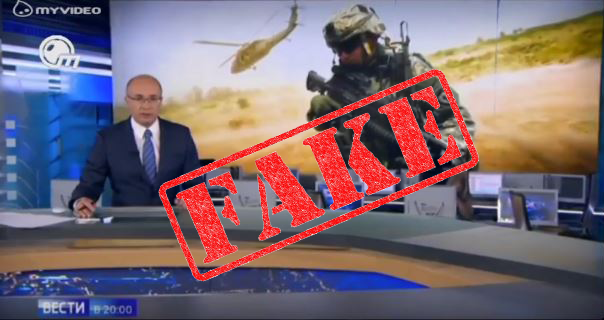 On September 9, a  program  of TV Obiektivi, Golden Intersection, showed a Russia 24 news reportage (Vesti 20:00), according to which the United States Air Force Helicopter evacuated two ISIS field generals from the surroundings of Deir ez-Zor, together with their family members, on August 26. According to the reportage, two days later, on August 28, 20 more generals were taken from Albu Leyl district together with their closest entourage. According to the TV anchor of Vesti, the given facts indicate to the direct support of the troops fighting on ISIS’ side by some members of the international coalition. After the aforementioned reportage went on air of TV Obiektivi, the host of the programme, Valeri Kvaratskhelia  said that the US policy is a monster that does not shy away from cooperating with terrorists and fascists and carrying out colorful revolutions. The Vesti reportage aired on TV Obiektivi is disinformative. There is no evidence about the US Air Force allegedly evacuating the ISIS generals. The disinformation has been first published without a source by a Syrian news platform Deirezzor 24 and was later disseminated by the media outlets and tabloids funded by the Government of Russia.  According to EU Disinfo, the claim is a part of a recurring disinformation – “Coalition against Daesh is aiding Daesh”.

According to DFRLab of the Atlantic Council, the disinformation was first disseminated by the Syrian news platform Deirezzor 24 on August 27. The article claims that the coalition forces evacuated two ISIS generals-in-chief and their families to the west of Deir ez-Zor, Syria. The article notes that the two ISIS generals were “spies” of the coalition.

Photo: The Material Published by Deirezzor 24 on August 27

The material disseminated by Deirezzor 24 does not indicate a source of the information, however, the unverified news found great feedback among the Kremlin-funded media outlets. The aforementioned media outlets disseminated the disinformation with identical titles and even though the title of the material published by Deirezzor 24 did not mention the United States, they connected the unverified information on the evacuation of the ISIS field generals to the US.

The information “verified” by the anonymous sources of Sputnik and RIA Novosti about the US evacuating ISIS fighters in Syria has been published by up to ten tabloid media outlets. Overall, the disinformation has been shared nearly 14,000 times in social networks. Prepared based on EU Disinfo and the Atlantic Council DFRLab materials