Disinformation by Geworld and News Front that Ukraine was Allegedly Handing Over Crimea to the U.S. as a Colony 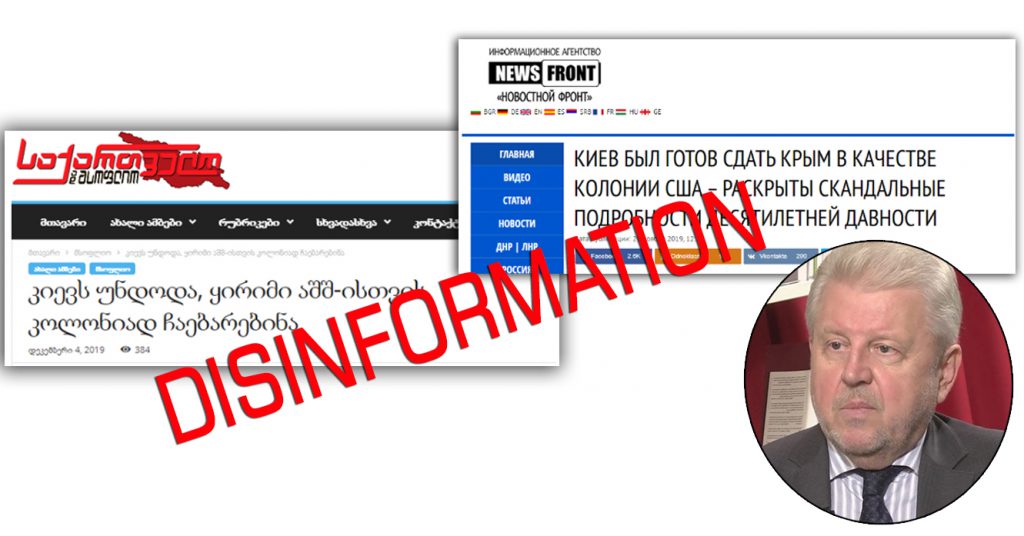 On December 4, 2019, Georgia and the World published an article titled “Kyiv Wanted to Hand Over Crimea to the U.S. as a colony”. The article cites a former Acting Minister of Foreign Affairs of Ukraine, Volodymyr Khandohiy’s interview with UkrLife.Tv and indicates that he acknowledged the plan of making Crimea a colony when he mentioned the fact that U.S. – Ukraine Charter on Strategic Partnership, adopted in 2008, envisaged the opening of an honorary diplomatic representation in Crimea.

The news disseminated by Georgia and the World is disinformation. The United States, in the U.S. – Ukraine Charter on Strategic Partnership, supports the territorial integrity of Ukraine and mentions Crimea as one of the regions of Ukraine. The American Presence Post that was to be opened in Simferopol was in fact a very small diplomatic representation – the United States has such posts in various other European cities as well. Volodymyr Khandohiy, who Georgia and the World cites, has not made such a statement, as he was only talking about the opening of the post in his interview. “Handing over Crimea to the United States as a colony” is an interpretation of pro-Kremlin media.

The document only mentions Crimea once and does not imply any status that could be considered as being subject to the United States’ control.

The Charter on Strategic Partnership mentions that “Ukraine welcomes the United States’ intention to establish an American diplomatic presence (American Presence Post) in Simferopol.” This post is a small diplomatic object, staffed by one Foreign Service Officer. The Officer has a consul title; however, an American Presence Post does not have a regular consular department and does not issue visas. Moreover, such Posts are present in France, the United Kingdom, and Brazil. Therefore, the opening of such Post in Crimea does not imply any territorial bids.

In his interview with UkrLife.Tv, Khandohiy only noted that the U.S. – Ukraine Charter on Strategic Partnership implies the opening of the American diplomatic post in Simferopol. He did not talk about handing over Crimea to the U.S. as a colony – all this is an interpretation of the Kremlin and media associated with it. News Front, crimea-news.com, and gazeta.ru published identical disinformation as well. 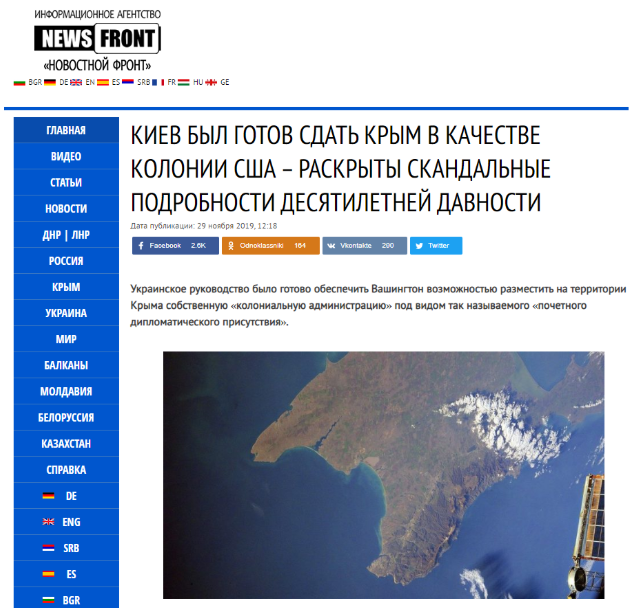 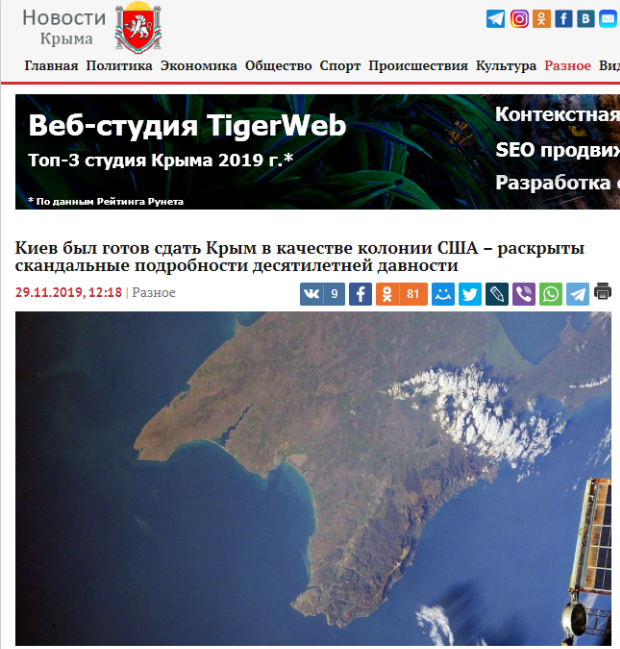