Disinformation as if Russian Fighter Jets Intervened in Georgia 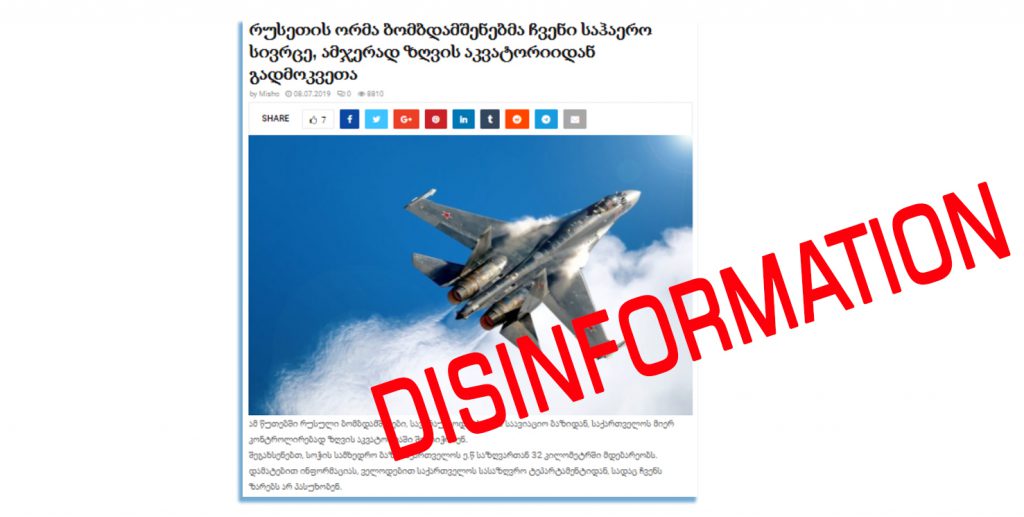 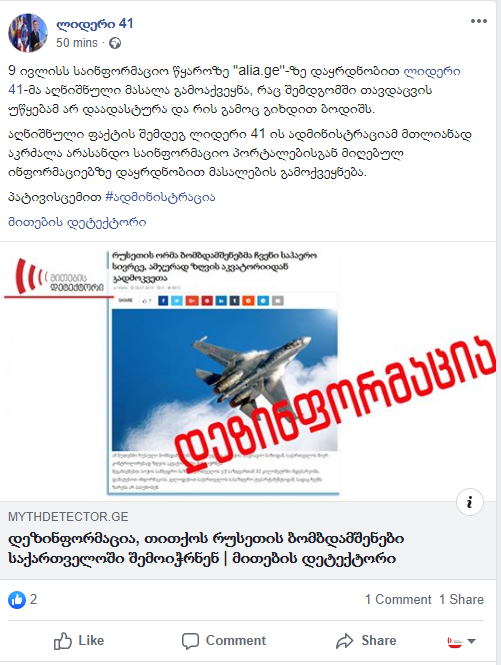 On July 8, 2019, an article was published on a portal Entire Week (მთელი კვირა) claiming that two Russian fighter jets left the Sochi Air Base and violated the Georgian-controlled airspace. Identical information, based on the same primary source, was disseminated by Alia newspaper and Leader 41 (ლიდერი 41) Facebook page. As of now, Alia has removed the article from its website. 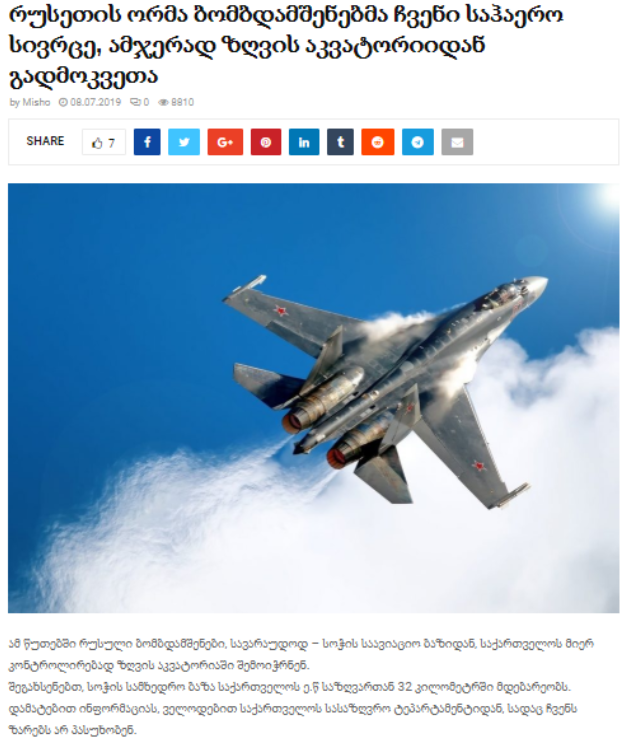 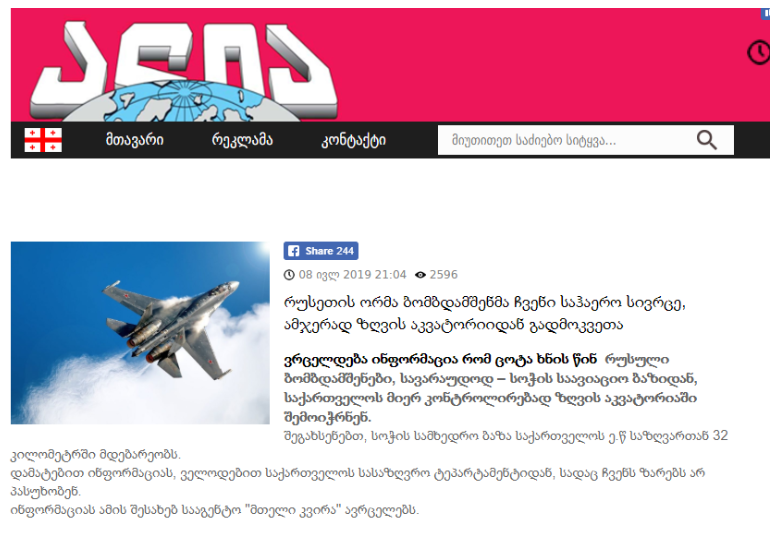 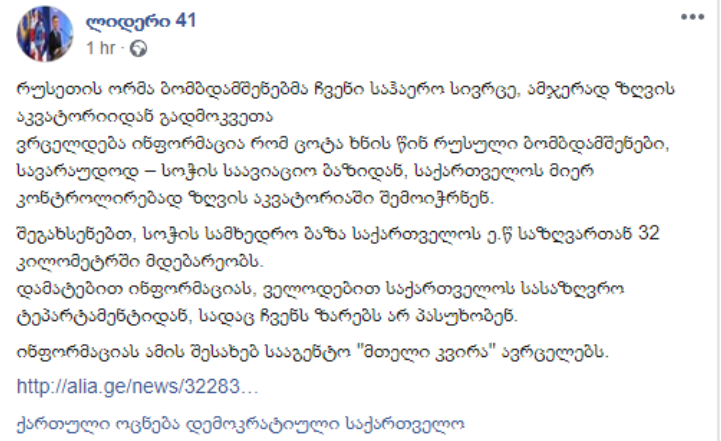 Ministry of Defense of Georgia did not confirm the violation of the Georgian airspace by Russian fighter jets. The given piece of information is fake and aims at sowing fear of war against the background of anti-occupational manifestations.

Myth Detector contacted the Press Center of the Ministry of Defense of Georgia to verify the disseminated information. The Press Center claimed that the information about the two Russian fighter jets crossing the Georgian airspace is not true.

Various pieces of disinformation have been spread on social media against the background of anti-occupational manifestations with the aim of sowing fear in the population. Apart from the aforementioned fake information, on July 6-8, information that Vladimir Putin was preparing for a military intervention in Georgia was actively being disseminated on Facebook. Myth Detector verified the given information – the source used by several media outlets was an interview with Mike Rogers given five years ago, in 2014. For a detailed information, see a publication by Myth Detector. 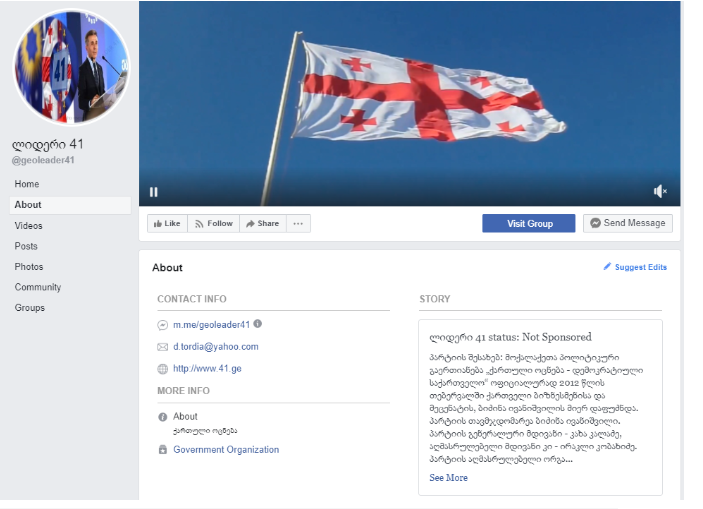 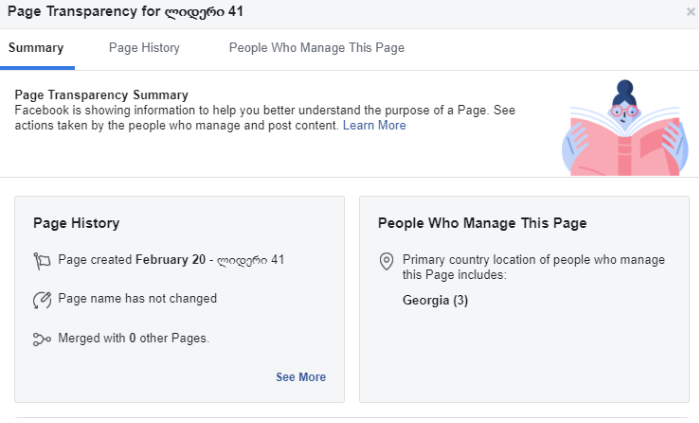 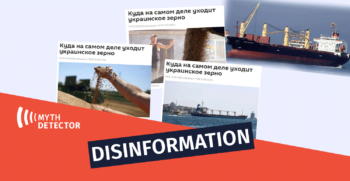