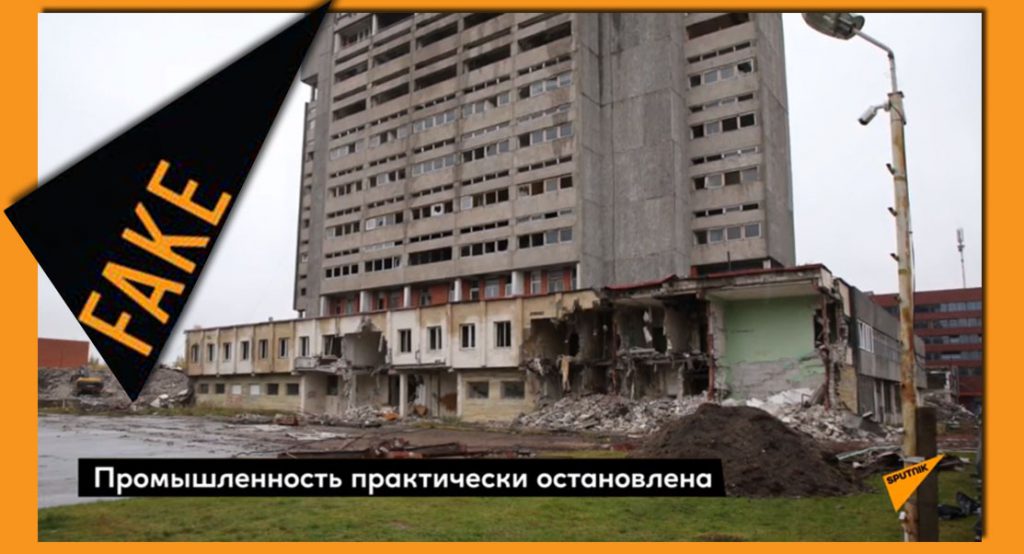 On June 10, 2019, Sputnik-Georgia news agency published a short video with frightening music which says that the Latvian city of Jelgava became a testing ground for NATO military equipment, local teenagers undergo military training for the guerrilla war with Russia, industry in the country is destroyed and people leave the country.

Exhibition of military equipment and the march of NATO forces

According to the LSM.LV Latvian news website, at the event named Testudo Rallijs, which was organized by the Zemessardze (a voluntary militarized organization, part of the Latvian armed forces) and NATO contingent in Latvia, soldiers from different places marched to the cities of Jelgava, Valka, Liepāja, Rezekne. Later on in these cities they have demonstrated NATO military vehicles and equipment to the local citizens. The main goal of the event was to show the cooperation and capabilities of NATO units in the country.

Latvia has been a NATO member since 2004. As of today, Canada is leading the multinational enhanced forward presence battle group of NATO in Latvia. About 1,400 soldiers from Montenegro, Albania, Slovenia and others – a total of nine countries take part in the exercises.

Further, in the video of Sputnik, a frame is shown that the youth paramilitary organizations of Latvia are getting prepared for guerilla warfare with Russia. On the photo is a representative of the Jaunsardze with a torch. 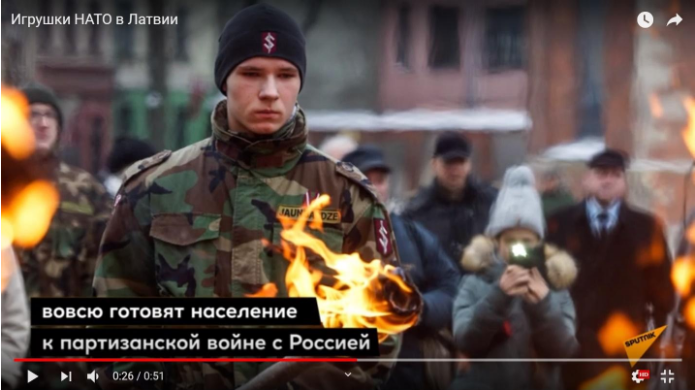 Jaunsardze (young defenders) is a youth organization created in 1992 by the Latvian militia Zemeszardze. The organization has become the largest in Latvia, uniting more than 8,000 boys and girls between the ages of 10 and 21.

The Zemessardze is an integral part of the Latvian National Armed Forces. The main difference is that for the majority of them the military service is not a primary job. They serve on a voluntary basis and in ordinary life are engaged in quite peaceful affairs. There are students, workers, clerks, lawyers, businessmen, and in general, representatives of almost all professions. Any citizen of Latvia between the ages of 18 and 55 years’ old, who has no contraindications with health and a criminal past, can become a member of Zemessardze. All of them are united only by patriotism and the desire to defend their homeland.

In addition to the readiness to stand up for the country, the members of Zemessardze also help the state structures and local governments in maintaining the order, eliminate the consequences of the rampant element, look for missing people, participate in raids against poachers and perform other tasks.

The authors of the video claim that “the industry in the country is almost stopped, the war games have undermined the economy”. The text is accompanied by an illustration of the destroyed building. A search on Google shows that the photo is the former building of the plant “Radiotekhnika”. 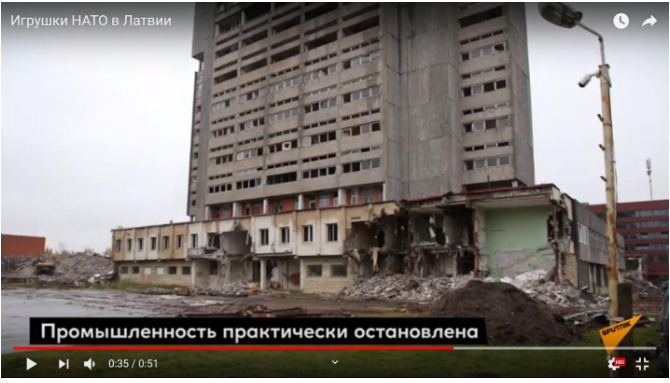 “Radiotehnika” was the largest audio equipment manufacturer in the Soviet Union, accounting for 35% of its output. From 1945 to 1990, it produced 41.5 million products with the RRR logo.

In 1991, after Latvia left the USSR, Radiotehnika RRR became one of the major manufacturers of home and professional Hi-Fi acoustics in Eastern Europe.

On April 30, 2015, the company announced the sale of an abandoned factory building and in early 2018 it was demolished. A store for home and garden was erected on the site of the destroyed building.

If we talk generally about the country’s economy, then Latvia is a member of the European Union – the largest single market in the world. The average salary in the country has doubled since Latvia joined the EU, reaching 546 euros in 2013 (after taxes). The country met the Maastricht criteria and joined the Eurozone on 1 January 2014. Latvia has the third smallest budget deficit – 0.9%. The national debt of the republic is currently the fifth smallest in the EU.

At the end of the video there appears a photo with the phrase “the Latvians are leaving the country”, which shows a walking man with a suitcase. 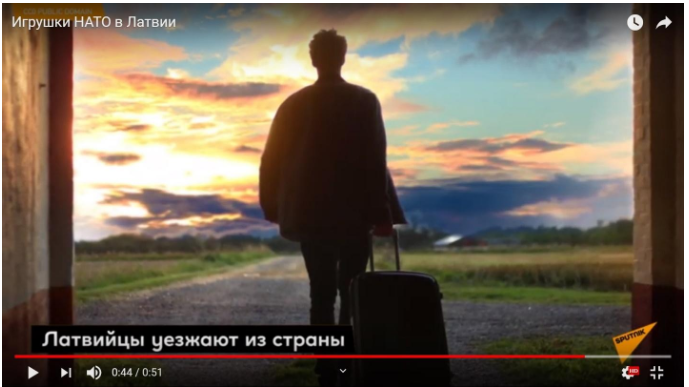 If we analyze the emigration from the country, then indeed the country has problems with the outflow of the population. However, the Latvian emigration has its own characteristics, at the same time repeating global trends. But emigration is in no way connected with the presence of NATO forces in the country or with the allegedly destroyed industry.

During the period 2009-2016, Latvia lost 120 thousand people of working age with secondary and higher education, which is equivalent to 11.3% of this category of the population at the end of the period. Over the same period, 64,000 people with higher education left the country, which is 17.4% of the highly educated Latvians at the beginning of 2017.

Brain drain today is a global trend. A similar situation can be observed in the neighboring Baltic countries. However, in most countries, the natural population growth does not make it possible to feel the outflow of the population in these countries. Both the people and the government of Latvia perceive emigration as a very serious problem.