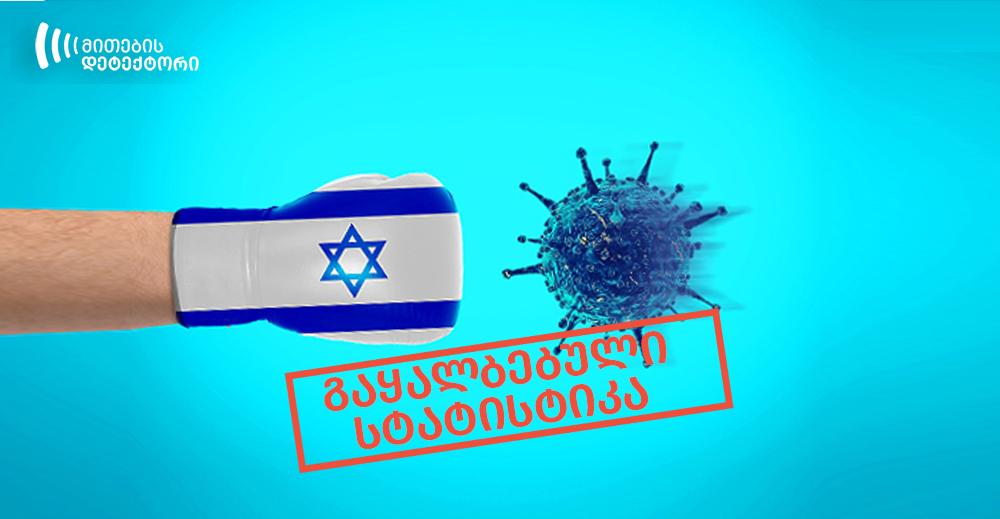 On February 14, a homeopath Tina Topuria published a post on Facebook. She claimed that the death rate among the vaccinated exceeded the death rate among the unvaccinated, yet the vaccination goes on. She shared a post by a Russian edition universe-tss.su, which repeats the claim mentioned in the post, but the title of the Russian publication emphasizes deaths of vaccinated elderlies: “The secret became clear: in Israel vaccinated old people die more often than unvaccinated” (“Тайное стало явным: В Израиле привитые старики умирают чаще, чем не привитые”). The text specifies that more people above the age of 85 died after the vaccination in Israel than throughout the entire 2020 and notes that this trend is identical with people older than 65. 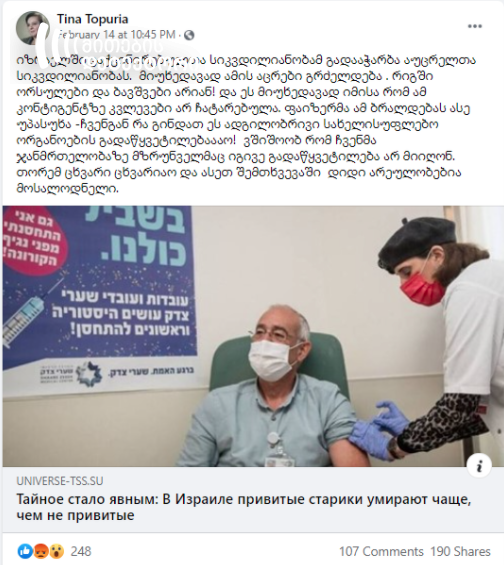 As of February 19, Topuria’s post had 190 shares. Moreover, the universe-tss.su link had been shared in four Georgian Facebook groups.

1.  Out of all COVID-19 deaths in Israel in January, 97% fell on the unvaccinated

As of February 18, a total of 5,486 people had died in Israel from the coronavirus. Death rate was high in January – 30% of all deaths happened precisely in January. However, the Prime Minister of Israel, Benjamin Netanyahu stated on February 9 that 97% of the 1,536 people who died in the last 30 days were unvaccinated.

A February 11 article by the Times of Israel reads that, according to a healthcare provider that vaccinated 523,000 people with Pfizer’s vaccine, only 544 people (0.1%) were diagnosed with the coronavirus, four severe cases have been revealed, but no deaths. According to these data, Pfizer’s vaccine showed 93% efficacy. As of February 18, more than 3.67 million people got their first dose of the vaccine, which corresponds to 28% of the entire population of the country. Twenty-eight percent have already received their second dose as well.

3.  According to the results of a preliminary analysis, there is a 35% lower death rate among the elderly after receiving the second dose of the vaccine.

As for specifically the elderly people, Deutsche Welle, based on a preliminary analysis by Weizmann Institute, writes that there has been a 56% decrease in infections, 42% decrease in hospitalizations, and 35% decrease in COVID-19 deaths among the people older than 60.

Ourworldindata.org offers up-to-date information on the COVID-situation in Israel. The data from the website show that from January 15, which is approximately a month after the start of the vaccinations, infection rate among the people over 60 has been decreasing. In addition, the hospitalization rate among the over 60 is on decline too. 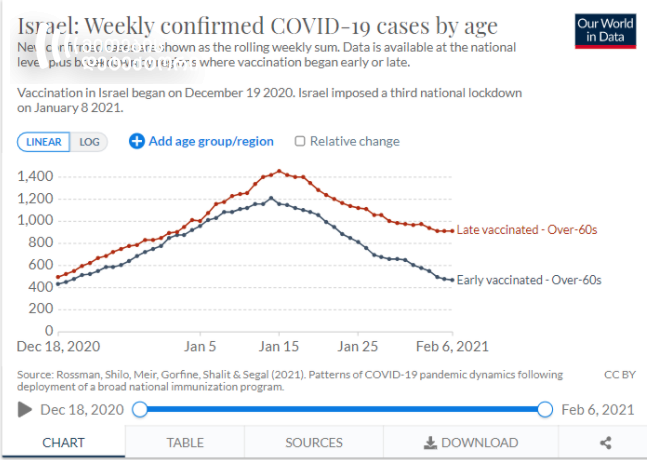 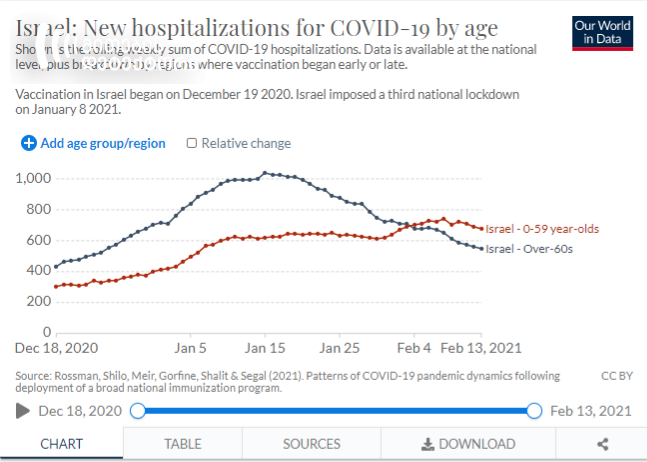 Tina Topuria shares the link to the Russian edition universe-tss.su as the source of information about the death rate among the vaccinated in Israel. The given edition, in turn, cites a LiveJournal (Russian social networking site) blogger with a pseudonym antiscientism, who claims to be an American blogger, although he only publishes posts in Russian.

According to Whois Lookup, the Russian edition universe-tss.su was registered in 2013 and its IP address is located in Saint-Petersburg. 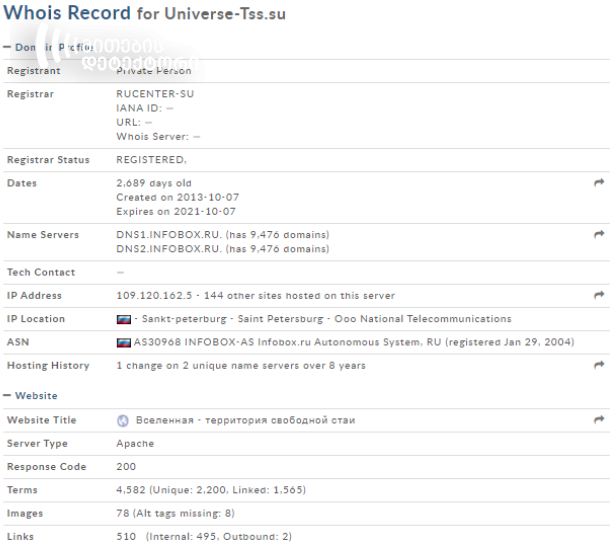 The post by the Facebook user David Segal indicates several links as a source, but there is no data concerning the death rate of vaccinated and unvaccinated. The given links show statistical information, such as the number of tests done, number of deaths, number of new cases of COVID-19 by reporting date, sex, and age, as well as the number and the duration of stay of the hospitalized patients. Therefore, the said data do not confirm that more vaccinated died in Israel than unvaccinated. 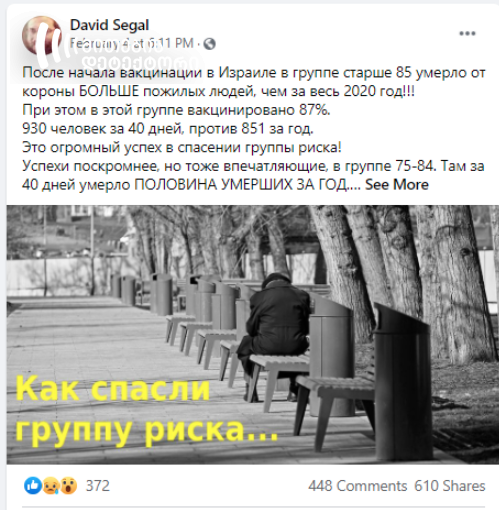