Did the Earthquake in Crete Destroy the Church Used as a Vaccination Center? 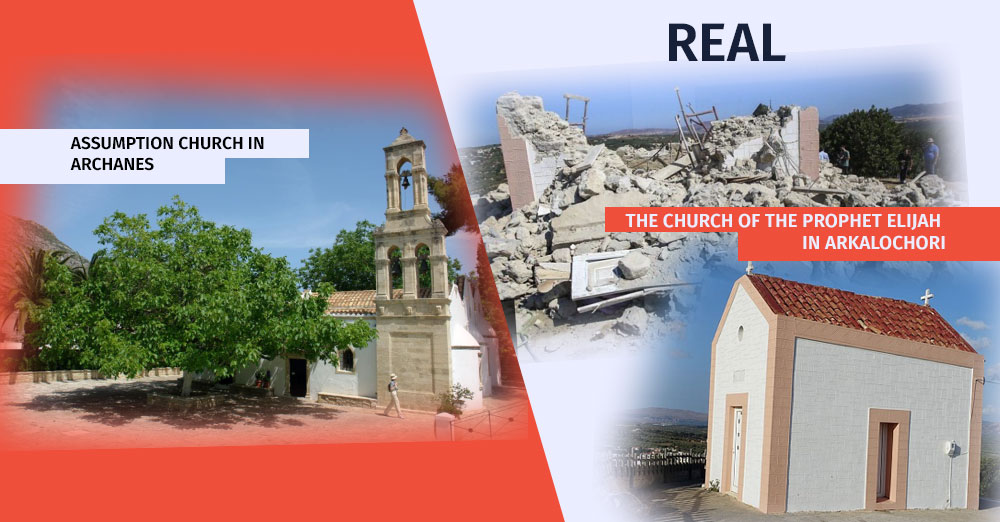 On October 1st, the Facebook profile Lilu Lilu published several photos. One of them depicts a destroyed building, the second one showcases a church, while the third image portrays several people, including a priest. According to the description, In Greece, on the island of Crete, the Church of the Holy Virgin Mary,  where a vaccination center was set up on September 6th, was destroyed by an earthquake. The author of the post notes that “the answer from God was not delayed,” implying that vaccination is sacrilegious. 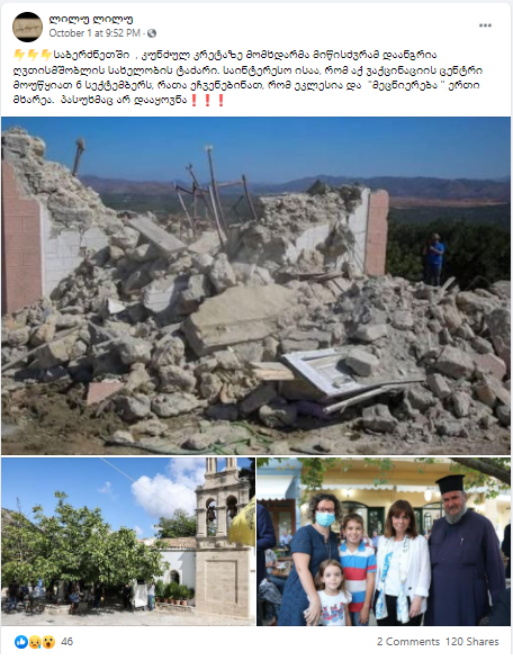 The author of the post manipulatively links the destruction of the church as a result of the earthquake on the island of Crete to the arrangement of a vaccination center in the Church of Virgin Mary. However, the post is based on photo manipulation. The temples are located in two different cities and are named after different saints.

The first photo that showcases the ruins was found using ‘Reverse Image Search’ in numerous Greek and international publications. The photo indeed shows a church destroyed after the earthquake.  A magnitude 5.8 earthquake shook the island of Crete on September 27th and damaged a number of buildings, including churches. However, the church in the photo is not the Church of Virgin Mary, used as a vaccination center since September 6th. 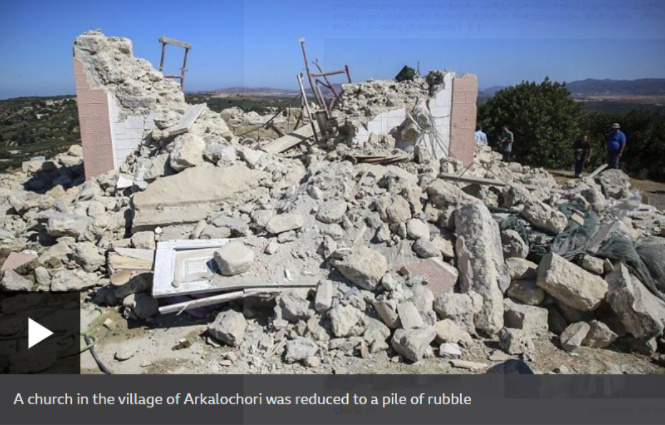 Attached to the post are photos of two different churches; the first – the church of the prophet Elijah, damaged by the earthquake, located in the city of Arkalokhori. The second photo shows the Assumption Church in Archanes. Both cities are located on the island of Crete, but the distance between them is about 18 kilometers. 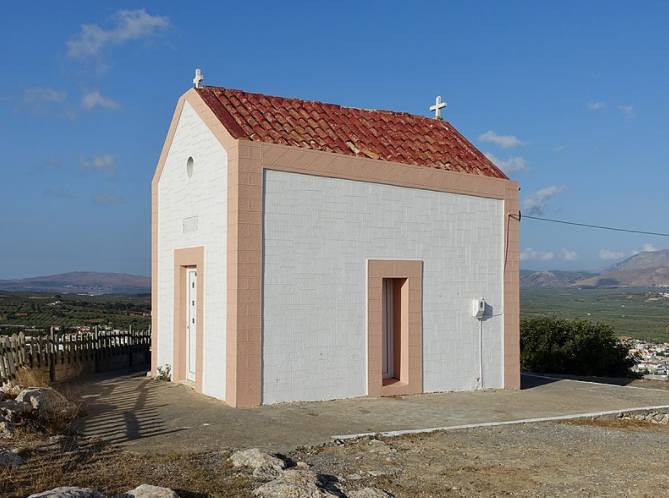 The Church of the Prophet Elijah in Arkalochori 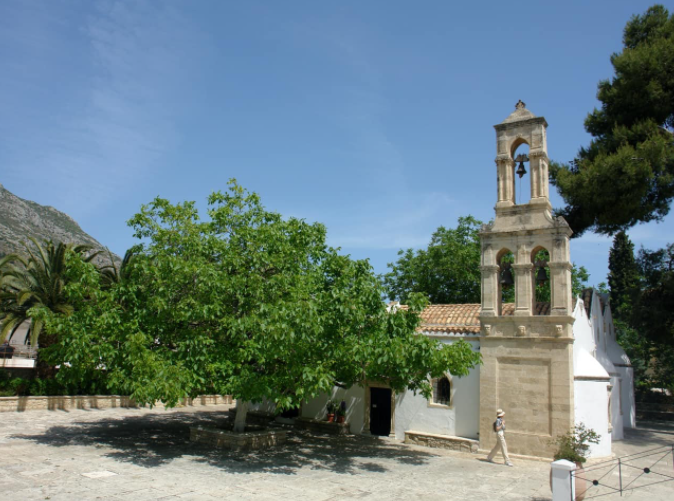 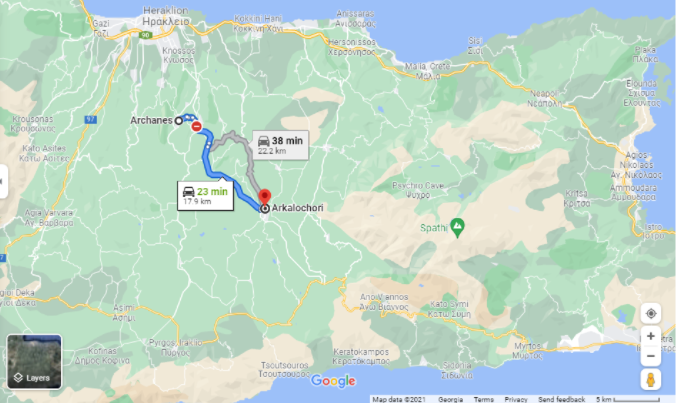 A 62-year-old man involved in the restoration of the Temple of the Prophet Elijah in Arkalokhori lost his life to an earthquake on the morning of September 27th. A photo of the ruins was taken at the scene. These footages make it evident that this area is drastically different from the surrounding area of the Church of the Virgin Mary. 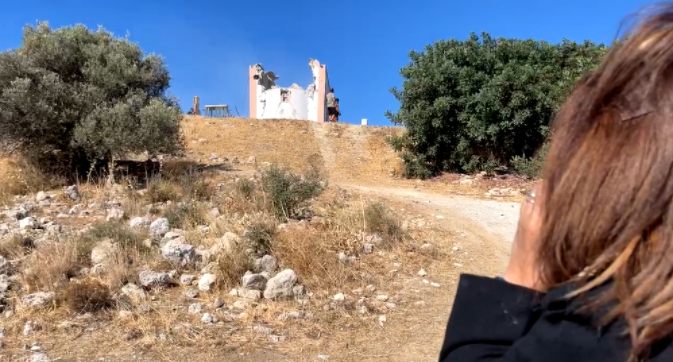 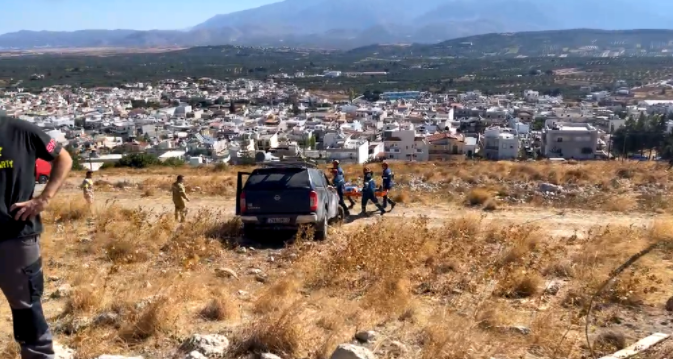 As for setting up a vaccination center in the surrounding area of the Church of Virgin Mary, in Greece, a pilot program was launched on September 6th to encourage vaccination. Surroundings areas of several churches have been used as vaccination spots, including the area of the Assumption church in Archanes.

The third picture attached to the post can be found under the news section featured on the official website of the President of Greece, which showcases the president of Greece meeting and congratulating the local priest on the opening of the vaccination center. 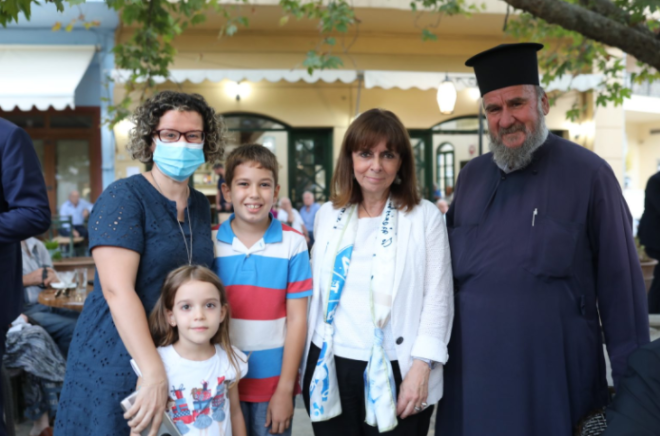 Facebook URL of “Lilu Lilu” – the author of the post –  indicates lela abaishvili. Lilu Lilu has uploaded only one profile photo on her profile, making it impossible to find out who the person behind the profile is. The profile has more than 1000 subscribers and often publishes posts with anti vaxx content. 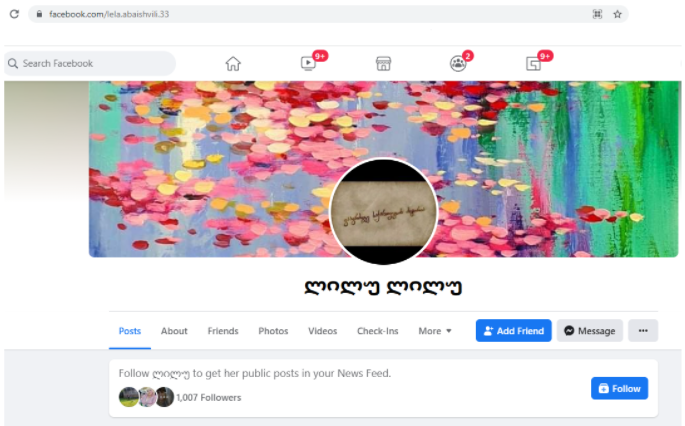