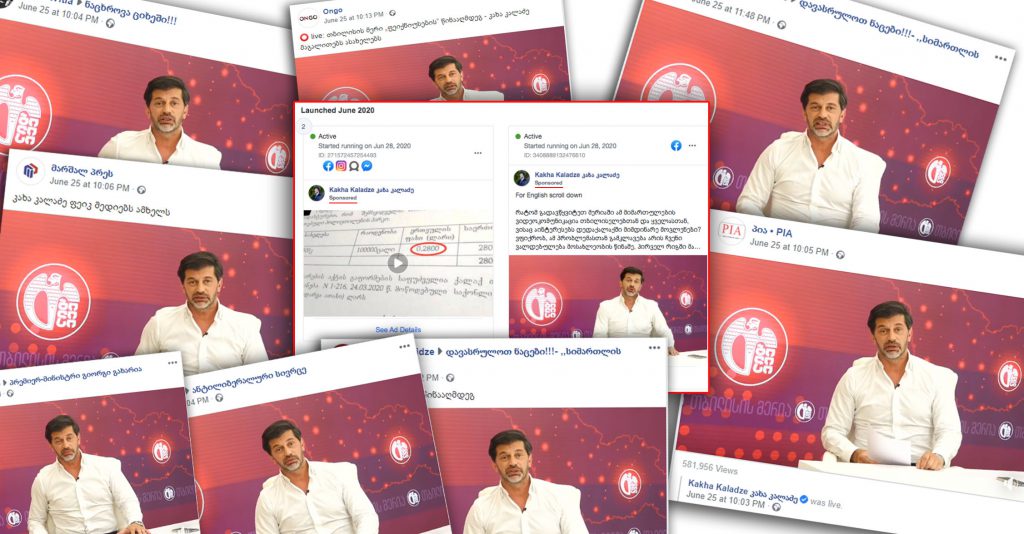 Update: Shortly after Myth Detector published its article, the press office of Tbilisi City Hall clarified in the conversation with Radio Liberty that Kaladze paid his own money for the ad against three TV channels; however, the exact amount was not specified.

On June 25, 2020, a bilingual (Georgian-English) post was published on the official Facebook page of Tbilisi Mayor Kakha Kaladze. The post was accompanied by a video, where Kaladze talks about the campaign launched by him to fight the spread of fake news. The program, which, as Kaladze claimed, was about the TV stories aired by “False Mtavari Arkhi,” “First in the Lies” (TV Pirveli is translated as First TV in English) and “Formula,” actually involved Kaladze’s analysis of the stories aired by the TV channels – all three TV channels pursue editorial policy critical of the government. The material was published as a sponsored post. 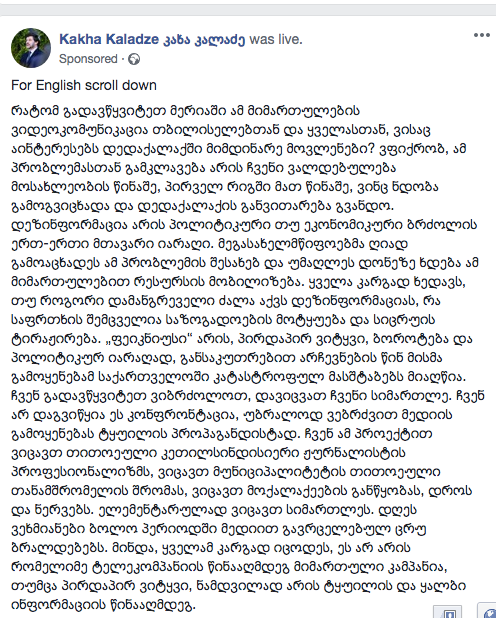 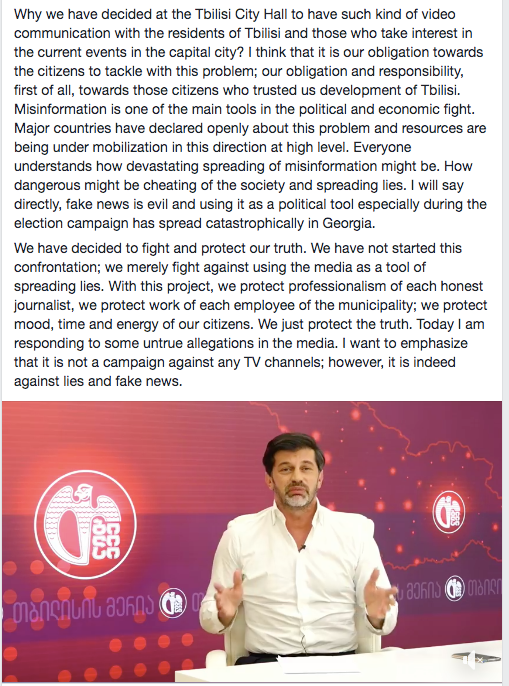 After rechecking the information using CrowdTangle social monitoring platform, it appeared that as of June 29, two posts on the same issue had been sponsored on Facebook. 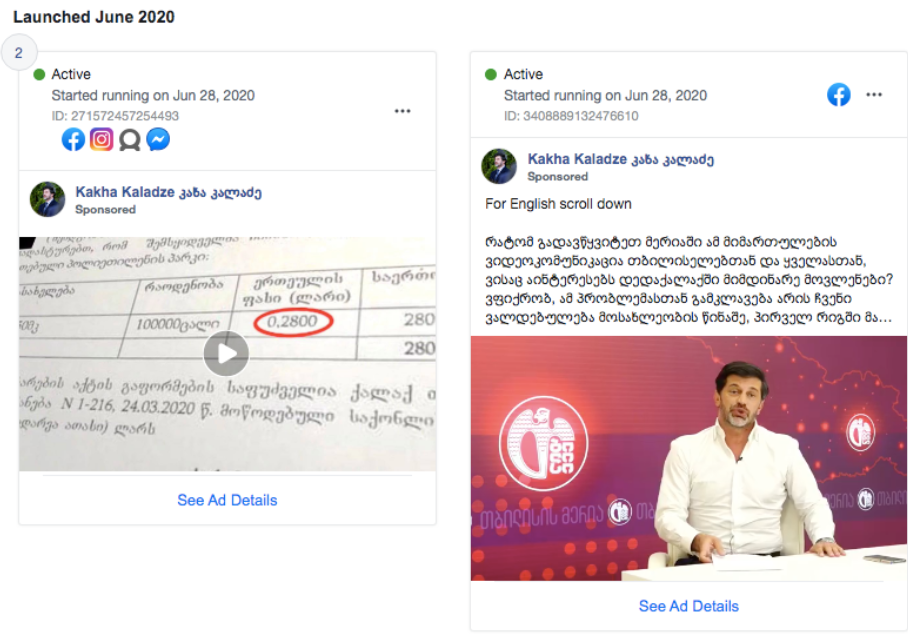 Kaladze’ s post was shared by 46 Facebook pages and public groups, including pro-government and anti-opposition pages, various thematic pages and groups, as well as Facebook pages of three media outlets. 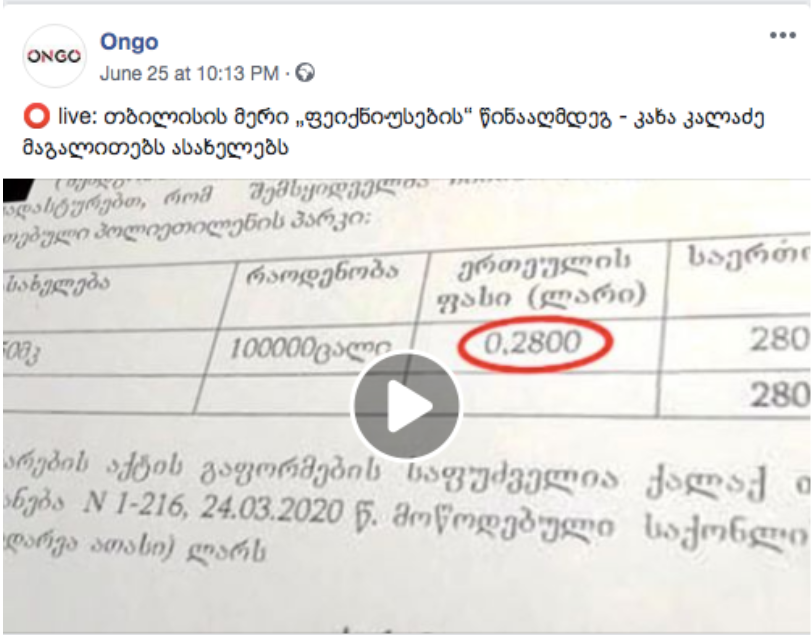 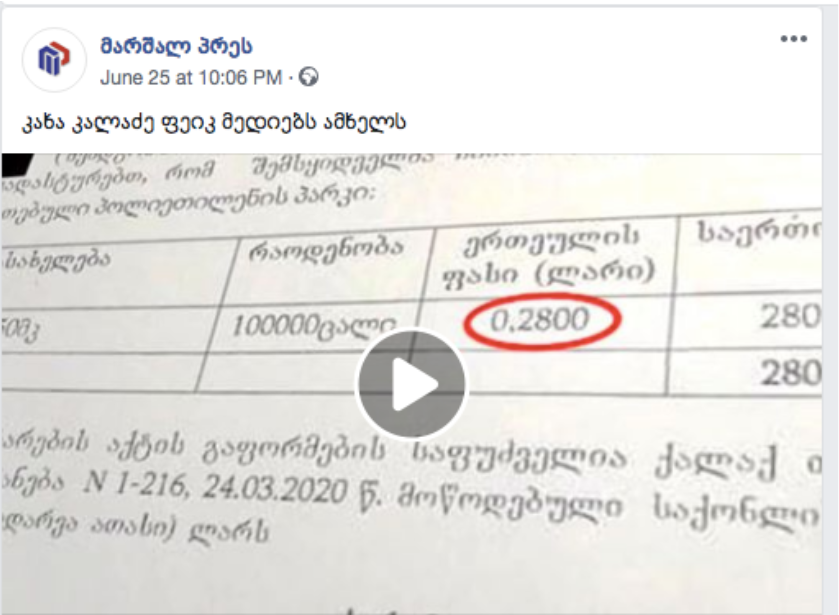 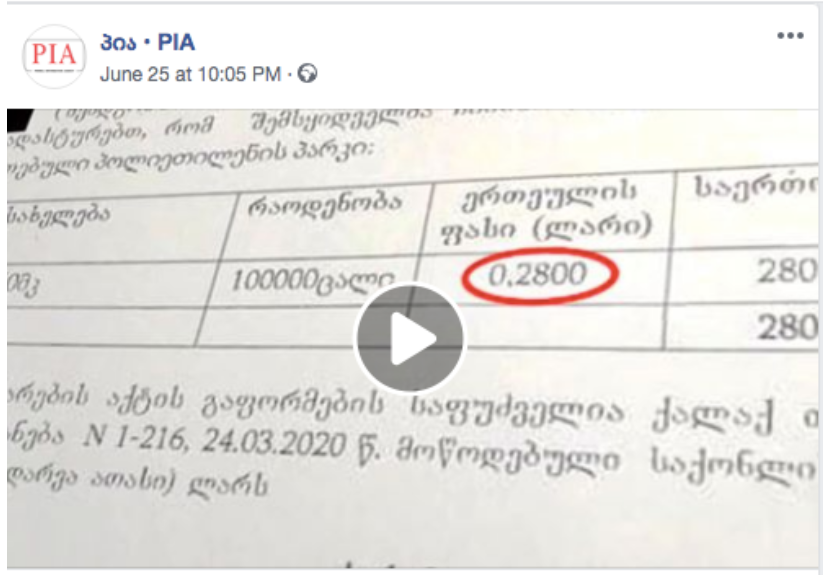 How much does Tbilisi City Hall spend on social media advertising?

According to the information provided by the State Procurement Agency, GEL 170,000 was envisaged for 2019 to sponsor the information related to the activities of Tbilisi City Hall, its subordinate agencies and district administrations on Facebook and Instagram (purchase order CMR190000570). According to the purchase order (CMR200001380) posted on the Agency’s website, GEL 170,000 will be allocated in 2020 to advertise the Tbilisi City Hall’s activities on social media.