Did Gavrilov respond to Buba Kikabidze’s Russian song on Facebook? 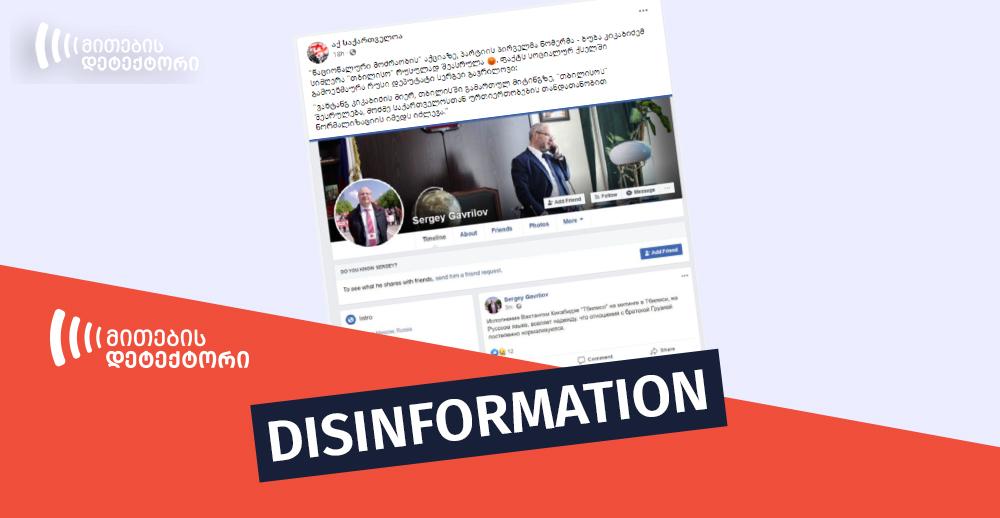 On October 29, the Facebook page  „აქ საქართველოა“ (Here is Georgia) published a screenshot of the deputy of the Russian Duma, Sergei Gavrilov’s Facebook profile, where a Russain post about Buba Kikabidze can be seen. The page writes that Sergei Gavrilov responded to Buba Kikabidze, number 1 on the party list of election bloc,  performing part of “Tbilliso” in Russian at the “United National Movement Rally” and noted that this fact gives hope of normalizing relations with brother Georgia. 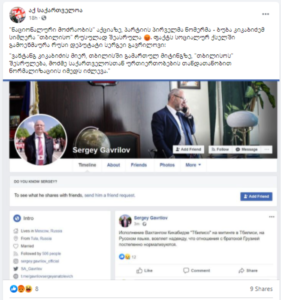 The disseminated screenshot is fake and quotation of Gavrilov – invented. In reality, post with such content cannot be found on Sergei Gavrilov’s Facebook profile. Buba Kikabidze performing part of the song “Tbiliso” in Russian at the rally organized by the “United National Movement” on October 29 did not get any response from the Russian politician on any other social network as well.

As of 17:00, October 30, Sergei Gavrilov’s Facebook profile has only 4 published posts of 29-30 October. Neither of those is related to Buba Kikabidze performing a part of “Tbiliso” in Russian, rally in Tbilisi, or Russian-Georgian relations.  Post with such content cannot be found on Sergei Gavrilov’s other social networks – Twitter and Instagram as well.

Moreover, the link of Sergei Gavrilov’s post isn’t attached to the posts containing the screenshot, which raises more questions regarding the authenticity of the post. 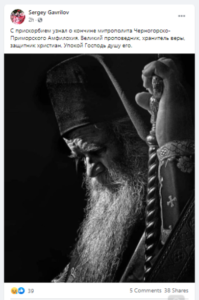 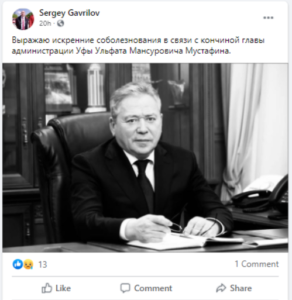 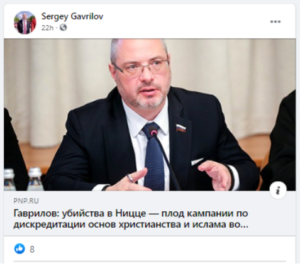 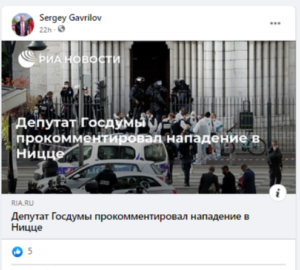 Dissemination of the fake screenshot

As of October 30, a post published on the page “Here is Georgia” has 8 shares. Post from the mentioned page was shared in the group წინ საქარათველო უკეთესი მომავლისაკენ !!! (Go Georgia for the Better Future). 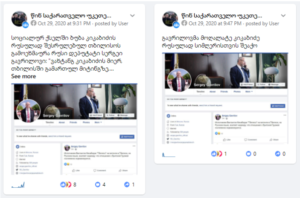 Fake screenshot of Sergei Gavrilov’s post is disseminated manipulatively in the pre-election period to link the National Movement’s activities to the Deputy of Russian Duma.

On June 20, 2019, Russian deputies occupied the plenary session of the Georgian parliament. Among them,  a member of the Communist Party of the Russian Duma led the session of the Inter-Parliamentary Assembly on Orthodoxy from the chairman’s chair. Opposition and civil society protested what happened, which was followed by dispersion of protest rally known as “Gavrilov’s night”  using tear gas and rubber bullets.