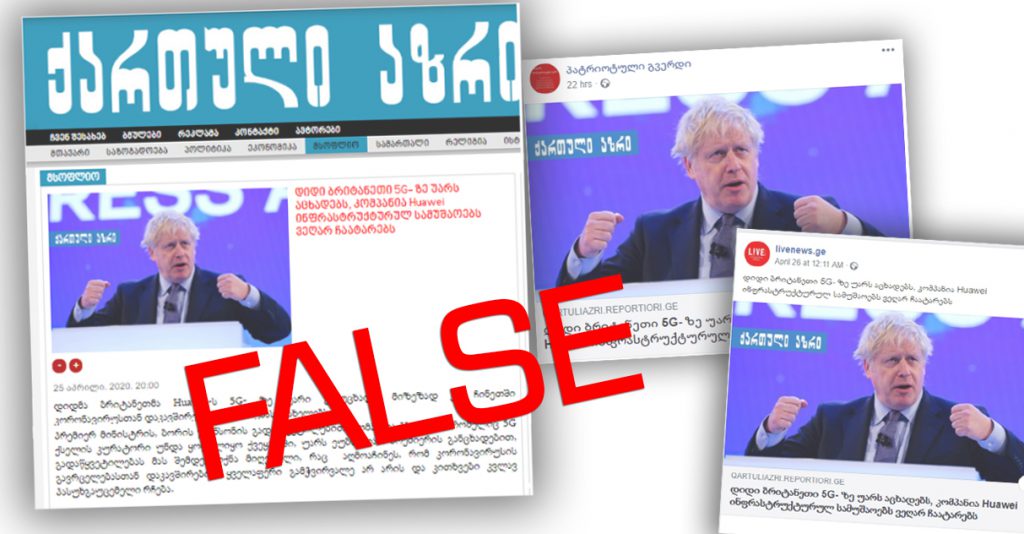 On April 25, a news portal Georgian Idea published an article headlined “Great Britain rejects 5G, the company Huawei can no longer carry out infrastructure works.” According to the article, Huawei, which should have been a 5G vendor in Great Britain, can no longer do this work, following a relevant decision by the British Prime Minister. The article also reads that the questions about the spread of COVID-19 remain unanswered and just this circumstance has been cited as the reason behind Boris Johnson’s decision to ban Huawei from Britain’s 5G network. The article by New York Post is referred to as the source of information. 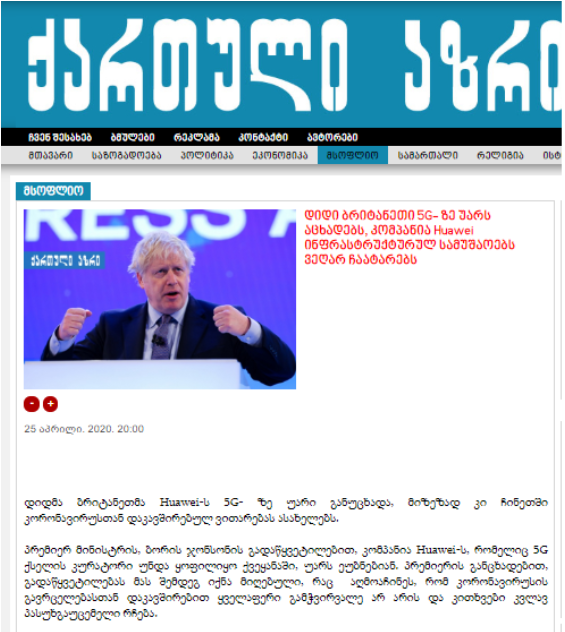 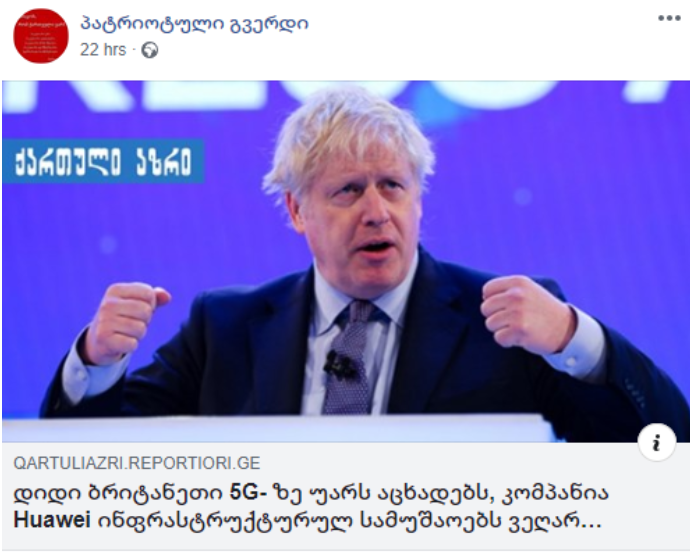 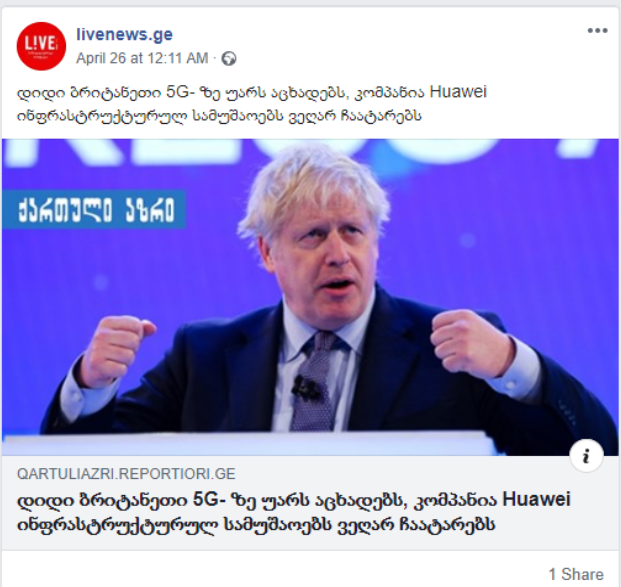 The article published by Georgian Idea is disinformation, because Great Britain has not rejected cooperation with Huawei on 5G project. Furthermore, Huawei is not a 5G vendor in Great Britain, but rather it has been granted a limited role in developing the UK’s 5G network.

Discussions have reopened recently whether the UK should allow Huawei to have a role in building the country’s 5G phone network. In response, the UK government said that Huawei will be allowed into what the government said were non-sensitive parts of its 5G network. Thus, the agreement between Huawei and the UK has nothing to do with coronavirus; furthermore, it has not been annulled so far.

Simon McDonald, permanent undersecretary and head of the diplomatic service at the foreign ministry, said on April 21 that the government decided to proceed with an investment but with very strict conditions. He also noted that this is “a firm decision and is not being reopened.”

The article by New York Post referred to by Georgian Idea as its source says nothing about Britain allegedly refusing to cooperate with Huawei. However, it has a manipulative headline, according to which the UK moves to drop Huawei as 5G vendor, citing China coronavirus transparency. New York Post’s article provides not official statements by PM Boris Johnson or the UK government, but rather the opinions by Conservative Members of the Parliament published by Bloomberg on April 16. According to their statements, Huawei is an unreliable partner, because it is part of the state, which does not share western values.

Huawei was founded in China in 1987 by Ren Zhengfei, a Chinese entrepreneur and engineer, and today the company is the world’s second-largest smartphone provider.

The company faced its first problems in 2019, when the U.S. Department of Justice accused Huawei of spying in favor of the Chinese government and stealing American technologies. The allegations were largely driven by the fact that the company’s founder is former engineer of the Chinese army and member of the Communist Party.

Despite accusations, in January 2020, the UK signed an agreement with Huawei, according to which it was decided to let the company continue to be used in its 5G networks but with restrictions.

In particular, the Chinese firm will be banned from supplying kit to “sensitive parts” of the network, known as the core. In addition, it will only be allowed to account for 35% of the kit in a network’s periphery, which includes radio masts. And it will be excluded from areas near military bases and nuclear sites.

A mobile phone network’s core is sometimes likened to its heart or brain. It is where voice and other data are routed across various sub-networks and computer servers to ensure it gets to its desired destination. So, it means that Huawei will have no access to such information.