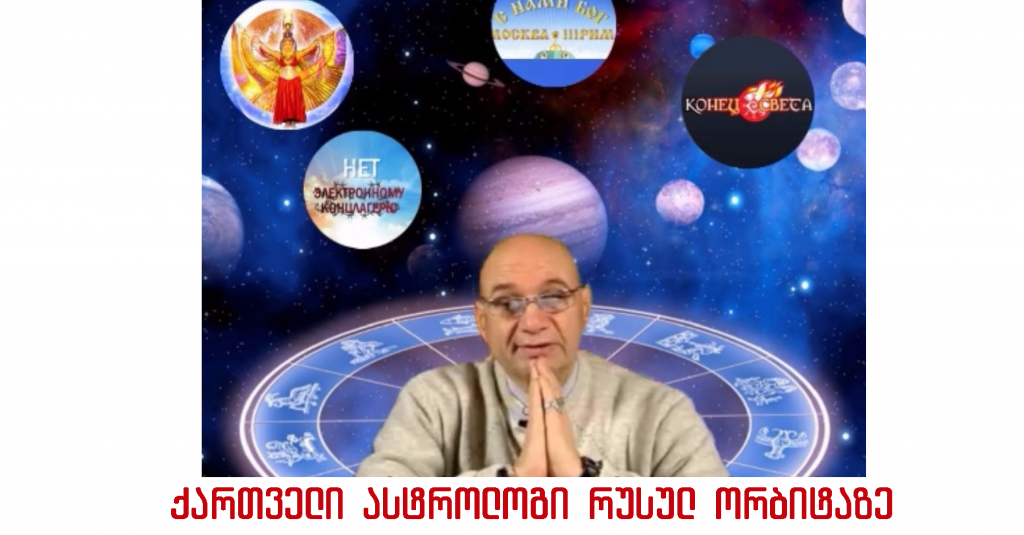 In the issue for the week of October 16-22, newspaper “Asaval-Dasavali” purblished an interview with an astrologer Mikheil Tsagareli, where he claims that electronic chips are being placed under the skin of humans with only a coded number written on them and it can influence normal functioning of the nervous system via satellite signal. As a result the individual is transformed into a subservient zombie.

Mikheil Tsagareli: “They install an implant under the skin where the information and code numbers are stored. They erase given names, only the number on the chip is left intact. Then making use of this chip, they start to act on the nervous system and the person becomes a serf, who is as good as a zombie.”
Asaval-dasavali October 16-22

The information reporting that the embedding of the microchip inside ia human body that makes the carrier a zombie is false. In certain EU states microchips are mandatory among pets, but not humans. These microchips contain multi-digit barcodes that can be read through special scanners. The microchips are placed inside the body of an animal with the needle, and are used for identifying owners of lost pets and obtaining their contact information. EU requires that every pet transported to its territory from non-EU countries be micro-chipped. The barcode makes it possible to link an animal with its veterinary passport and establish the compatibility of vaccination. The assumption that these microchips may have an integrated GPS technology and be used to ascertain the location of an individual is wrong. The only purpose of putting the microchip underneath the animals’ skin is the protection from the threat of diseases and epidemics.

The lone private company to introduce chip implants in the summer of 2017 is the American Three Square Market, offering its volunteer staff members a microchip fixation with the help of a Swedish company. However, the purpose of use for these chips is much more trivial than the conspiracy theorists and misinformative sources try to paint it for us. With the help of these implants, employees can open doors, buy food, log into corporate computers and use photocopiers. Despite the fact that this device is quite convenient, at this stage electronic body implants do not represent a tendency in Western society.

Conspiracy theories of the 2014 -2016 period about the massive chip placings upon the bodies of US citizens take their source from a misinterpretated report prepared by the American TV station NBC from 2007 and the dissemination of propaganda based upon it. In reality, the 2007 report by NBC suggested that by 2017 all Americans would receive a microchip in case of urgent medical care. This chip would have contained medical information that could be necessary during the treatment. Thr report made no mention of the microchip implant being compolsury for every citizen.

Other Georgian Sources of the same Conspiracy Theory

In 2014, a journalist for  Geworld.ge and Obieqtivi TV was the first to mention the chip implant conspiracy, in an effort to create a sentiment of unwillingness towards Georgia’s path of integrating the European Union. An investigation previously prepared by the Myth Detector on this topic dealt with the alleged obligation by the EU to place chips under the skin of newborn babies.

The conspiracy about chips allowing one to dominate over a person, is mainly distributed by various tabloid media outlets and Russian-language web sites who specifically target conspiracy theory enthusiasts and intentionally distribute false information camouflaged as truth. For example, specialised Russian-language resources, like “Program Usmalos” as well as “The Coordinating Committee against the Introduction of an Universal Electronic Card” call their readers to save their communities from “Mass Microchip Implantations”.(see the Table below)

According to reports prepared by EU vs. Disinfo, which publishes a review of messages distributed by the Russian propaganda, an article about the conspiracy to secrely implant microchips in humans was also published by one Czech news website in May 2016. The article states that the New World Order (Totalitarian World Government) plans to reduce the world’s population to 1 billion persons (the so-called gold billion). At the same time, the humans will be given microchips for control.

Since August 4, 2017 Mikheil Tsagareli works as a columnist of Russian Government funded Sputnik-Georgia. 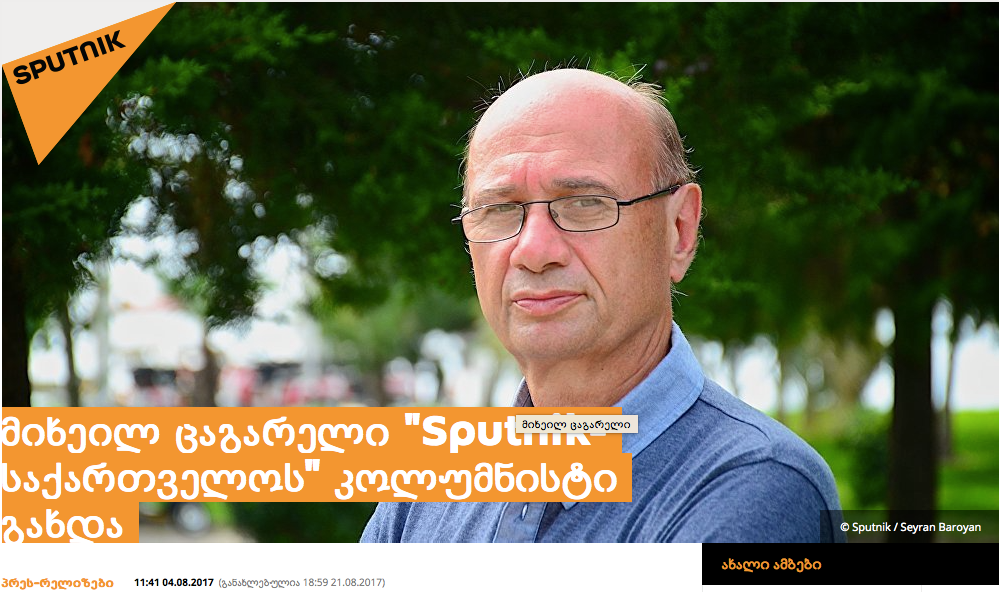