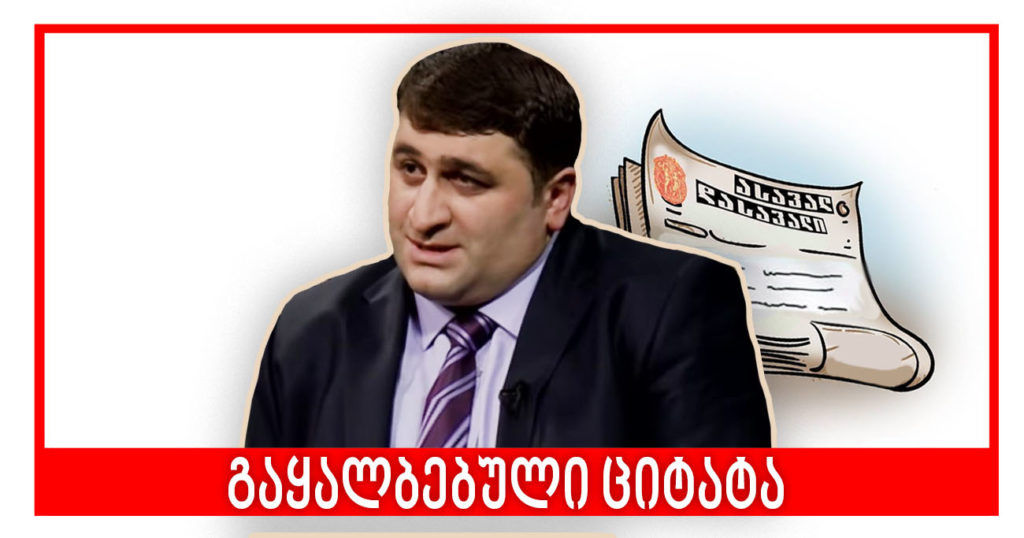 The 11-17 January edition of the newspaper Asaval-Dasavali carried an article by journalist Dito Chubinidze, discussing Turkey-Georgia relations and specifically, the Treaty of Kars. According to Chubinidze, the treaty contains a provision that poses a threat of Adjara breaking away from Georgia and the threat is even more dangerous because 30,000 ethnic Turks have already obtained Georgian citizenship. The journalist also criticized Tariel Nakaidze, a member of the political party European Georgia, for being concerned about Turkish mosques and not caring about churches in Tao-Klarjeti.

Information published by Dito Chubinidze about Article 6 of Treaty of Kars is misleading while the data on the number of Turks with Georgian citizenship is incorrect. A statement by Tariel Nakaidze as quoted by Asaval-Dasavali is distorted.

The Treaty of Kars was signed between Turkey and the three Transcaucasian republics, namely, socialist republics of Azerbaijan, Armenia and Georgia in the city of Kars on 13 October 1921. Apart from establishing the borders, the treaty covered various important political, economic and social issues (the text of the treaty can be accessed here).

Article 5 referenced in the newspaper concerns Armenia and Azerbaijan, not Georgia. Provisions that concern Georgia and particularly, the district of Batumi are provided in Article 6, whereby:

From the perspective of rights of the population of Batumi and the Autonomous Republic of Adjara, the Treaty of Kars speaks about a) the protection of cultural and religious rights; b) the right of the population of the territory to introduce an agrarian system in conformity with its wishes. These two issues are not interlinked in the text. Religious rights are separated in Article 6 to underline that religious and cultural rights of the community shall be guaranteed. As regards land laws conforming with the “wishes” of the local population, all this implies agrarian laws, according to the treaty.

The interpretation of the Treaty of Kars offered by Dito Chubinidze where he speaks about the introduction of land laws in conformity with the religious rights is manipulative.

Furthermore, the rights granted to the population of Adjara under Article 6 of the Treaty of Kars do not pose any threat to the territorial integrity of Georgia; nor are they defined exclusively in this treaty. In the modern world, respect for religious and cultural rights is guaranteed by the Charter of the United Nations, the European Conventions on Human Rights as well as the Constitution of Georgia, while the provision about the introduction of an agrarian system in conformity with the wishes of the population can, in the modern context, be viewed as part of the right to self-governance which is guaranteed to the population of Adjara under the Constitution of Georgia as Adjara is an autonomous territorial unit of the country.

To exaggerate a possibility of emergence of a real threat and a demand on the part of population in Adjara that laws be changed in favor of interests of Turkey, Dito Chubinidze provided false statistics on granting Georgian citizenship to citizens of Turkey. Chubinidze claimed that their number comprised 30,000 during the term in service of President Mikheil Saakashvili alone.

According to the information provided to Myth Detector by the Ministry of Justice, the number of Turkish citizens having obtained Georgian citizenship over the period from 2004 to 2018, that is the length of time exceeding the period of Saakashvili serving as President by five years, comprised 3,050, i.e.,almost ten times less than the number cited in the article.

A similar disinformation was spread by various media outlets and individuals in 2018 and 2020 too. 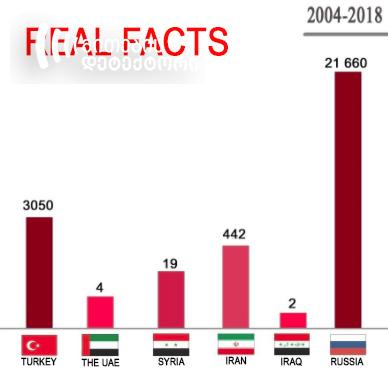 A quote used by Dito Chubinidze, which is attributed to a member of European Georgia and former chair of the Georgian Muslims Union, is distorted. This distorted comment was first published by online portal Mediacity in 2014:

“Our main demand is the construction of a mosque and we do not care about the fate of Georgian monuments in Turkey. Even if Oshki and Ishkani crumble down, it is not our business! We do not care.”

It should be noted that Tariel Nakaidze filed a complaint against that article with the Charter of Journalistic Ethics, claiming that he never made the comment in this form and that it was deliberately distorted by the journalist.

The defending party to the complaint presented a transcript of a telephone interview to the Charter, which showed that Tariel Nakaidze said the following with regard to Oshki and Ishkhani:

The omission of the phrase “god forbid” has changed the meaning of Tariel Nakadize’s comment, giving it a negative connotation. As Tariel Nakaidze noted in the complaint, he always considered the issue of religious buildings from the perspective of legal rights, not the reciprocity with a neighboring state:

“The right to use a religious building of Muslims, as well as the freedom of belief of various religious denominations, is a legitimate right guaranteed by the Constitution of Georgia and I personally have always considered it from the perspective of legal rights, not the reciprocity with a neighboring state.”

The Charter of Journalistic Ethics found that Principles 1, 5 and 7 of the Charter were breached in this case.