Are EU Flags Massively Removed in France and Italy due to Coronavirus? 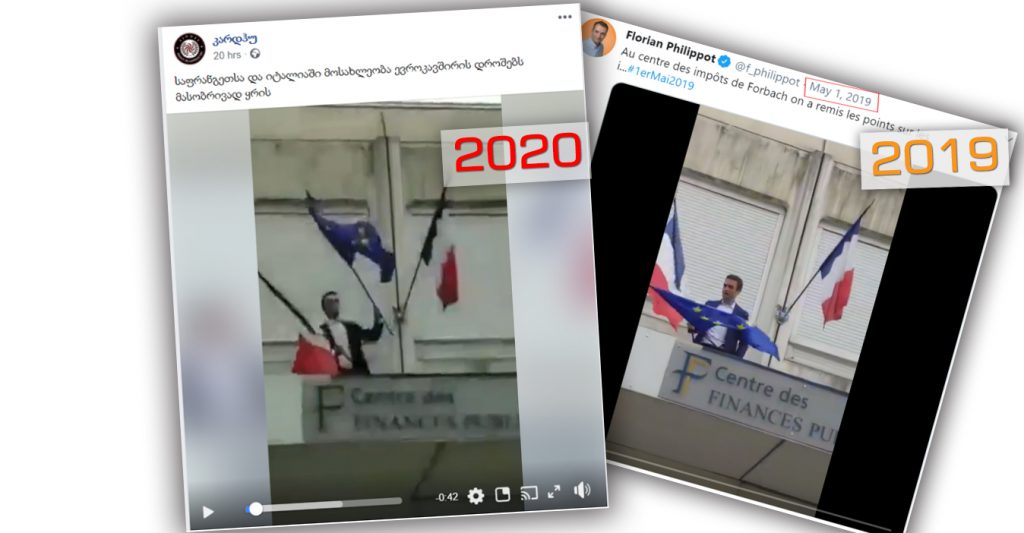 On April 5, an anti-liberal page „კარდჰუ“ (“Kardhu”) published a video, captioned “People are massively getting rid of EU flags in France and Italy”. The video shows a footage of a man removig the EU flag to replace it with the flag of France. The video had 48 shares as of April 6. Users in the comments and posts have written that coronavirus woke EU member countries up and that the union will soon get dissolved. 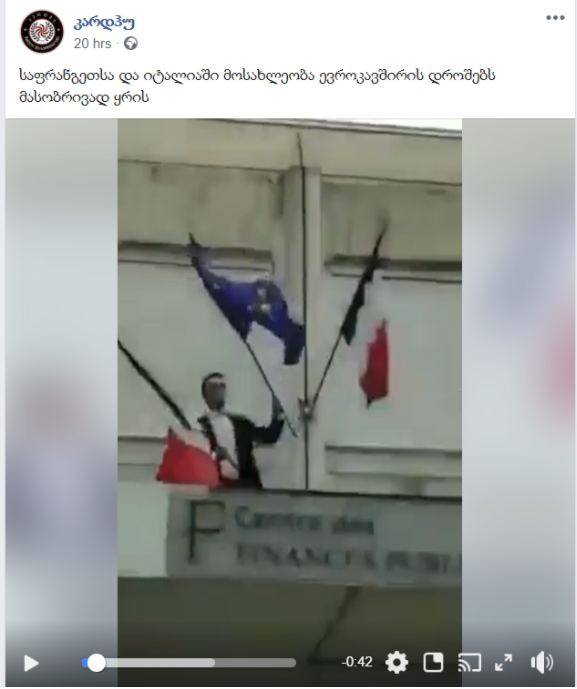 Using InVID software, it is possible to divide the video, published by Kardhu, by frames. The search of these frames shows that the video was recorded in May 2019, several months before the first confirmed COVID-19 case. 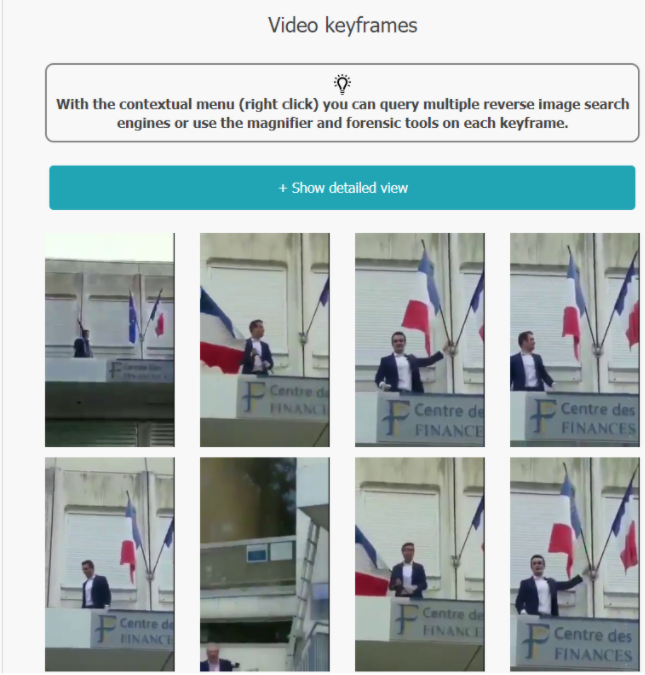 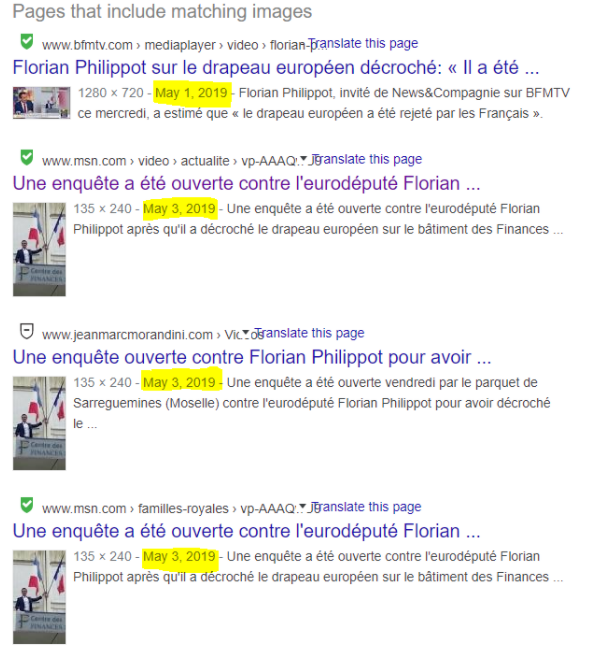 The video was recorded on May 1, 2019 and shows Florian Phillippot, a former member of Marine Le Pen’s pro-Russian party, National Rally, removing the EU flag from the Public Finance Center in Forbach, France. Phillippot disseminated the video via his own Twitter account. 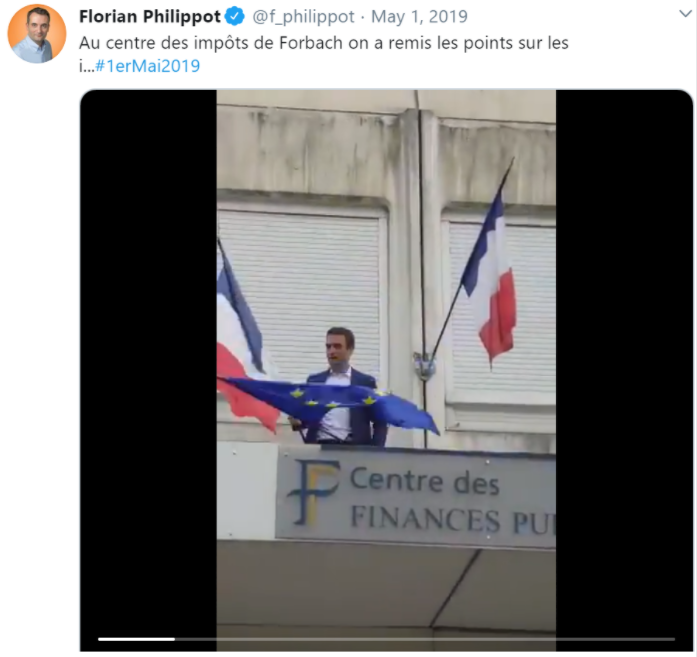 Florian Phillippot was the Vice President of National Rally (then National Front) and the right hand of Marine Le Pen in 2012-2017. After suffering a defeat in the 2017 Election, he left the party to create his own – the Patriots.

Several days before the video with the same claim was disseminated, that the Italian man replaced EU flag with the Russian one. The BBC was able to get in touch with an Italian man who confirmed that he was the one raising Russian flags outside the business he owns to express his gratitude to Russia; at the same time, he explained that raising a foreign flag instead of the European flag was not an unusual event, as he holds flags from different countries in stock as a gesture to welcome international his business partners, one of which is a Russian company. 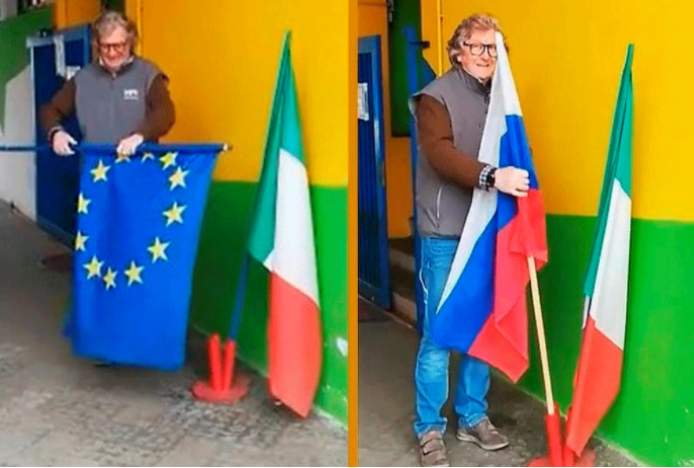 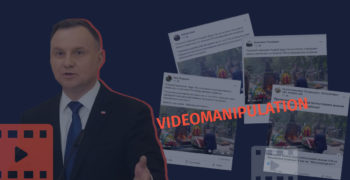