Alt-Info: Financial Aid of the U.S. to Georgia is Significantly Smaller than Russian Aid to Abkhazia 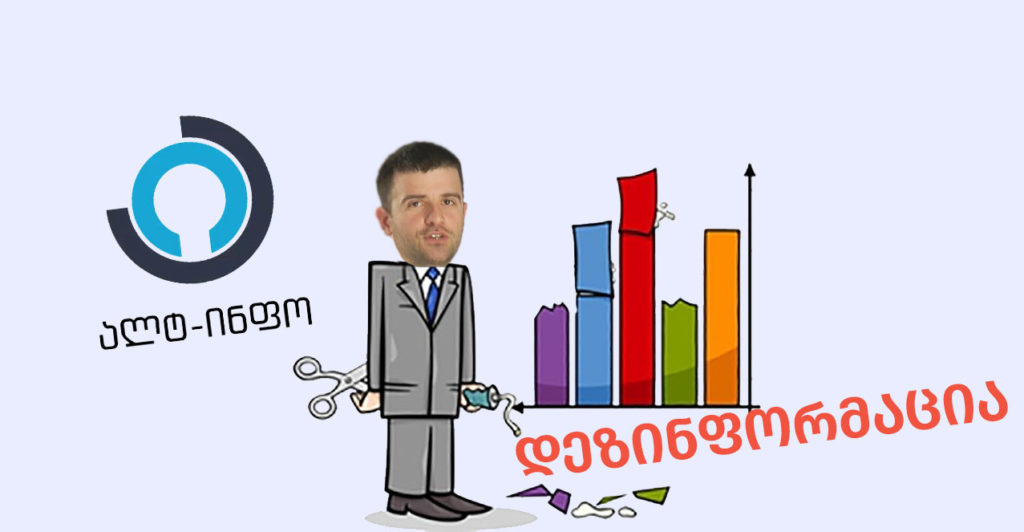 On July 30th, 2021, Giorgi Kardava, the host of “Alt-Info’s” program “Alt-Analytica,” discussed the financial aid that Georgia had received from the United States. Kardava claimed that the largest amount of financial aid Georgia received from the U.S. was in 2014 and amounted to around 184 million USD. The host stressed that each year Abkhazia receives a significantly larger amount of aid from Russia. To illustrate the following, Kardava has used the “Geostat” data about the U.S. Foreign Direct Investments (FDI) in Georgia.

The data on the Foreign Direct Investment provided by Giorgi Kardava to showcase the amount of financial support received by the U.S. is irrelevant since the foreign direct investment (FDI) is an investment made by a firm or individual in one country into business interests located in another country and does not reflect the aspect of funding projects, giving grants, providing direct financial assistance and etc.

The exact amount of yearly financial support from the U.S. is available on the USAID website. The largest financial support was received after the Russo-Georgian war in 2009, when the U.S. sent a total of 622 million USD, while in the period of 2015-2019, Washington helped Georgia with an average of 118 million USD.  According to the Congressional Research Service report, the amount kept increasing in the upcoming years, when Georgia received 140 million USD in 2020 and 132 million USD in 2021. The report considers Georgia as one of the biggest receivers of U.S. financial aid in Europe and Eurasia.

In total, in 1992-2020, Georgia received 4 348 400 000 USD from the U.S. In the 1990s, the U.S. sent 860 million USD to Georgia, while in the 2000s, the country received the largest amount of U.S. financial support per capita. The financial aid received from the U.S. is allocated in the spheres of education, economic development, peace, democracy and human rights protection. In 2005, Georgia received a 5 year-long grant from the US-created “Millennium Challenge Corporation,” amounting to 295 million USD. The same grant was renewed in 2010 as well, and the received support of 140 million USD was focused on fostering education reforms.

It is worth mentioning that the U.S. is funding 35 different projects in Georgia aiming to foster democracy and economic development. In addition, the U.S. even supports the strengthening of the military potential of Georgia. For instance, only in 2019 Georgia has received 30 million USD in the “Foreign Military Aid Program” framework.

As for the financial resources received by the non-recognized Republic of Abkhazia from the Russian Federation, the amount of financial support is significantly less. The information regarding the Russian foreign direct investments and direct financial contributions received by Abkhazia is not available. However, according to the official website of the de facto President, within the framework of the “Investment Program to Support the Socio-economic Development,” in 2017-2019, Abkhazia received a total of 4 292.1 million Russian rubles (58.6 million USD). In 2019 the financial support of the Kremlin to Abkhazia amounted to 4 830.1 million Russian rubles (65.9 million USD).

In 2019, Russia promised the de facto government of occupied Abkhazia to allocate a total of 4.5 billion Russian rubles (65 million USD) in 2020-2022; nonetheless, due to the pandemic, the funding of the infrastructural reforms has been stopped for 6 months.

The media platform “Alt-Info” is linked with Levan Vasadze’s political party “Unity, Essence, Hope (ERI). The hosts of Alt-Info were actively involved in organizing the demonstration held against Tbilisi Pride on July 5th, 2021 and were actively encouraging violence. The anti-Western, anti-liberal rhetoric of “Alt-Info” became even more apparent after the events of July 5th. Both the supporters of Vasasdze’s “ERI” and the hosts of “Alt-Info” stressed the importance of using violence as a primary tool for the political and ideological fight and were encouraging the ordinary citizens to burn EU flags. “Alt-Info” has strong ties with Aleksandr Dugin, the Eurasia Movement founder and a right-wing philosopher. Dugin has been supportive of the violent events of July 5th and its aftermath on social media and has appeared as a guest on “Alt-Info’s” programs along other ideologues of the Kremlin.

After Facebook, in 2020, deleted accounts linked to Alt-Info for coordinated inauthentic behavior, Alt-Info obtained a broadcasting license and went on the air in 2021. It obtained general broadcasting authorization on 26 November 2020.

The owners of Alt-Info are Konstantine Mogoshia’s aunt (50 percent) and a presenter of the program, Shota Martinenko (50 percent). Alt-Info Ltd was registered in the Public Registry on January 28, 2019. Konstantine Morgoshia is a former member of the far-right Georgian March and the former majoritarian candidate (in 2016)  from the Alliance of Patriots party. Konstantine Mogoshia, registered a new organization, Alternative for Georgia, in 2019; in addition to Morgoshia, co-founders of this organization are presenters of Alt-Info, Shota Martinenko and a Russian citizen Giorgi Kardava, also, Irakli Kizilashvili who is registered at Martinenko’s living address.

The Alt-Info website, publishing news items, was created on 11 June 2017, according to Whois Lookup.

According to the most recent data (August 2021), the programs of “Alt-Info” are being shared by the Facebook page “Alter-platform.” The page was created on July 19th, 2021, only after Facebook removed all the Alt-Info related pages due to instigating violence against the “Tbilisi Pride.” Right before the demonstration of July 5th, six new “Alt-Info” and Levan Vasadze-linked Facebook pages were created. One of the six – “Alt-Information,” has been removed from the platform, while the remaining five are still available and actively share “Alt-Info’s” content. (‼️მნიშვნელოვანი‼️, კონსერვატორი, ტრადიციონალისტური პლატფორმა, ეროვნული იდეოლოგია-უალტერნატივოა, სარკრაზმელები.) There is also a public group of Alt-Info on Facebook, which is administered by Giorgi Odzelashvili. Furthermore, “Alt-Info” actively seeks to mobilize the audience through other social networks such as Viber and Telegram.

Disinformation regarding the amount and aim of the financial support received by the U.S. has been regularly disseminated by pro-Russian actors, including “Alt-Info.” For more, see the articles of “Myth Detector:”