Alliance of Patriots against Term “Russia is an Occupier” 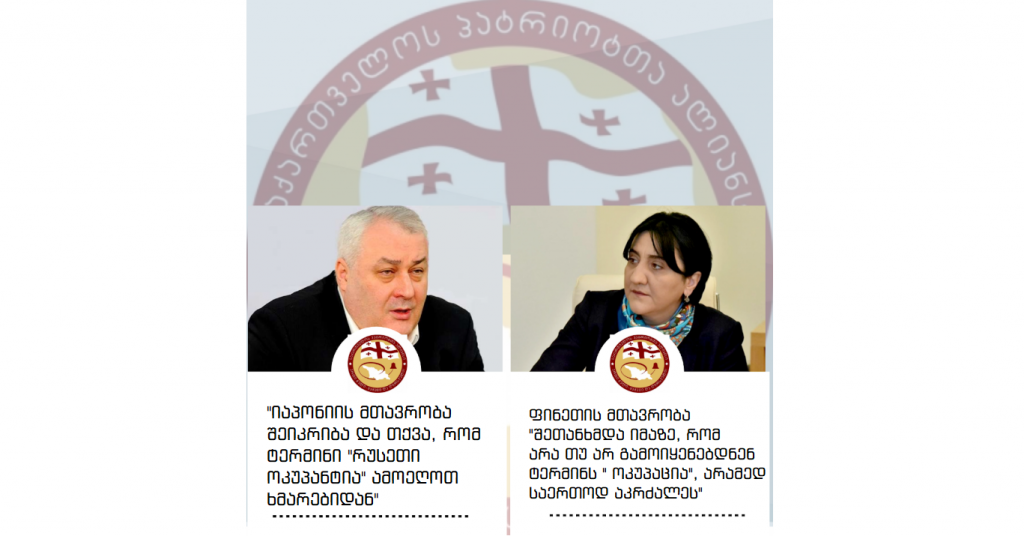 In the interview with Obieqtivi TV on July 22, Davit Tarkhan-Mouravi, one of the leaders of the Alliance of Patriots party, compared the situation in Japan with Georgia, in respect of Russia, and spoke about Japan’s strategy that, in his opinion, brought peace and stability to the country. Davit Tarkhan-Mouravi focused on two issues: 1. The Japanese government no longer uses the term “Russia is an occupier”; 2. Georgia, like Japan, should reject the term in order to normalize its relations with Russia.

Davit Tarkhan-Mouravi’s statement as if the Japanese government refuses to use the term “Russia is an occupier” is not true. Japan is still openly asserting its territorial claims for the Kuril Islands, accusing Russia of illegal appropriation of these territories.

The issue of illegal appropriation of the Kuril Islands by Russia has not lost relevance and is still kept on Japan’s agenda. Protest rallies are being held in the country demanding the return of the Kuril Islands and the Japanese government is openly asserting its territorial claims, calling on Russia for fair dispute resolution.

Japanese Prime Minister Junichiro Koizumi said in 2004 that Japan would not resolve the dispute after the return of two islands alone and that peace treaty would be concluded only after Japan restored control over all of its islands. In particular, the Japanese side has claims for four islands mentioned in the 1993 Tokyo Declaration on Japan-Russia Relations, signed by then Russian President Boris Yeltsin.

Meanwhile, hundreds of activists rallied in Tokyo as Russian President Vladimir Putin visited Japan in December 2016. The protesters were demanding that Russia gave up control over the disputed part of the Kuril Islands.

Russian Foreign Minister Sergey Lavrov and his Japanese counterpart, Taro Kono met in January 2019, but failed to reach an agreement. Thus, the dispute over the Kuril Islands remains unresolved.

The G20 summit held in Osaka on June 28-29, 2019, where Japan circulated a map showing a disputed island chain as Japanese territory, is yet another confirmation that Japan still protests Russia’s actions in respect of the Kuril Islands.

The dispute between Japan and Russia on identifying a legitimate owner of the Kuril Islands has a long history. The disputed islands were first explored by the Japanese in the seventeenth century. The original map of the Kuril and Sakhalin islands was created by the Japanese. Japan claims the Ainu, the indigenous population of the Kuril Islands, including the four disputed ones, as a Japanese minority, but Russia argues that the Ainu took Russian citizenship sometime between 1711 and 1738.

There are a number of agreements between Russia and Japan, but Russia either does not fulfill or fulfills them in its own favor, misinterpreting them. One of the first agreements is the Treaty of Shimoda signed in 1855, according to which the Southern part of the Kuril Islands was transferred to the possession of Japan. Among them are four islands: Shikotan, Kunashiri, Etorofu and Habomai. According to the treaty, consisting of nine articles, Sakhalin would remain un-partitioned between Russia and Japan and it would be jointly controlled with settlers from both countries.

The Treaty of Saint Petersburg was signed in 1875, according to which all the eighteen Kuril Islands had to be transferred to Japan, while the Japanese government had to recognize Russia’s full jurisdiction over the Sakhalin Island. However, following the World War II, Russia violated the treaty and seized the Kuril Islands from Japan. 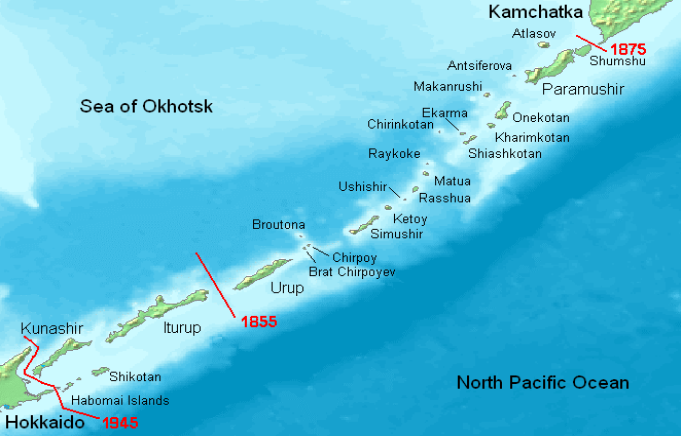 As a result, the two countries cut diplomatic relations till 1956. In 1956, the Soviet Union and Japan signed the Joint Declaration (Joint Declaration, Union of Soviet Socialist Republics and Japan – Page 99), according to which only two islands – Shikotan and Habomai would be transferred to Japan with other islands remaining in Russia’s possession. Though the both governments ratified the treaty, it was not fulfilled. Like any country fighting for restoration of its territorial integrity, Japan also did not recognize the 1956 Declaration signed by the war-torn country due to lack of an alternative solution. Japan was constantly supporting the 1875 Treaty as well as the historical context of possession of islands.

This is not the first time the Alliance of Patriots party expresses protest over the term “occupation.” Irma Inashvili, the party leader, said on July 12 that the Finnish government decided to ban not only using the term “occupation,” but also Russophobic statements. The Alliance of Patriots is trying to distort the facts and assure us that “a broken bridge” with Russia should be restored in order to establish peace and stability in the country. Therefore, according to the party leaders, the terms irritating Russia should not be used any longer.