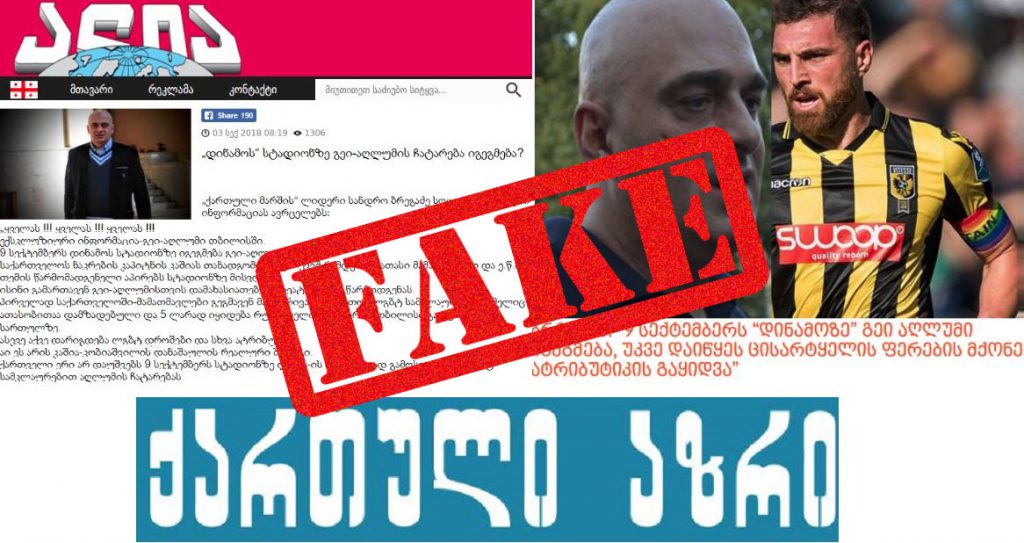 On September 3, 2018, a statement by the Head of an ultra-nationalist group Georgian March, Sandro Bregadze, was disseminated. According to the statement, a gay pride was planned to be held on Dinamo Stadium on September 9. 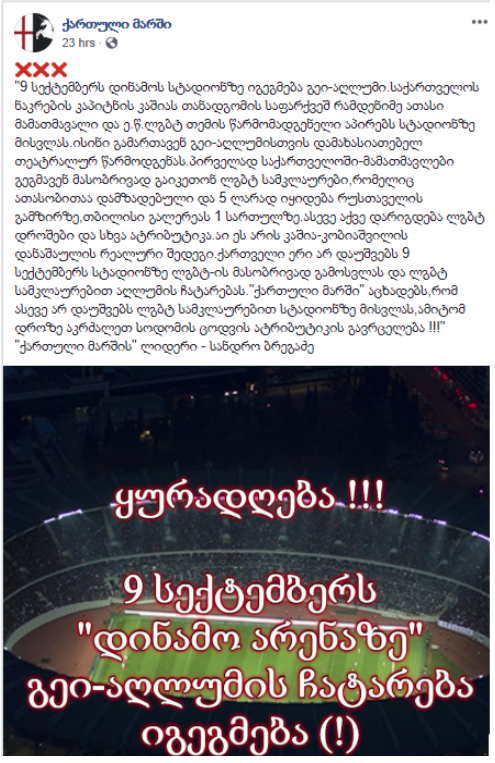 Online outlets, such as “Alia”, “Metronome”, “Kartuli Azri” disseminated the post by Georgian March without verifying the information. The information disseminated by Sandro Bregadze and Georgian March is a lie and aims to mobilize the society against Guram Kashia by using homophobic statements. On September 9, a march between Georgia and Latvia will be held on Dinamo Stadium. Guram Kashia will also participate in the match. Liberal groups plan to attend the match and support Kashai, who became a target of ultra-nationalist and homophobic groups due to wearing an armband in support of LGBT movement.

Why are Kashia’s supporters wearing the LGBT armband?

On October 16, 2017, the footballer of the Georgian national team and, then the captain of Vitesse Arnhem, Guram Kashia appeared at a football match wearing an armband in the colors of LGBT movement, thereby expressing his support to the movement. Due to this fact, Kashia became the target of offenses from ultra-nationalist groups – besides the offenses on social media, the members of Georgian March burned LGBT flag and demanded the dismissal of Guram Kashia from the Georgian national team.

On September 9, on Dinamo Stadium, Guram Kashia will face Latvian National team together with other players of the Georgian national team. As the supporters of Kashia have decided, they will attend the match, wear LGBT armbands and display banners saying “#გურამშენთანვართ” (#Guramwearewithyou). Kashia’s support does not have anything common with “holding a gay pride” on the stadium. The decision to wear the armband was portrayed as a “gay pride event” by Sandro Bregadze and Georgian March, ultimately misleading the public.