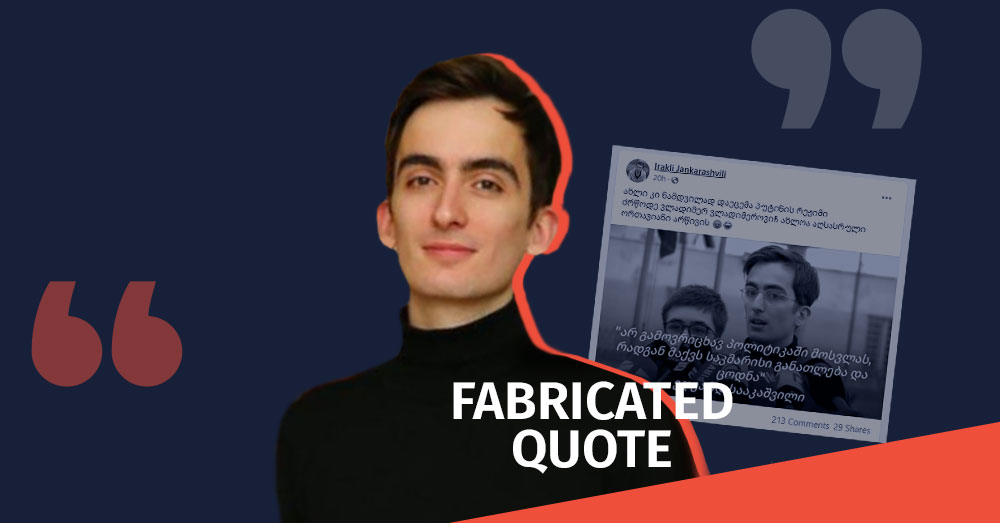 On October 29th, Irakli Jankarashvili, author at tvalsazrisi.ge posted a photo of Eduard Saakashvili, the son of former Georgian President Mikheil Saakashvili, with the following caption: “I do not rule out coming to politics because I have enough education and knowledge.” 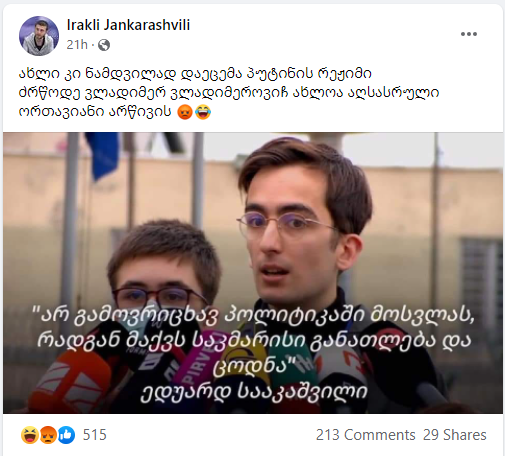 The quote published by Irakli Jankarashvili is fabricated. No open-source contains an identical or similar statement made by Eduard Saakashvili.

The quote published by Jankarashvili, according to which Eduard Saakashvili does not rule out entering politics, is false, as it is impossible to find any similar statement in open sources, social networks and reliable media outlets.

False information about Eduard Saakashvili’s desire to engage with politics was disseminated in 2019 as well. The Facebook page “Corridor of Shame” published a false statement in the name of Eduard Saakashvili, according to which he was responding to the events of June 20th and announcing his political plans.

For more details, see our article:

Irakli Jankarashvili is an author at tvalsazrisi.ge, an online outlet that publishes anti-Western, pro-governmental materials. He also manages a number of other Facebook pages and accounts.  In addition, he is affiliated with pro-Russian platforms such as the Kremlin-linked publication News Front Georgia. Jankarashvili supports the pro-Kremlin Alliance of Patriots of Georgia party and its leader Irma Inashvili. On October 27th, Jankarashvili published a post claiming that he had a positive attitude only towards Irma Inashvili and Prime Minister Irakli Garibashvili. 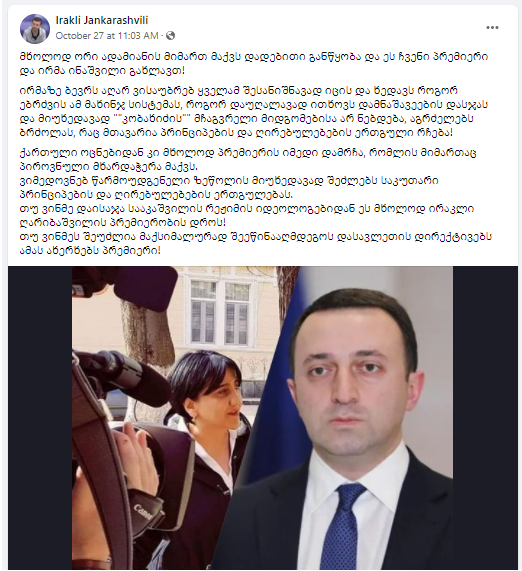 All of the accounts feature pictures of him.

For more information about disinformation disseminated by Jankarashvili in the past, see our article:
What do Иракли Иракли, Antiliberal Doctrine, News Front and Tvalsazrisi.ge Have in Common?