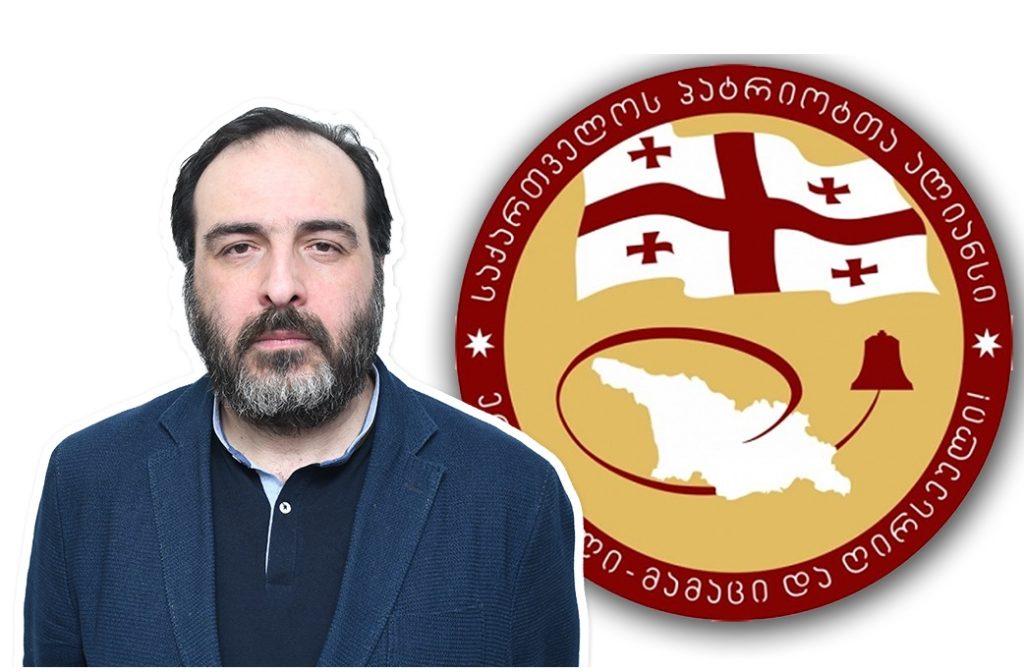 On September 12, Facebook page Politicanopublished a quote by Zaza Shatirishvili, Georgian philosopher, about military non-alignment. Politicano shared the quote from a news article published by Tinp.ge on August 11, according to which Shatirishvili spoke about the advantages of neutrality during Obieqtivi TV’s program Dgis Bolos on August 11. Later the same day, Obieqtivi TV also posted Shatirishvili’s quote on its Facebook page. Shatirishvili notes that military non-alignment clearly outlines the country’s cultural-political task.

Zaza Shatirishvili: “I like the term ‘military non-alignment’ very much. It is a specific and correct doctrine. We were very successful just when we were non-aligned. Georgia had always been a crossroad, a mediator of civilization between the West and the East, the North and the South. Now, after 30 years, we are standing in front of a new paradigm. If we want to save our culture, which should follow the star that has been telling us for centuries that we are mediators. The cultural-civilizational crossroad and consequently, military non-alignment precisely outlines Georgian cultural-political task.”

Myth Detector has long been analyzing disinformation and narratives about military non-alignment. Below are the main narratives spread on this issue at different times.

Myth: The issue of Georgia’s territorial integrity will be solved with Russia’s involvement in exchange for neutrality or “non-bloc status”

Reality: Russia recognizes Abkhazia and Tskhinvali region as independent states and has signed military cooperation treaties with both occupied regions. Moreover, Russia’s National Security Strategy reads that development of bilateral and multilateral relations with Abkhazia and South Ossetia is one the key areas of Russian Federation’s foreign policy. According to Russia’s military doctrine, cooperation with Abkhazia and South Ossetia is one of the key priorities of Russia’s military and political agenda.

Reality: Noteworthy that although Georgia declared neutrality in 1918 and signed the treaty with Soviet Russia in 1920, Bolshevik Russia occupied the country in 1921.

On May 26, 1918, the Georgian National Council adopted the Act of Independence of Georgia. According to its article 3, “in international conflict Georgia shall always remain neutral.” Later, the Treaty of Moscow signed between Soviet Russia and the Democratic Republic of Georgia signed in 1920 granted de jure recognition of Georgian independence in exchange for promising not to grant asylum on Georgian soil to troops of powers hostile to Bolshevik Russia. However, Soviet Russia violated the treaty and occupied Georgia on February 25, 1921.

Myth: Georgia’s willingness to become neutral is a crucial step in the process of declaring military non-alignment

Reality: A country cannot become neutral only upon its own desire if it is not recognized by a relevant international treaty. For example, the neutrality declared by Turkmenistan in 1995 was recognized by the resolution adopted by the UN General Assembly. Further, when Austria declared neutrality in 1955, the United States, Great Britain, France, and Soviet Union supported the decision as well as Austria’s de-occupation.

Moreover, Georgia’s declaration of neutrality/non-bloc status contradicts the norms and principles of international law. According to Article 1 of the Hague Convention (V) dated 18 October 1907, the territory of neutral Powers is inviolable. Thus, a country cannot become neutral if its territories are occupied and if it has ongoing conflicts. Russian troops remain on the territory of Georgia since the 2008 war and more than 20% of the country is occupied.

Below is Myth Detector’s earlier article involving the myths about neutrality:
Myth about Georgia’s Neutrality and “Non-Bloc Status”

Neutrality/military non-alignment is one of the issues put on the agenda of the Alliance of Patriots party. It is one of the key topics involved in the party’s electoral campaign for the October 2020 parliamentary elections. The Alliance of Patriots is trying to question the population’s consensus on Georgia’s integration into Euro-Atlantic structures through conducting alternative surveys. Below is Myth Detector’s article on this issue:
Tarkhan-Mouravi Speaks of NATO on Behalf of 78% of Population

The Parliament of Georgia approved Zaza Shatirishvili who was nominated by the parliamentary majority as a member of the Board of Trustees of the Georgian Public Broadcaster (GPB) on March 23, 2018. Shortly after his approval, in April 2018, Shatirishvili sold a 16% share in POSTV, an online television with close links to the government; however, Shatirishvili is still actively involved in POSTV’s content. In December 2018, Shatirishvili quit GPB’s Board of Trustees, citing his plans to open a new TV channel. A website Salte.ge (Civic Alternative) was registered on December 7, 2018 and the first programs were aired in early 2019. The programs voice antiliberalmessages. Zaza Shatirishvili appears as one of the hosts on Salte.ge