Would Crimea be Seized by Turkey without Russia? 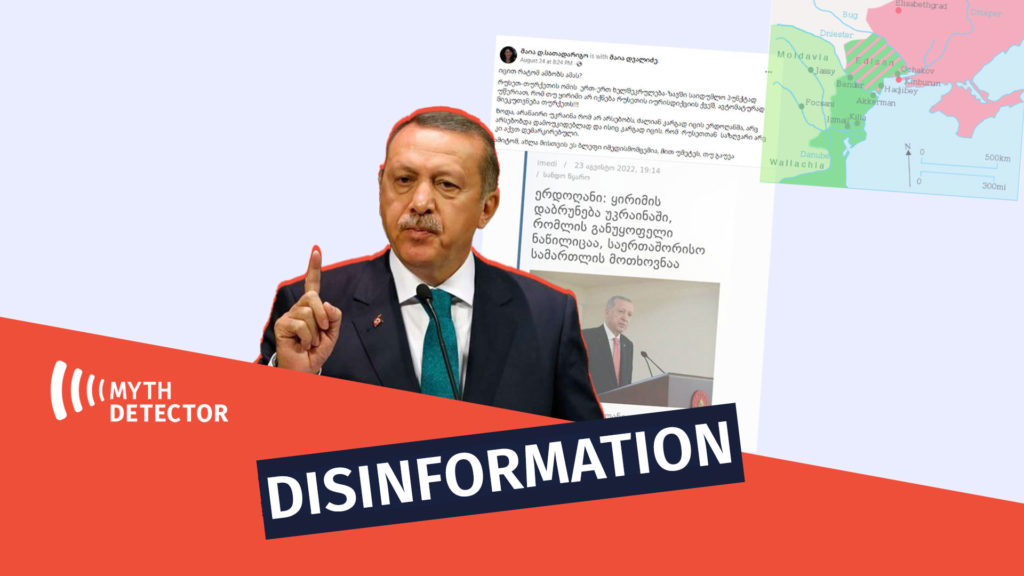 On August 24th, 2022, Georgian-language Facebook users published a post claiming that one of the treaties of the Russian-Turkish war contains a secret clause that if Crimea is not Russian, it will automatically belong to Turkey. The mentioned post was accompanied by the statement of Turkish President Erdogan that the return of Crimea to Ukraine is a requirement of international law. According to the author of the post, Erdogan knows that there is no such thing as Ukraine, therefore, taking into account the secret clause of the agreement, “this bluff is promising” for him. 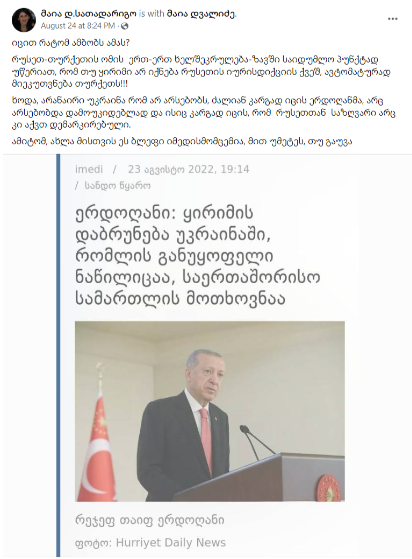 The claim that Crimea will belong to Turkey if it is not part of Russia does not correspond to historical reality. Back in 1774, Crimea was declared an independent state by the Treaty of Küçük Kaynarca. Subsequently, as a result of the loss in another Russo-Turkish war, the Ottoman Empire had to finally cede Crimea according to the Treaty of Iasi (1792). The agreements did not contain secret clauses.

Russo-Turkish wars in the 16th-20th centuries were caused by different reasons. The war of 1768-1774 was caused by a disagreement on the Polish issue. Turkey demanded Russia’s non-interference in Poland’s domestic affairs, and Russia wanted to strengthen its positions on the Black Sea during this period, so the conflict became inevitable.

The first critical historical event that changed the fate of the Crimean peninsula is related to the results of the 1768-1774 war. The Russian Empire won a significant victory over the Ottoman Empire, and the Ottoman Empire had to make major concessions by signing the Treaty of Küçük Kaynarca.

According to the agreement, Crimea was transformed into an independent kingdom, while the Ottoman Empire could only interfere in religious matters. Notably, the treaty of Küçük Kaynarca cancelled all other treaties that existed before, creating a new reality in the region, where Crimea was no longer under Ottoman influence; officially, it was independent, but in fact, it remained under the Russian satellite.

The Treaty of Küçük Kaynarca had no secret clauses. Noteworthy that as a result of the treaty, Crimea did not belong to anyone, which directly contradicts the claim of the author of the widely circulated post, as if Crimea would not belong to Russia, then it would automatically belong to Turkey.

The 1787-1792 war was a partial result of the Küçük Kaynarca treaty, since the Ottoman Empire sought to regain the lost territories through a new conflict. Notably, in the same period, in 1783, the Russian empire, under the lead of Queen Catherine II, annexed Crimea, which contradicted the interests of the Ottoman Empire and the Küçük Kaynarca treaty itself.

Secret clauses did not exist under the Treaty of Jassy either. It is important to note that in the last two wars Russia had obtained a solid victory; hence it is highly unlikely for the treaties to include clauses that would allow the Ottoman Empire to having any territorial claims over the Crimean peninsula.

Inciting historical trauma is part of Russian propaganda, aiming to shift focus from the existing security threats to historical ones. When it comes to Georgia, an identical conspiracy has been circulating with regards to the Treaty of Kars, arguing that it would expire in 2021, allowing Turkey to regain Adjara, and Russia would no longer be the guarantor of the territorial integrity of Georgia.