Why is Russia Never Mentioned in the Resolution of the Georgian Parliament? 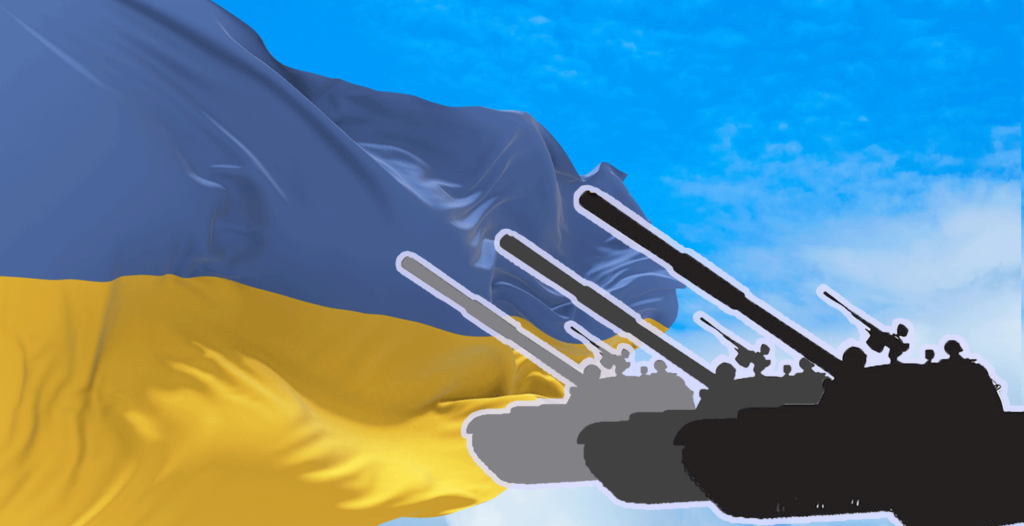 After the parliamentary opposition refused to sign the draft resolution and criticized the government’s decision for omitting “Russian aggression” from the resolution, pro-governmental experts and members of the “Georgian Dream” tried to justify their decision on social media through the following messages:

The viewpoint that the government did not provoke the Kremlin by omitting “Russian aggression” from the resolution, while the opposition was interested in provoking Russia was also shared by pro-Kremlin actors, who further suggested that the opposition is pursuing the interests of the West, which wants to create new hotspots of military tension and blame everything on Russia.

Representatives of the incumbent “Georgian Dream” party argued that Georgia took a strategic approach while omitting the term “Russian Aggression” since it could have triggered an additional wave of tensions from Russia. Not to mention, MPs stated that this detail does not devalue the significance of the resolution as a whole.

Giorgi Khelashvili, Georgian Dream: “Let’s not create additional panic and do not aggravate the situation, which may contribute to Russia’s aggression. That was the main reason why we tried to make the text principled, but without any unnecessary provocative sharpness.”

The representatives of the pro-Kremlin “Conservative Movement” also shared the opinion that the resolution reflects the general approach of the “Georgian Dream”, which is aimed at not provoking Russia.

In parallel, pro-governmental experts justified the ruling party’s position by stating that the Georgian Dream was primarily acting in the country’s interests and, while supporting Ukraine, did not leave Russia with a reason to argue.

Edisher Gvenetadze: “Any resolution and every action, in general, should reflect interests of Georgia and should serve its security! This idea is being stipulated by this very resolution!”

Members of the parliamentary majority and pro-governmental experts have blamed the United National Movement for escalating the tensions, stating they do not actually care about Ukraine and are driven by their own interests, which is to irritate and provoke Russia.

Irakli Kobakhidze, Chairman of the Georgian Dream: “The result of their [UNM] actions is that today, the Russian Federation has control over 20% of our country’s territories. UNM is like a party of war. They obviously want to see war in Ukraine, this can be vividly observed in their conversations, and I think they are not satisfied with that either, as they want to see such events in Georgia once more.”

The same message was repeated by pro-Kremlin actors on “Alt-Info.” “Conservative Movement,” an Alt-Info-affiliated pro-Kremlin party, has argued that the United National Movement is deliberately provoking Russia in hopes to repeat the 2008 war. These actors argued that this represents a US-led mission aimed at sparking tensions in Ukraine and proving the ‘badness” of Russia to the people of the West.

Members of the ruling party and pro-government experts claimed that the previous government itself had admitted its guilt in initiating the 2008 August War, which is confirmed in international documents, in particular the 2008 Council of Europe resolution on the Russia-Georgia war. Aluda Ghudushauri, a member of the Georgian Dream, said that the United National Movement had no moral right to reject the standard of diplomacy and that everyone remembers the resolutions signed by them. Irakli Jankarashvili, a supporter of the Patriots Alliance and the author at “tvalsazrisi.ge,” also shared an identical message.

In addition, pro-governmental expert Zurab Kadagidze published a video on his Facebook page accusing Mikheil Saakashvili and the UNM in general of betraying Georgia. According to the video, by signing a resolution drafted by the Council of Europe after the 2008 war, the “National Movement” actually recognized the initiation of the August War by the Georgian military. 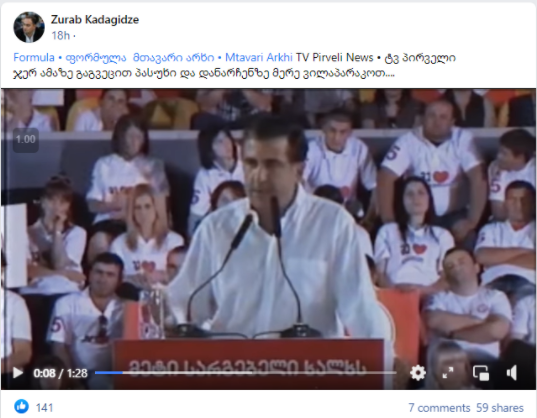 The video, which accuses the United National Movement of betraying the country by signing the resolution, was published by the anti-opposition Facebook page “Political Satire” and the Facebook account “Terenti Gldaneli” on January 26th. Notably, the post published by Political Satire is sponsored. 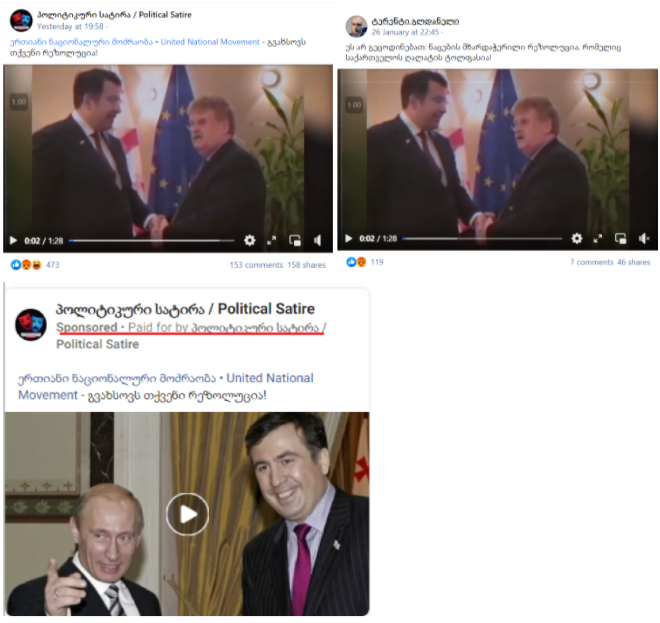 Representatives of the Georgian Dream, as well as pro-Russian actors, have previously argued that the previous government, by signing the 2008 resolution, admitted its guilt of starting the war. For more, see the article of “Myth Detector”: