Why Does “Stalin” Re-Introduce Old Conspiracy Theories on Lugar Lab and What Do We Know about the Bulgarian Journalist? 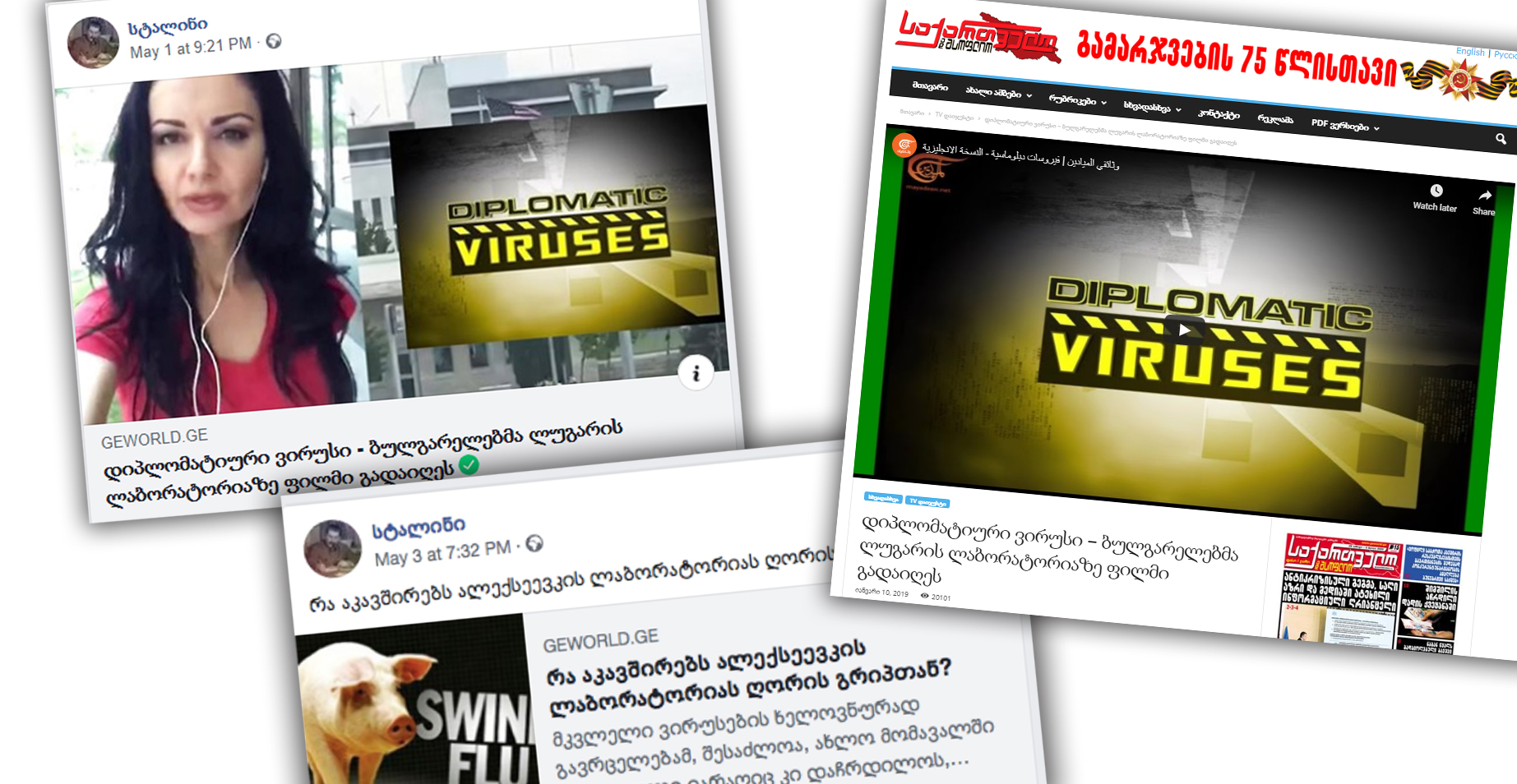 A Facebook page „სტალინი“ (“Stalin”) has been re-introducing old conspiracy theories about the Lugar Laboratory in the context of the coronavirus threat. By re-sharing archive materials, the page creates a false perception that the dissemination of coronavirus is connected to Lugar Lab and the United States.

On May 1, a Facebook page “Stalin” shared a documentary, published by a pro-Kremlin edition Georgia and the World in 2019. The film is called “A Diplomatic Virus – Bulgarians Made a Movie about the Lugar Lab”. On May 3, “Stalin” shared another archive material of Georgia and the World, titled “How is the Lab on Alekseevka Connected to Swine Flu?”.

How is the Bulgarian journalist connected to Kremlin?

The film shared by “Stalin” was made by a Bulgarian journalist Dilyana Gaytandzhieva. In her report, Gaytandzhieva disseminates conspiracy theories about the Lugar Lab and states that dangerous experiments are carried out there.

Gaytandzhieva is one of the main sources of Kremlin’s disinformative campaign against the Lugar Lab. She made the film about the Lab for a Hezbollah-associated TV Al-Mayadeen. One of the sources in Gaytandzhieva’s documentary features Nino Burjanadze, a leader of a pro-Russian political party Democratic Movement, who is mentioned as a former President of Georgia and expresses suspicions related to the activities of the Lab. 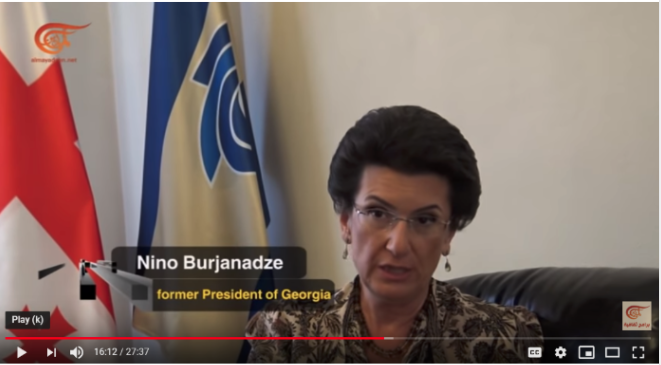 Besides this documentary, Gaytandzhieva prepared an article for a pro-Kremlin edition, Zero Hedge, in 2018, where she, by using simulation evidence method, published a correspondence between the Ministry of Health and the Embassy of the United States in Georgia, as well as between the former Minister of Health and his colleagues.

In 2018, Media Development Fund addressed the Ministry of the Interior concerning the alleged leak of the official correspondence. The then Minister of Health, Davit Sergeenko, did not rule out that the leak could have happened as a result of a hacker attack. The results of the investigation are still unknown to the public even after two years.

You can find more detailed information about Dilyana Gaytandzhieva and her disinformative campaigns against the Lugar Lab in earlier publications of Myth Detector:

Who was disseminating conspiracy theories about the swine flu?

Conspiracy theories about the swine flu were being disseminated by media outlets that have direct connection to Russia, as well as by other Georgian media. The following Russian media outlets featured among the sources: