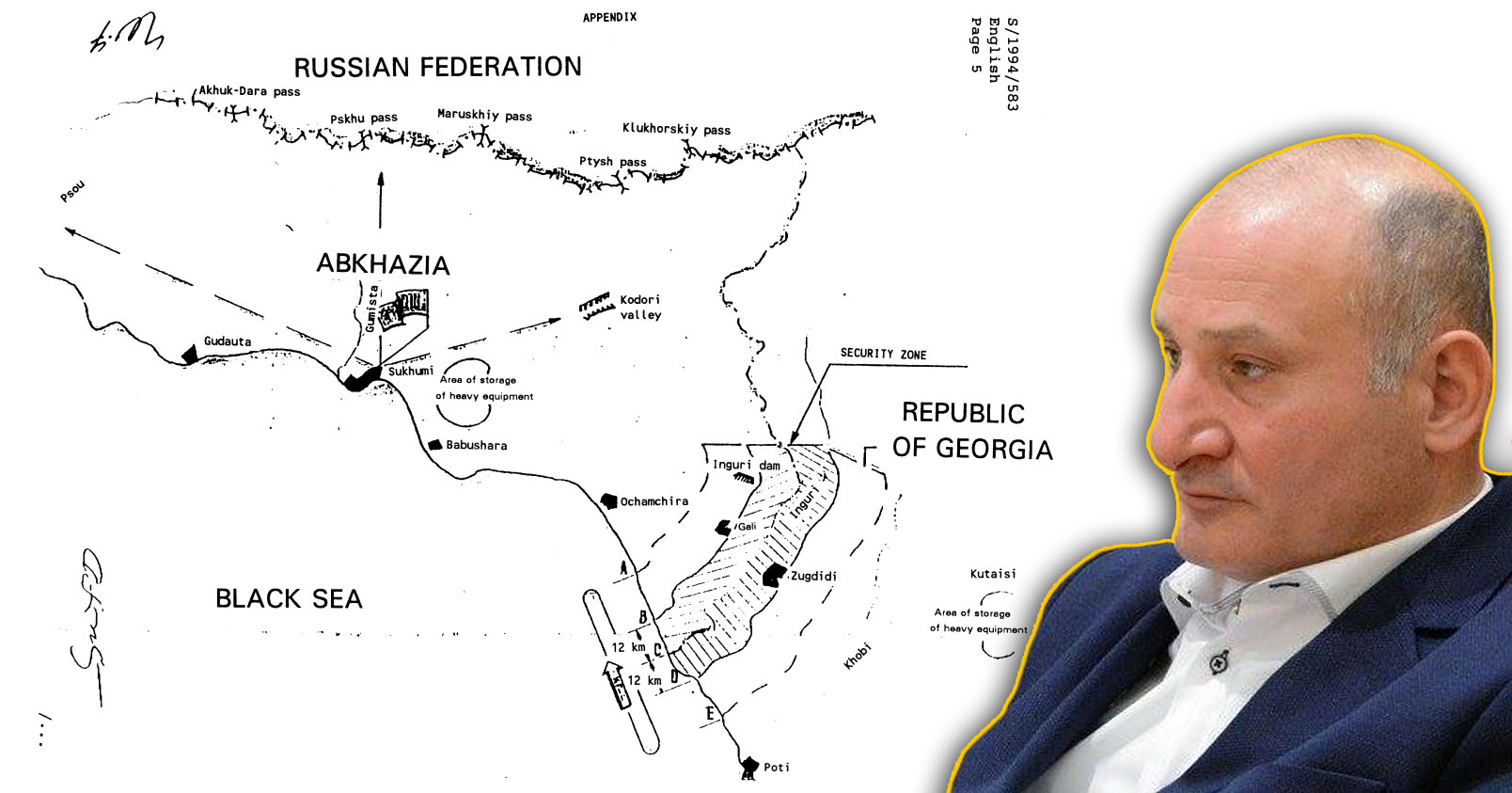 On May 2, 2020, an anti-liberal Facebook page “კარდჰუ” (“Kardhu”) published a quote by Emzar Kvitsiani, a member of the Alliance of Patriots, claiming that the “ceasefire agreement” signed “between Georgia, Russia, Abkhazian representatives, and the United Nations” proclaimed Georgia as the defeated side. He also added that it became possible to hold on to Kodori Gorge merely thanks to the local rebels, led by Kvitsiani. 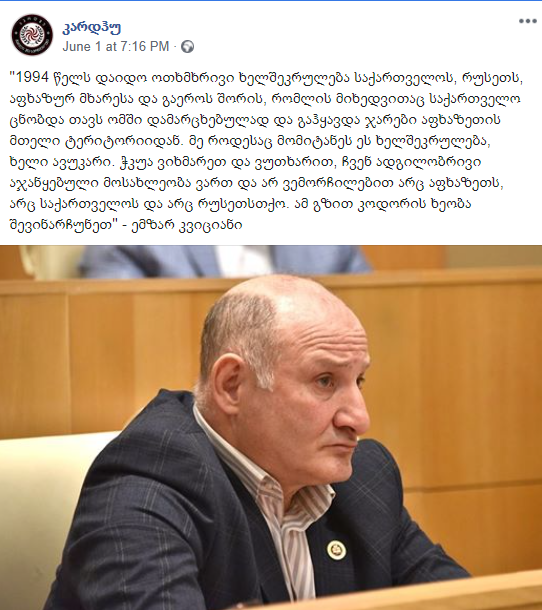 This is an excerpt from a comment made by Kvitsiani on May 11 during a Facebook Live of an ultra-nationalist page Alt-Info where he also touched on the story of losing the Kodori Gorge.

Emzar Kvitsiani: “The Moscow Agreement from May 14, 1994 was a Bilateral Agreement, signed by Abkhazians, Georgians, Russians, and the UN Mission. All of them had their obligations, but from our side, signing it meant a capitulation, as no armed group should have stayed in the boundaries of the Autonomous Republic of Abkhazia from the Georgian side. However, we refused.”

Kvitsiani returned to the topic once again in a Palitra News TV program „პოლიტ-ქალაქი“ (“Polit-City”) where he stated that the Government of Georgia, by carrying out a special operation in 2006 in the Kodori Gorge to neutralize “მონადირე” (“Hunter”), an armed group created by Kvitsiani, violated the 1994 Agreement that prohibited a military intervention in the Gorge.

Emzar Kvitsiani’s statements on the agreement from May 14, 1994 are both disinformative and manipulative. 1) The 1994 Agreement does not include a paragraph that would proclaim any side as defeated. 2) The special operation of July 25, 2006 was carried out in the Georgian-controlled Kodori Gorge, where police forces – not military units – intervened with the purpose of restoring the order.

Fact 1. The 1994 Agreement does not include a paragraph that would proclaim any side as defeated.

On May 14, 1994, under the auspices of the UN, the Agreement on Ceasefire and Separation of Forces was reached in Moscow between the Georgian and the Abkhazian sides. According to the Agreement, the sides of the conflict committed to abstaining from any kind of military activity against the other.

“The parties shall scrupulously observe the cease-fire on land, at sea and in the air and shall refrain from all military actions against each other” – reads the Agreement.

The text of the Agreement does not mention “a winning side” or “a losing side”. That is simply an interpretation by Emzar Kvitsiani.

Fact 2. The special operation of July 25, 2006 was carried out in the Georgian-controlled Kodori Gorge, where police forces – not military units – intervened with the purpose of restoring the order.

The 1994 Agreement commits the parties to abstain from initiating military activities against each other. The special operation in Kodori Gorge, carried out on July 25, 2006, cannot be considered a military operation. The forces of the Ministry of the Internal Affairs of Georgia were sent to the Gorge not to fight the Abkhazian side, but to neutralize Kvitsiani’s illegal armed group.

Emzar Kvitsiani was a Special Representative of the President of Georgia in the Kodori Gorge until 2004, however, this position was abolished in 2004. Kvitsiani led a militarized group “Hunter” that included approximately 400 fighters. In 2002, the group was integrated into the Ministry of Defense of Georgia, however, in 2005, then Minister of Defense, Irakli Okruashvili announced the dissolution of the group.

On July 22, 2006, Emzar Kvitsiani announced a disobedience to the Government of Georgia from the Kodori Gorge and warned that he would counter any attempt to disarm his group.

On July 25, 2006, the Government of Georgia initiated a police special operation in the Georgian-controlled Kodori Gorge. The armed group “Hunter” resisted the police force, wounding two officers of the MIA. Kvitsiani fled to Russia.

In an interview with the Channel One Russia, Emzar Kvitsiani accused the Government of Georgia of using contract killers in the special operation. According to him, Americans were also participating in the process, because he managed to snatch a mask of one of the participants of the operation and he turned out to be a black man.

In 2018, on air at TV Caucasia, Kvitsiani admitted that he was spreading false information about the 2006 events in his interview with the Russian media.

Russia and the Abkhazian side have violated the 1994 Agreement for years. For instance, the Ministry of Foreign Affairs of Georgia made a special statement already on November 13, 2000 that on November 8-9 the “military forces” of the Abkhazian side, using heavy machinery and by making missile shots, were carrying out military trainings in a restricted-weapons zone.