Why do the Propagandistic Websites Disappear? 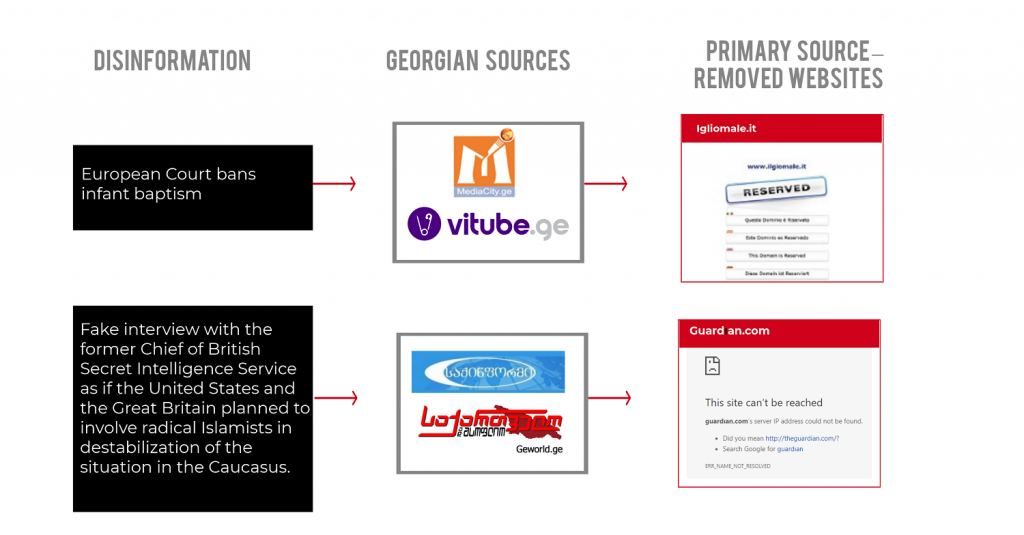 The Myth Detector has found out after verifying the primary sources of previously published disinformation materials that several websites are no longer functioning and that they were created only for temporary purposes. The table below describes three such cases: 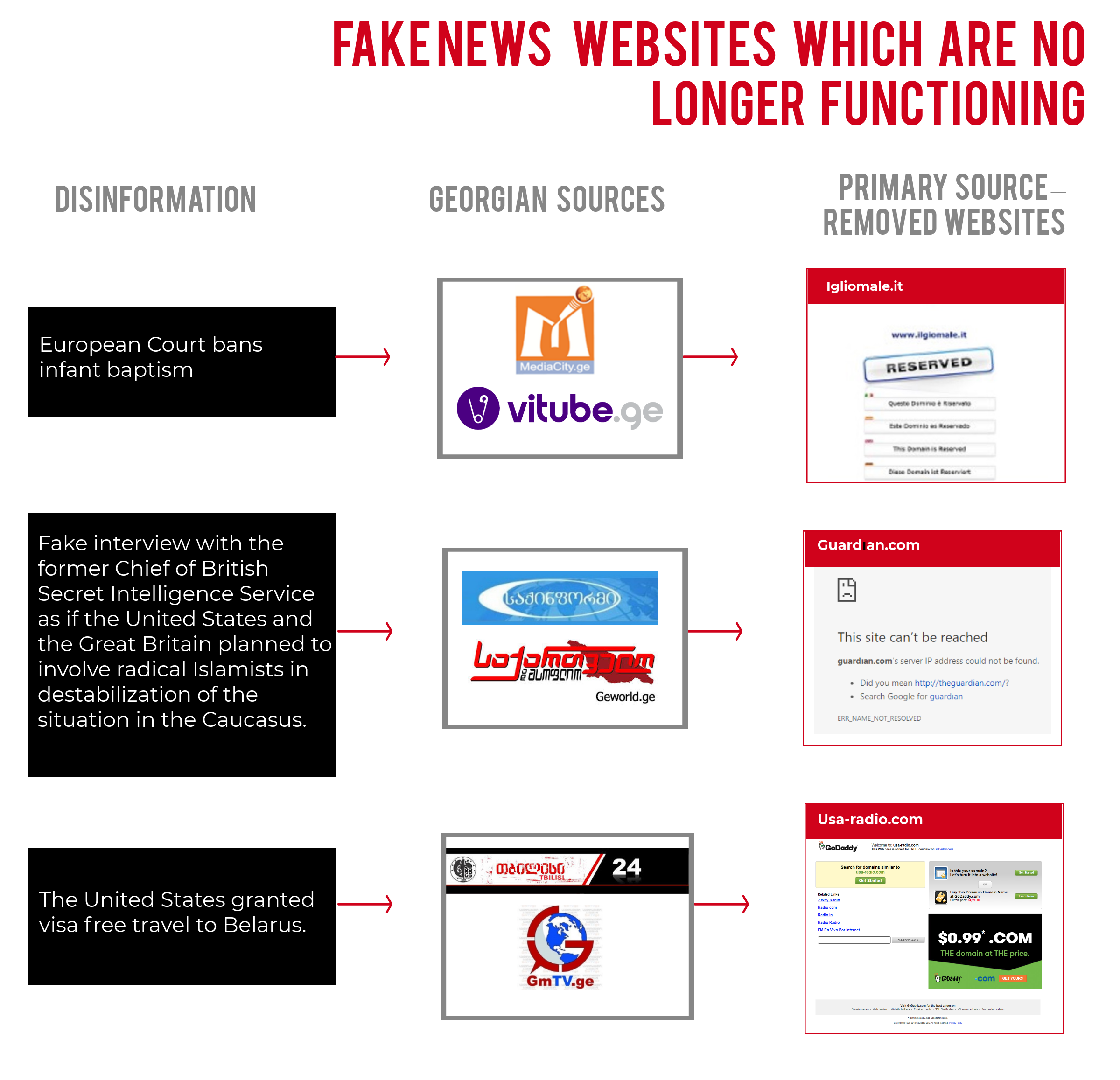 What is the purpose of creating propagandistic websites?

Temporarily created websites, which mainly have English-language names or the names almost identical to those of brand media just represent one of the forms of deflective model. The goal is to increase the degree of credibility among readers, because just a popular western publication rather than a propagandistic media is perceived by a reader as a source.

The Myth Defector has revealed a lot of cases of artificially created websites and western media imitation. Below we provide disinformation spread by Georgian and Russian media outlets citing the removed websites:

Disinformation about the European Court of Human Rights allegedly banning infant baptism was  disseminated by online editions mediacity.ge and news.vitube.ge on January 23, 2016. These two editions tried to manipulate religious feelings, especially as the issues related to religious identity are very painful and sensitive for the majority of Georgian population.

Identical information was also spread by Russian-language online editions citing Italian igliomale.it as their source. A news story on banning baptism was really posted on igliomale.it in March 2016, but after the story went viral and a part of social media users believed in it, the Italian primary source was abolished and it is no longer available.

2. Fake interview of former Chief of the British Secret Intelligence Service with The Guardian

Like an example of banning infant baptism, another news story went viral in social networks, according to which the former Chief of the Secret Intelligence Service allegedly spoke with the British Guardian about the plan of Russia’s fragmentation, during which he claimed that the United States and the Great Britain planned to deploy military and intelligence bases around South Ossetia and to involve radical Islamists in destabilization of the situation in the Caucasus.

Readers deemed the story as reliable and trustworthy, because the authors of the article – Geworld.ge and Sakinformi cited the Guardian as their primary source.

BBC Russian Service rechecked the story and found out that on August 12, a website www.theguardıan.com posted a fake interview with former SIS Chief John Scarlett. The specially created website was visually identical to the British Guardian’s website with only one difference in its URL, where a letter “ı” was used instead of Latin “i”.

The fake website, which also misappropriated the visual side of the British publication’s website with the purpose of building credibility, was removed shortly after spreading the news story.

3. Disinformation about granting visa free travel to Belarus by the United States

News agency Tbilisi 24 was a Georgian source of  fake  news disseminated in 2016 as if the United States granted visa free travel to Belarus. The story was citing the Russian-language primary source, which was then redirecting us to an English-language website usa-radio.com. The latter has already been removed and it is no longer functioning. Like The Guardian, the name of this website imitates the name of USA Radio (usaradio.com) that creates a perception among readers that they get information from a reliable source.