Why Do People Use Retracting Syringes and What Does a TikTok Video Show? 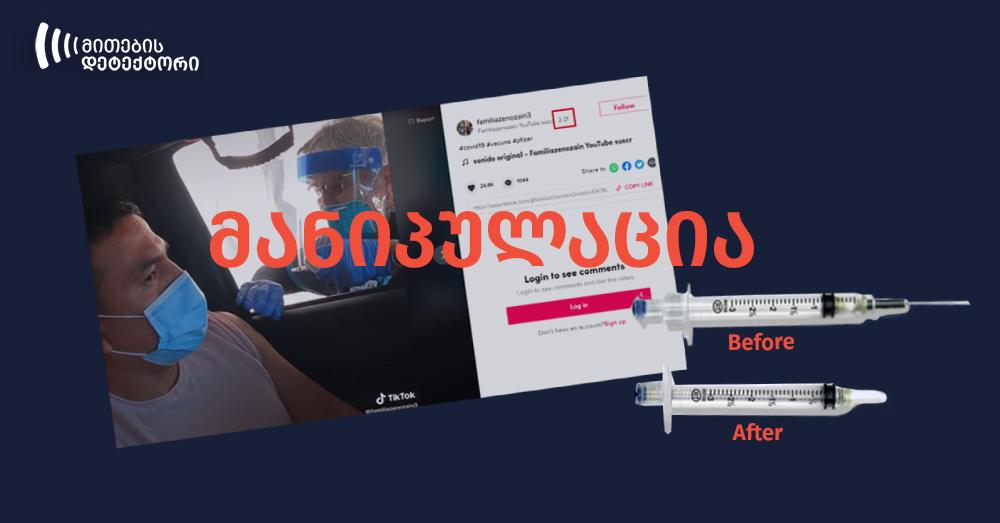 On March 3, a Facebook page “მედიცინის ხელოვნება/Arts of Medicine” published a video with the following caption: “Attention, a question: where the heck did the needle go?!” The video shows a doctor doing an injection to a man, but the needle cannot be seen after the removal of the syringe anymore. 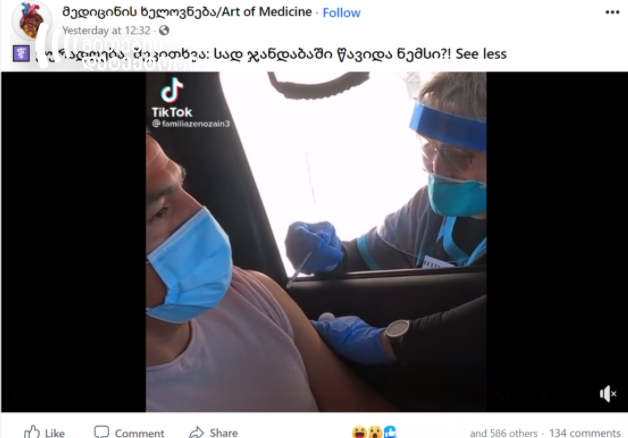 The question, asked by the Facebook page about the disappearance of the needle creates a doubt among the viewers that the needle stays in the body. In fact, a sort of a safe syringe is used in the video. It is called a retracting syringe. After using it, the needle does not stay in the human body, it rather goes back into the barrel of the syringe.

Safe syringes are not a new invention. Injuries caused by needles of the syringes can pose serious risks to the health of medical workers and may lead to blood-borne diseases. In case of using the safe, retracting syringes, the medical workers do not have a contact with the needle, making them more protected from such risks. In the United States, vaccinations against the coronavirus are carried out precisely using such syringes.

Due to the “disappearing” needle, the safe syringes have been connected to the “chip” conspiracy theories on numerous occasions on social media. You can read more on how the syringe works in the following article by Myth Detector:

As for the video by “Arts of Medicine”, it has been uploaded by a TikTok user “familiazenozain”. The video was uploaded to the social networking site on February 21 with various hashtags such as #covid19, #vacuna, and #pfizer. 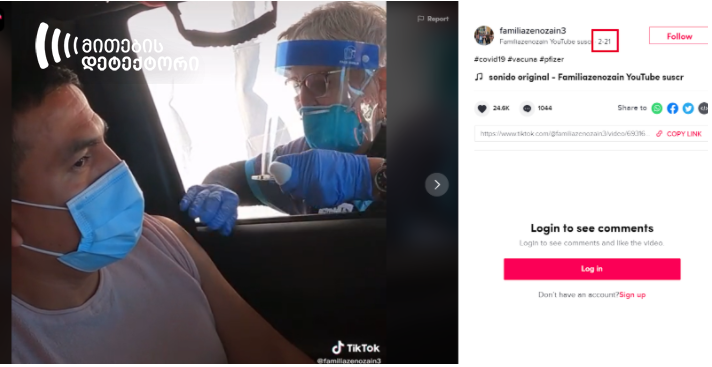 There is YouTube account called “familiazenozain” as well. The account includes a full version of the video, titled “Covid-19 PFIZER”. The video shows a man who approaches a medical worker, which asks him about his health and then vaccinates him with Pfizer’s vaccine using the safe syringe. 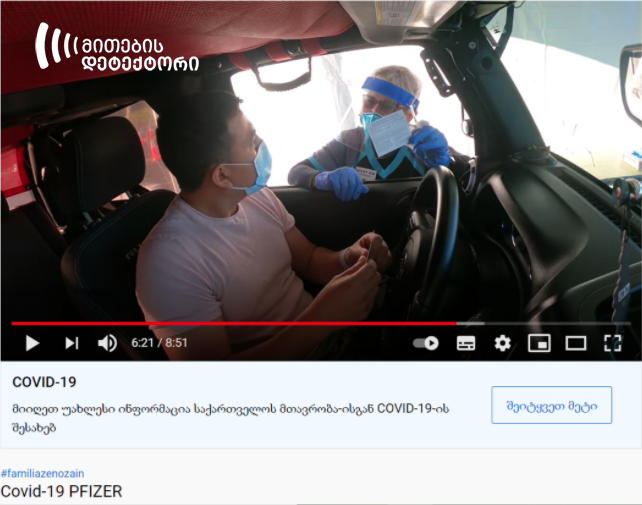