Why are “Smart Homes” Built in Netherlands and Is Their Construction Linked to 5G? 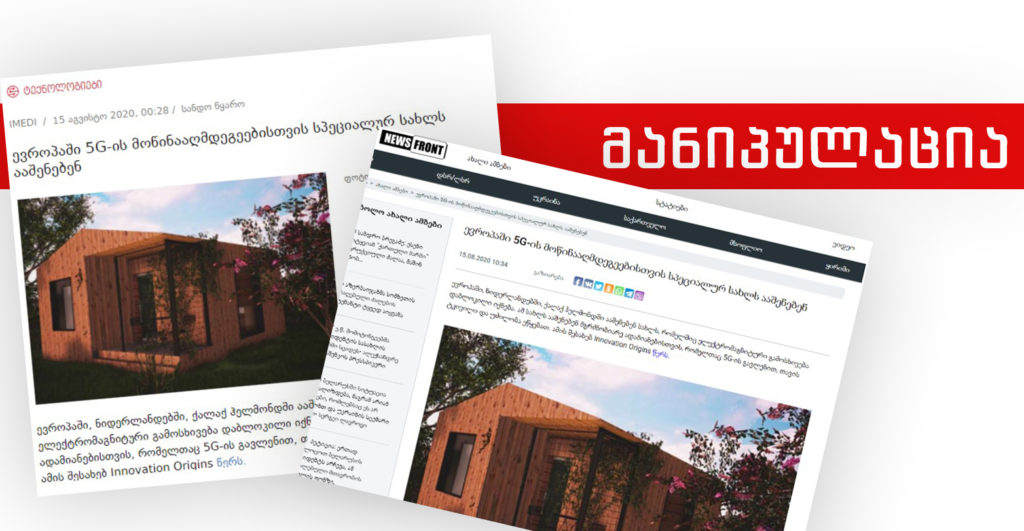 On August 15, Imedinews.ge published an articleheadlined “Special homes will be built in Europe for opponents of 5G.” According to the article, electromagnetic radiation-free homes will be built in Helmond, Netherlands for those people, who are sensitive to 5G that is manifested in headaches and sleeping problems. Imedinews.ge refers to the article by Innovation Origins, a European platform about innovation, start-ups and technologies, as its source. Pro-Kremlin media outlet News Front Georgia spread the article by Imedinews.ge. 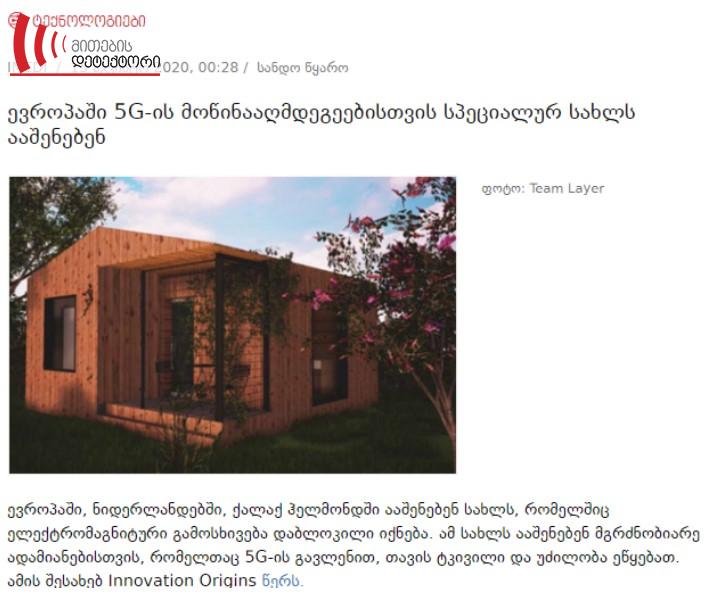 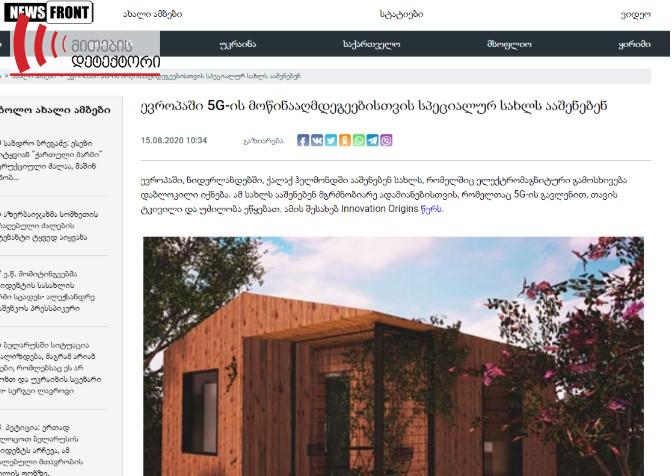 What are special homes for?

According to World Architecture, “100 Homes Project” is part of UNStudio’s master plan to develop “the smartest neighborhood in the world.” “The smart homes” will be built in Helmond, Netherlands, in the period 2019-2029. The master plan is designed around key pillars such as self-sufficiency through joint energy generation and local food production. Further, “smart homes” will use technologies to adapt to the needs and consumption habits of residents.

Noteworthy that the Brainport Smart District to be built in the Netherlands will be a smart residential and working area where the urban environment has been designed in conjunction with new technologies.

The project description says nothing about the fact that it will be built for those people who want to protect themselves against negative impact of 5G.

The article by Innovation Origins does not mention 5G either.

The article by Innovation Origins referred to by Imedinews.ge as its source says nothing about 5G. According to the article, students of the Eindhoven University of Technology have been looking for an optimal combination of materials and building constructions to allow as little radiation as possible into the house in Brainport Smart District. They, however, do not even mention 5G radiation. Referring to 5G, which has already become the target of multiple conspiracy theories, misleads the public and sows fear about the new technology.