Who Violated the 1997 NATO-Russia Founding Act? 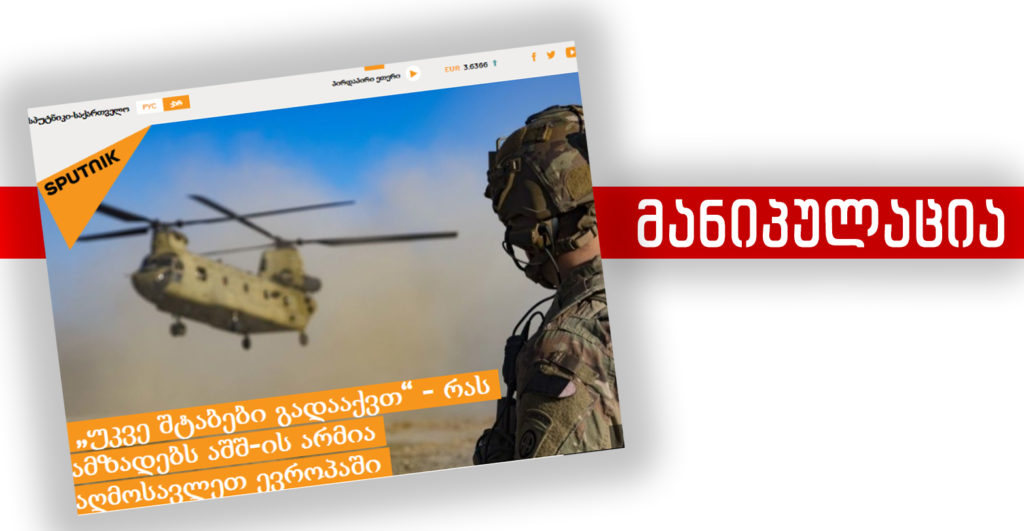 Sputnik-Georgia published an article titled “’They Are Already Moving Bases’ – What the U.S. Army is Up to in Eastern Europe” on August 24. The article mentions that the United States continues to mobilize army at the Russian border and the American military would move from Germany to Poland. The author of the article states that the “Founding Act” between NATO and Russia bans NATO from increasing the number of troops in the countries of Eastern Europe that joined NATO after 1997 – therefore, the author believed, that the U.S. violated the given Act. 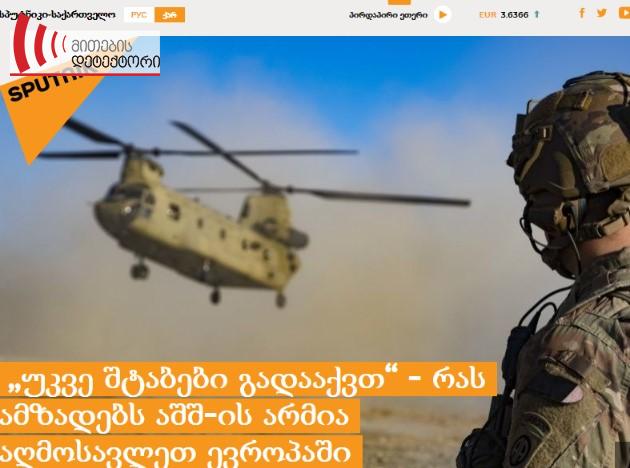 The article by Sputnik-Georgia is manipulative. Such Act exists indeed, however, both NATO and Russia are obliged to maintain their military capabilities “commensurate with individual or collective legitimate security needs”. Fundamental principles of the given Act are violated by Russia.

Founding Act on Mutual Relations, Cooperation and Security between NATO and the Russian Federation was signed in 1997. In the Act, both NATO and Russia take responsibilities within and considering the perspectives of a security environment of 1997.

As the document mentions, NATO does not intend to place nuclear weapons in the new member states of the Alliance and there is no need to change any aspect of the nuclear policy of the NATO. In addition, both sides take responsibility to maintain the military capabilities that are commensurate with legitimate security needs. The document also mentions that reinforcement may take place in the event of defence against a threat of aggression, missions in support of peace, or drills consistent with the United Nations Charter and the OSCE governing principles.

Russia violated the main principles of the NATO-Russia Founding Act which caused a shift in the security environment existing by 1997. Therefore, the responsibilities taken by the NATO in 1997 are not applicable today due to the actions by Russia.

Russia violated the fundamental principles of the Act:

Both parties of the Founding Act recognize the importance of other agreements and commit to respect them – something that is considered one of the bases of their relations. One of such agreements is the Intermediate-Range Nuclear Forces Treaty (INF).

Russia destabilizes the security situation in Europe by militarizing and provocatively demonstrating its military power.