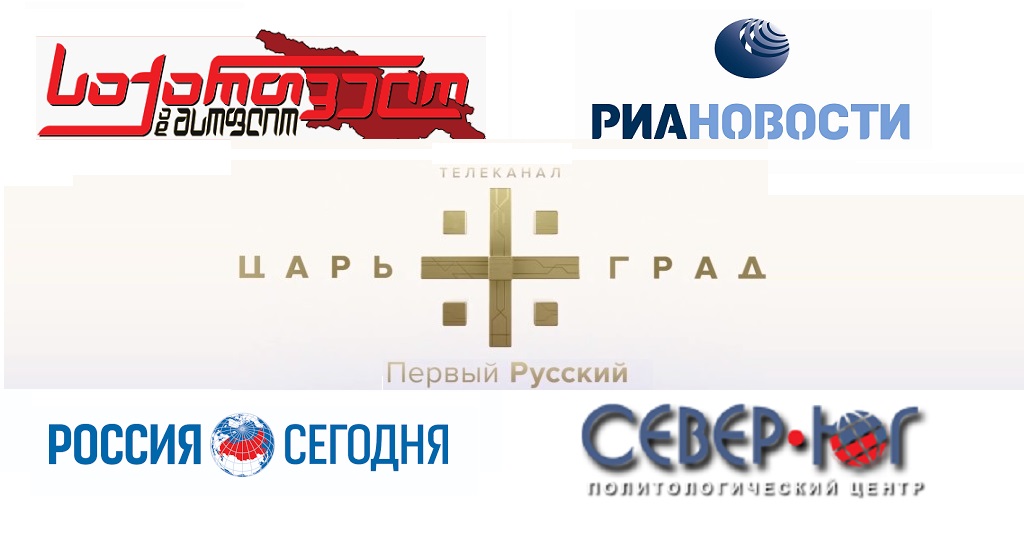 On September 4-7, 2108, International South Caucasus Media Forum will be held at Vere Palace Hotel in Tbilisi. The theme of this year’s media forum is The Role of Media to Build Trust in the Region. The media forum is organized by the Russian Center of Political Sciences North-South (Север-Юг), press club Commonwealth (содружество) and Georgian, yet pro-Russian online newspaper Georgia & World. The event is being held with the support of Russia’s Presidential Fund.

Who participates in the media forum?

Alan Kasaev is the editor-in-chief of the newspaper North Ossetia. In 2011, in occupied Tskhinvali, Kasaev attended the training “Representation of South Ossetia in Russian and South Ossetian Media”, organized by the media-center IRI. In 2011 IRI was managed by Irina Gagloeva – the head of Kokoity’s so called government’s Committee on Information. Vice-speaker of the so called parliament Mira Tskhovrebova asked Alan Kasaev to assist in the improvement of qualification of Tskhinvali-based journalists. If Kasaev entered the territory of Tskhinvali from Russia in September 2011 and he comes to Tbilisi on September 4, he breaks the Law of Georgia on Occupied Territories, according to which, entry of the occupied territories of Georgia from the Russian Federation is restricted. Kasaev arrived to Georgia in order to participate in the conference in Tbilisi in 2009 too. He was accompanied by Vladimir Mamontov, editor-in-chief of Известия and Maxim Shevchenko, the host of ОРТ. However they were not allowed to enter the territory of Georgia due to violation of the Law on Occupied Territories.

Kosirev is a guest of honor at the forum. He is a political commentator of РИА Новости and Россия Сегодня and is a frequent guest of such propaganda TV channels such as ОРТ, Царьград TV.

Viktor Litovkin is a retired colonel and military observer of TACC. Litovkin expresses the position of the Russian government on NATO and Georgia’s Euro-Atlantic aspirations. According to RFE/RL Tbilisi Bureau, for Litovkin, Georgia striving to NATO looks like the mule going after a carrot, as he stated in an interview published by Antimaidan. ТАСС is a Russian state news agency. Its name originates from the Soviet era when it was called the Telegraph Agency of the Soviet Union (Tелеграфное Aгентство Советского Союза). After the dissolution of the Soviet Union, it was renamed “Information Telegraph Agency of Russia” (ITAR-TASS) in 1992, but later regained the Soviet name. ТАСС is one of the propaganda platforms of Kremlin.

Alexei Tokarev is a member of the Center for Global Issues in Moscow State institute of International Relations (МГИМО). In 2016, Tokarev published an article entitled “The future of Donbass: Comparative Analysis of Russian, Georgian and Moldovan experiences of Secession Issues Solution”. There is no mention of the Russian occupation in the publication. Moreover, the Russian soldiers are referred to as peacekeepers and their stay in the occupied territories is discussed as the main precondition for stability. Tskhinvali region, Abkhazia, Donetsk and Lugansk regions are mentioned as independent “countries”.

As the Center’s website notes, the Center was established in 2011 and its key activity is “Expanding the expert and youth communication networks in the post-Soviet space.” This kind of media forums have been held in Georgia several times.

Alexander Chachia is a Moscow-based political analyst, whose interviews are regularly posted on Georgian language pro-Kremlin websites – Sakinform and Georgia and the World (Geworld.ge). Simultaneously, Chachia is also a member of the Public Council of “Historical Heritage”, an organization that founded “Georgia and the World”. On February 13, 2014, Russian President Vladimir Putin awarded the Order of Honor to Chachia for his great contribution to strengthening friendship and cooperation with the Russian Federation, development of scientific and cultural ties. The text of the order reads that Alexander Chachia is the chairman of people’s movement Samegrelo and publishes a magazine Istoriuli Memkvidreoba (Historic Heritage), as well as newspapers Ilori and Georgia and the World.

Alexander Chachia, as well as the online publication “Georgia and the World” often appear in researches carried out by the Media Development Fund, as sources of Anti-Western propaganda.