Who Stands Behind the Conspiracy that U.S. Americans are Allegedly Using Baby Blood to Become Prettier? 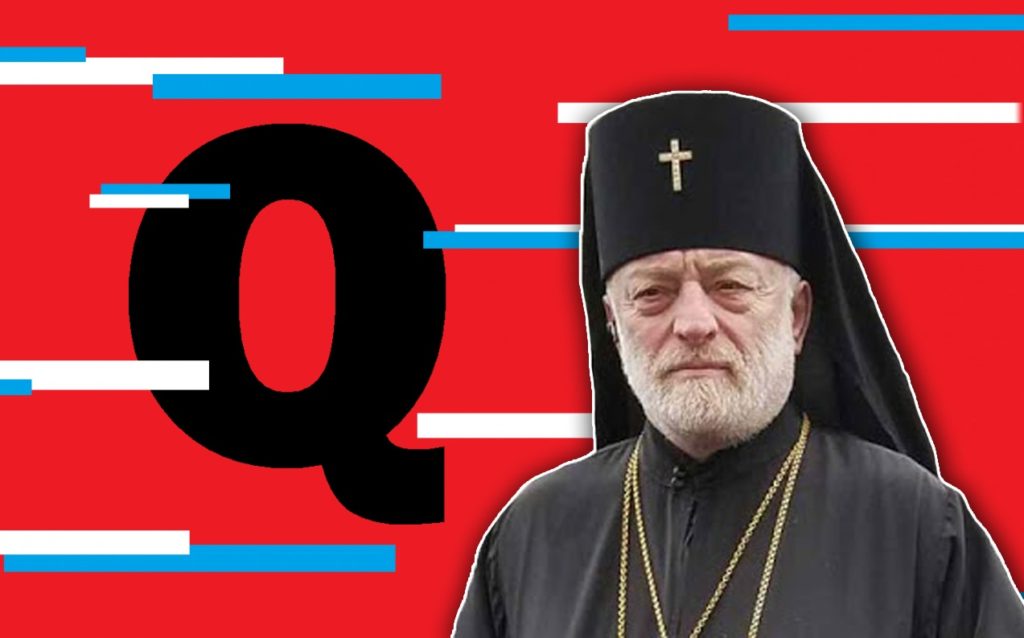 In an August 31 – September 6 edition of Alia newspaper, Elizbar Diakonidze, a priest, talked about surrogacy and stated that people in the United States use liquid taken from babies to get younger and more beautiful. He also added that Hollywood stars are involved as well.

Diakonidze’s claim that people in U.S. use liquid taken from babies to become younger and prettier is a conspiracy. This theory is being disseminated by QAnon. FBI has classified the supporters of this organisation as a domestic terrorism threat.

The conspiracy theory that babies are kidnapped in the U.S., tortured, and have their adrenochrome or blood taken due to paedophilia or satanic rituals have been actively disseminated in the recent period. Various reputable editions such as BBC, the Guardian, the New York Times, and Snopes have written about it. Although this conspiracy theory relies on various old conspiracies, QAnon has facilitated its new viral spread on social media. QAnon first emerged on 4chan.

Who disseminates the conspiracy about torturing babies?

According to BBC, on October 17, 2017, an anonymous user published several posts on 4chan. The user’s name was “Q” and claimed that he had access to secret information of the U.S. secret services – a “Q clearance”.

QAnon disseminates conspiracy theories and claims that the U.S. President Donald Trump carries out a secret war against elite, satanic paedophiles in the government, business, and media. Conspiracies disseminated by this group are diverse and often contradict each other.

According to the Guardian, the conspiracies disseminated by QAnon are based on the Pizzagate conspiracy theory which was virally disseminated during the campaign leading up to the 2016 U.S. Presidential Election – far-right editions claimed that Hillary Clinton was involved in child trafficking.

Moreover, the QAnon conspiracy theory finds its roots in anti-Semitic conspiracies as well – they claim that a small group of people is trying to establish control over the world.

In 2019, FBI classified QAnon supporters as a domestic terrorism threat, as citizens instigated by this group had caused unrests on several occasions.

How did the conspiracy spread?

Initially, the information disseminated by QAnon was just an anonymous post much like lots of others often shared on the Internet, but since November 2017 this conspiracy has been spreading on YouTube and found more followers.

Through involvement of QAnon supporters, protests against child trafficking were planned in August. Their activity was followed by “Child Lives Matter” which became relevant based on QAnon conspiracy theories and started to go viral.

According to BBC, Facebook deleted 790 groups, 100 pages, and 1,500 ads connected to QAnon in August 2020. The largest QAnon-associated Facebook group counts 200,000 members. In March 2020, a QAnon-associated Reddit platform (board), that counted 20,000 followers, was deleted because it “encouraged violence and published personal and confidential information”.

According to the Spinoff, adrenochrome is a chemically easily obtainable substance with an adrenaline oxygenation (bonding with oxygen). The Food and Drug Administration of the United States (FDA) does not allow the ownership of such substance, but researchers can buy 25 mg for USD 55. In some countries, doctors use this substance to coagulate blood.

In conspiracy theories, adrenochrome is a mystical, psychedelic substance connected to the satanic rituals of the world elite. Such theories claim that children are tortured so that the oxygenated fear hormone (adrenaline) can be obtained.