Who spreads the photo manipulation on behalf of the “Mtavari Arkhi”? 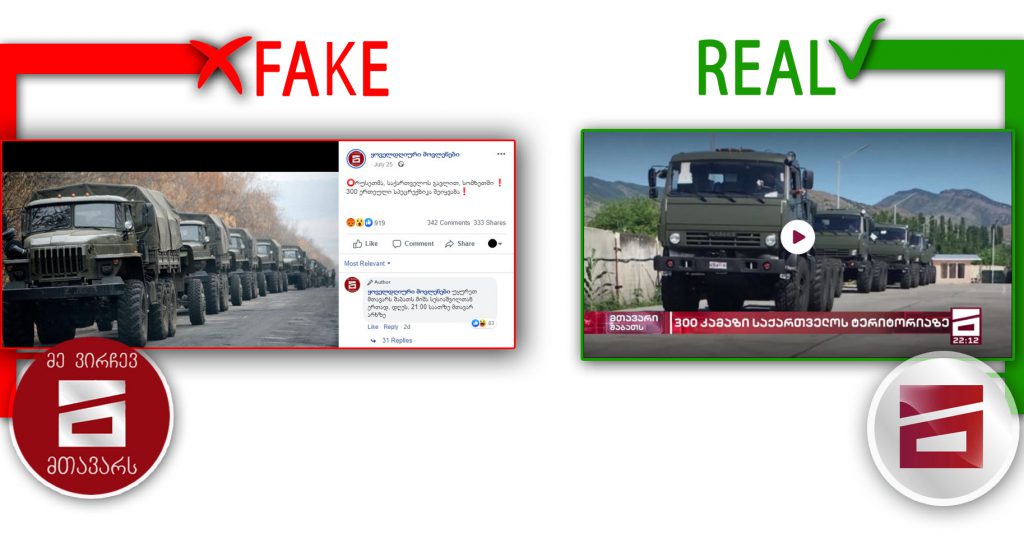 n July 15, the Facebook page “Koveldgiuri movlenebi” (“Daily Events”), which uses the logo of “Mtavari Arkhi” as the main picture of its page, published a photo of military vehicles with the text “Russia sent ❗️ 300 units of military equipment ❗️” to Armenia via Georgia. We learn from the comments that the page in noted photo announced a story on “Mtavari” TV channel at 21:00 on Saturday, July 25. At this time, the post has 333 shares and more than 900 reactions.

The photo spread by “Koveldgiuri movlenebi” was not used in the story of “Mtavari” TV channel, which reported that Russia was preparing to transport 300 military vehicles to Armenia via Georgia. The page attaches the photo to the information spread by “Mtavari Arkhi” on its own initiative. In fact, the photo of military vehicles was taken in the city of Donetsk, Ukraine, in 2014. The “Mtavari Arkhi” itself used in the story the photos spread by the Azerbaijani media Haqqin.az 2, which were used by the mentioned media as an evidence of the transport of weapons to Armenia via Georgia by land. Due to the fact that the Facebook page “Koveldgiuri movlenebi” uses a photo of the TV channel “Mtavari” as the main photo of its page, “Myth Detector” contacted the administration of the official page of the channel. The official page replied in writing that the Facebook page “Koveldgiuri movlenebi” has nothing to do with “Mtavari Arkhi”. According to them, fake pages with the logo of “Mtavari” are periodically created.

On July 26, the anti-opposition Facebook page “Corridor of shame” responded to the post of “Koveldgiuri movlenebi” and imputed the spread of the photo manipulation to “Mtavari Arkhi”. On the same day, an identical text was published by the page “Defense Georgia”. It checked the photo, but linked it to the story of “Mtavari Arkhi” regarding transportation of 300 military vehicles on the territory of Georgia, which, as mentioned above, is false. The photo in the story spread by “Koveldgiuri movlenebi” has not been used as evidence.

The post of the “Defense Georgia” was also published by the website lid.ge and was shared by the “Internet Publication Leader” on its personal Facebook page. 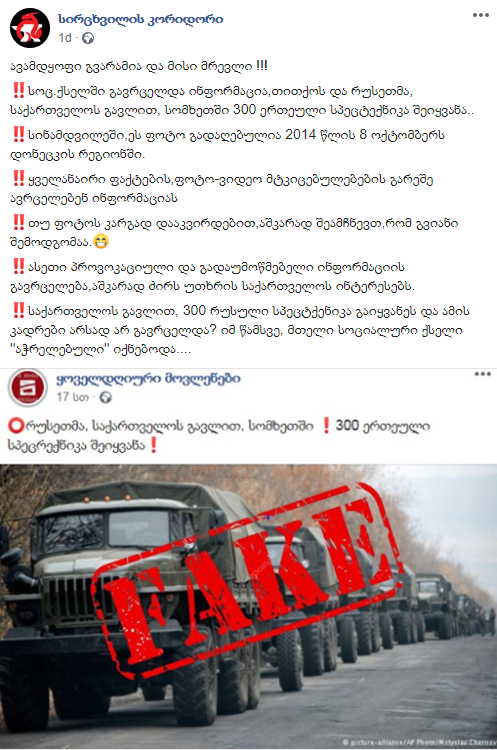 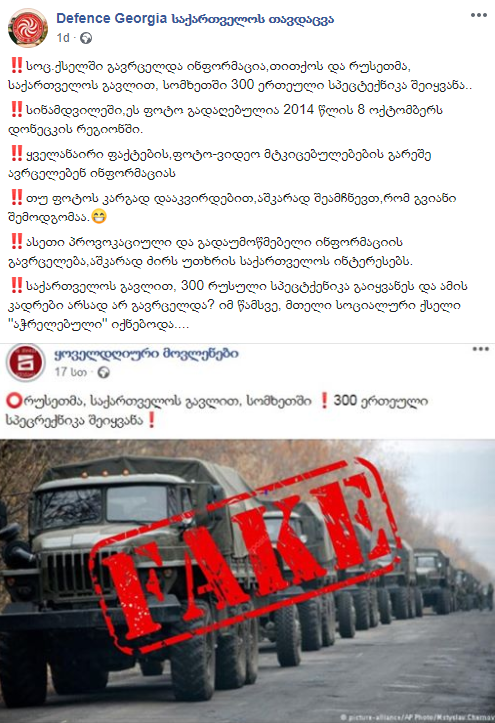 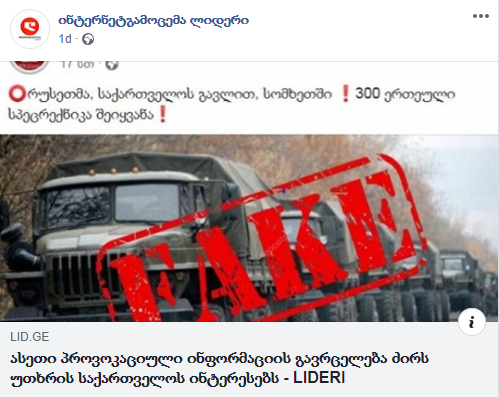 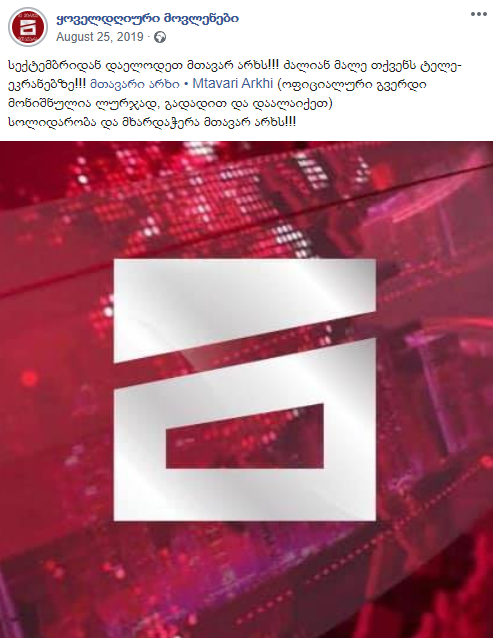 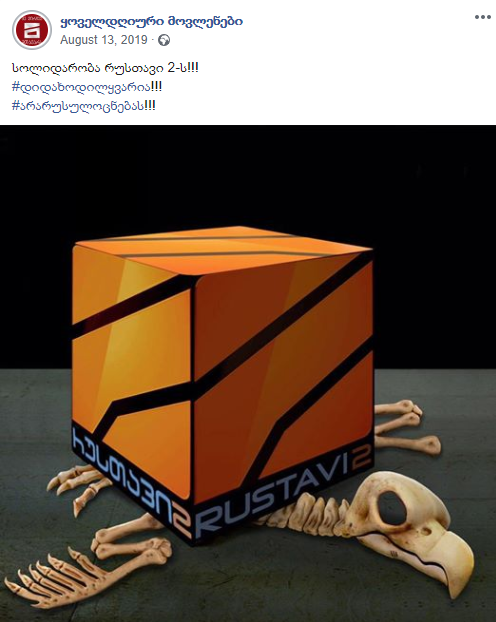 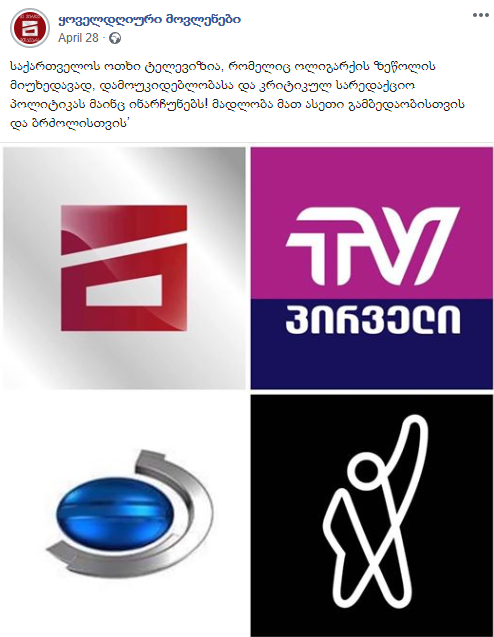