Who Spreads Disinformation about Saakashvili Entering Georgia on a NATO Battleship under Turkish Patronage? 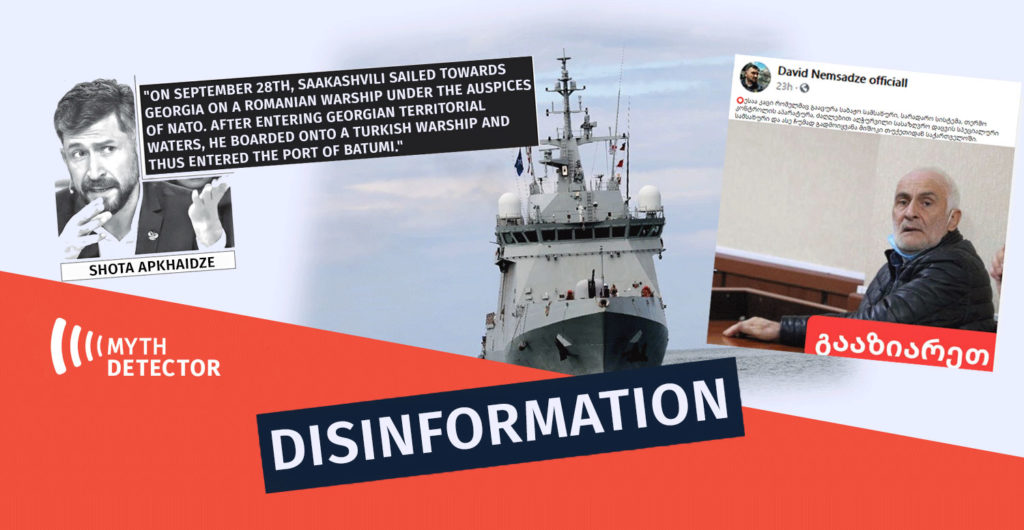 Over the course of the last couple of days, information regarding the illegal crossing of the Georgian border by the ex-president Mikheil Saakashvili has been spread manipulatively both on social and traditional media. By using various platforms, anti-liberal and pro-Kremlin actors have been attempting to link the controversial return of Saakashvili with the West, namely the North Atlantic Treaty Alliance.

On October 1st, 2021, the hosts of Levan Vasadze affiliated channel “Alt-Info,” Zurab Makharadze and Shota Martinenko, alleged the involvement of the West in the illegal border-crossing of Saakashvili. 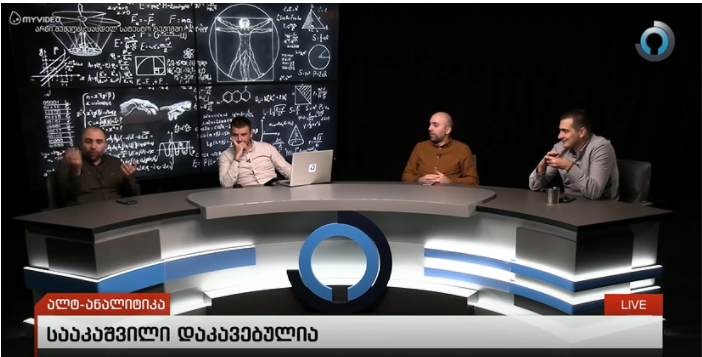 Zurab Makharadze, Host: “On the topic on how Saakashvili managed to enter Georgia, this was a little bit neglected, but he was brought here by the West. […] Misha’s transportation was managed by the people from the West.”

Shota Martinenko, Host: “Bringing him to Georgia is not a big deal at all. One could do that by a ship, let’s say, American or even Ukrainian, sailing into the Georgian port. He could’ve been brought here through Turkey since the borders are open. One could secretly enter any European country, let alone Georgia.”

The October 4-10 issue of the “Asaval-Dasavali” newspaper included a comment of the founder of the “Caucasus Islamic Research Center,” Shota Apkhaidze, claiming that on September 28th, Saakashvili sailed towards Georgia on a Romanian warship under the auspices of NATO. After entering Georgian territorial waters, he boarded onto a Turkish warship and thus entered the port of Batumi.

Shota Apkhaidze, Caucasus Islamic Research Center: “On September 28th, Saakashvili left the port of Constanta onto Turkish warship and arrived at the port of Batumi. As soon as Saakashvili entered the port of Batumi, he was taken to the Turkish consulate, where he was hiding for two days! Saakashvili was brought to Batumi by “brotherly” Turkey by a NATO warship! We know very well about Saakashvili’s relationship with Turkey. He gave 30 000 Turks Georgian citizenship. In addition to the Turkish and American special services, the Ukrainian special services and personally President Zelensky participated in this special operation.” (Asaval-Dasavali, October 4 – 10)

On October 5th, the Facebook page “David Nemsadze official” published an extensive post, again, naming the Turkish battleship as the way of sneaking Saakashvili into the Georgian territory. According to the post, after entering the port of Batumi by ship, the Turkish diplomatic corps ensured Saakashvili’s transportation to Tbilisi, and the person who is currently serving a sentence for aiding Saakashvili is, in fact, innocent.

The post was also shared into the public group “Supporters of Levan Vasadze.” As of October 6th, it has accumulated 126 likes and 61 shares. 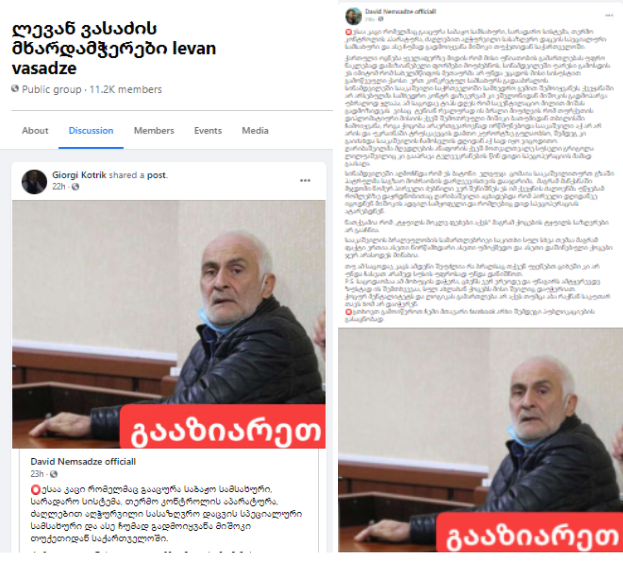 On October 4th, 2021, the Prosecutor’s Office of Georgia issued the following statement regarding the illegal border-crossing by the former president Saakashvili:

Prosecutor’s Office of Georgia: Within the investigation carried out by the Ministry of Internal Affairs of Georgia, it was established that Sh. Ts. and Z. Ts. were aware of the fact that the citizen of Ukraine – Mikheil Saakashvili – was wanted by the law enforcement officers of Georgia for committing a serious crime. Nevertheless, those accused, on September 29, 2021, after Mikheil Saakashvili crossed the border illegally, provided him with transportation by their car and brought him to a village in Samegrelo. Then Mikheil Saakashvili went to Tbilisi and settled down in the apartment temporarily given by E.Ts. On October 1, 2021, Mikheil Saakashvili was arrested at this very address.”

In addition, on October 3rd, the Georgian Public Broadcaster has aired a story, which, based on an anonymous source, claims that the former president Saakashvili entered Georgia from the port of Poti using one of the ferries of the Ukrainian company “Ukrferry.” According to the story, the last ship, “Vilnius,” left for the Odessa region, particularly from the trading port “Chornemorsky,” on September 27th, 2021, and arrived in Poti on September 29th at 9 o’clock in the evening. Noteworthy, the truck that was carried by “Vilnius” was driven by the later arrested Elguja Tsomaia, who ensured the transportation of Saakashvili from Poti. 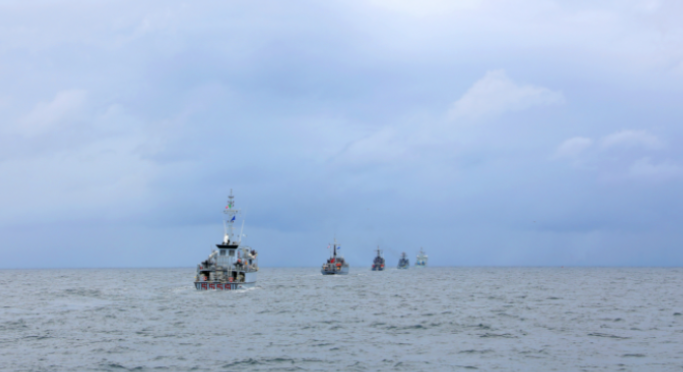 The topic of Saakashvili’s return to Georgia has sparked other conspiracies and disinformation. For more information about the issue, see our articles: