On 7 August, a Facebook user, Nona Sharabidze, posted a message about the August 2008 war: “If Russia is really an aggressor, why did it not shell blocks of flats in the August 2008 war?!” This post aserted that Russia did not target civilians during the August war. 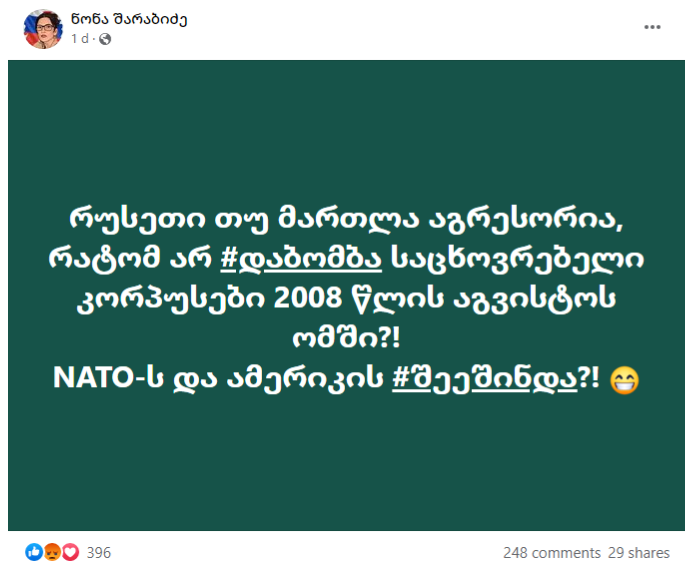 During the Russia-Georgia war in August 2008, the Russian aviation bombed a number of apartment buildings and houses.

On 9 August 2008, the Russian armed forces targeted a block of flats in Gori. The bombing claimed the lives of civilians. The shelling of Gori and nearby villages on 9 August left 25 civilians killed and 138 injured. Nine individuals were killed in only one district of Gori – “the kombinati settlement,” as a result of shelling on 9 August.

According to Radio Free Europe/Radio Liberty, on 9 August 2008, a resident of “Kombinati settlement,” Janguli Okropiridze, went out to shop some products and on his way back, witnessed the bombing of the apartment building he lived in.

RFE/RL: “Janguli went to the market to buy some products and when he was coming back, he saw how a fighter jet made a circle above his apartment building, then dived towards the target and started shelling. The jet dropped four bombs. One of them hit the apartment building he lived in. On that day, Janguli lost four of his family members. He then searched long for parts of their bodies among the ruins.”

The Russian aviation shelled civilians with cluster bombs in the central part of Gori on 12 August 2008 too. On 11 August, the Georgian armed forces received a command to leave the city in order to defend Tbilisi and consequently, on 12 August, only civilians and journalists were in the center of Gori. The bombing on 12 August claimed the lives of seven people.

In addition to apartment buildings, the Russian aviation shelled Georgian villages too. On 9 August, the Russian fighter jets shelled the village of Shavshvebi near Gori as well as the villages under the control of central government in the Kodori gorge.

During the August war, 14 villages were bombed in the Tskhinvali regions, reducing houses, schools and administrative buildings there to ashes. The local population had to flee their homes.

Satellite images of one of destroyed village, Avnevi, taken in 2007 and in 2019: 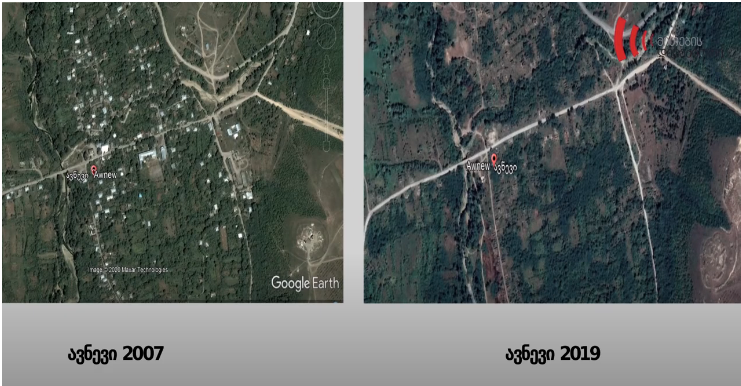 As many as 412 people were killed, 53 villages and 35 000 houses were totally destroyed as a result of the August war.

A Facebook account, Nona Sharabidze, justifies Russia’s military aggression against Georgia and openly supports the annexation of Crimea by Russia. 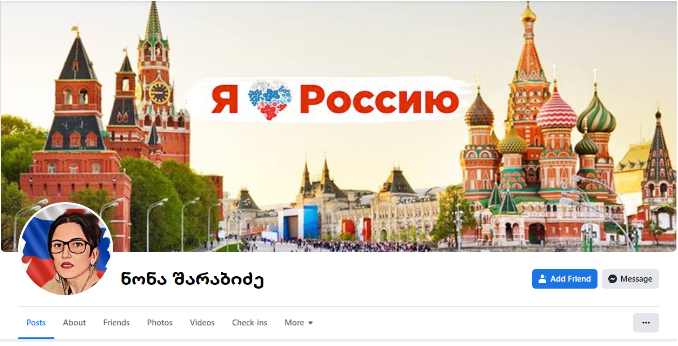 Sharabidze sees the Russian annexation of Crimea as a fair action and blames the Georgian government for losing Samachablo and Abkhazia. In her Facebook posts, Sharabidze often expresses her support to Putin. 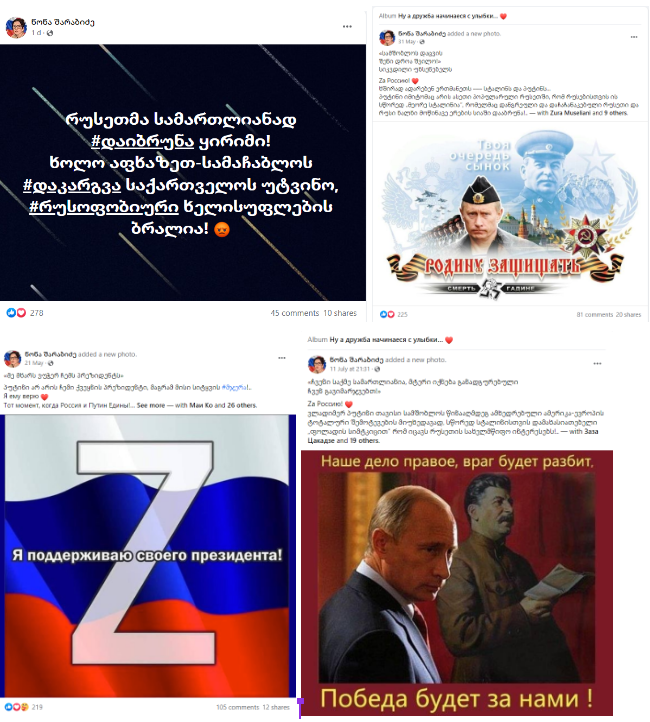