Who Puts Equal Sign between NATO Integration and Deployment of Turkish Troops in Georgia? 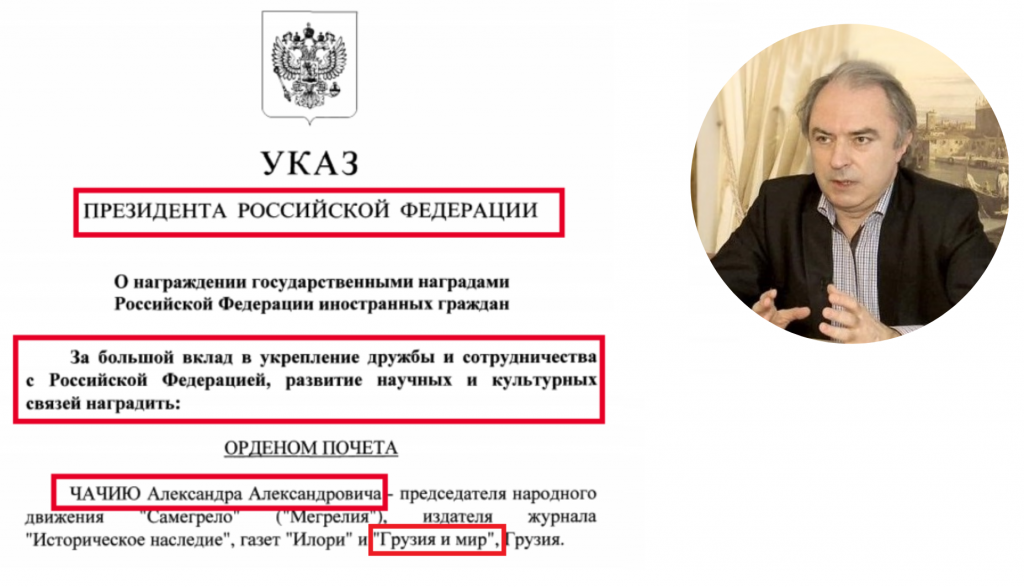 A popular conspiracy theory that Georgia’s NATO integration will allegedly lead to the deployment of Turkish troops in the country, because Turkey is a NATO member state, was revitalized by an online edition Georgia and the World, which released an article on March 16 titled “Hey, NATO, where are you?” The article reposts some fragments from the interview with Alexander Chachia, publisher of Georgia and the World and Moscow-based political analyst, taken by the online edition in 2012. The respondent claims that Turkey is interested in Georgia’s membership to NATO, because it will be able to deploy its troops on the territory of Georgia.

Alexander Chachia, Russian-based political analyst: “Do you know who, besides the United States, is most interested in Georgia’s membership to NATO? Turkey, as well as political circles of Abkhazia and [South] Ossetia. It will enable Turkey to bypass Russia and deploy its troops under the aegis of NATO in Georgia – the country, where they were expelled from by the Russians 20 years ago… What kind of integration will we have, when NATO’s Turkish troops will stand on the one side of the border and Russian troops – on the other?”
16 March, 2018 . Geworld.ge

The myth on the deployment of Turkish troops in Georgia that was revitalized by Alexander Chachia and Geworld.ge is a popular  message  of anti-Western propaganda and aims at sowing groundless doubts among the public against integration into the North-Atlantic alliance. NATO has no “army” and its structure, functions and procedures do not envisage the deployment of military bases in any member state.

Conspiracy theories on the deployment of Turkish troops in Georgia in case of the latter’s integration into NATO were disseminated in 2014–2017 by various pro-Kremlin actors, as well as media and political party representatives. 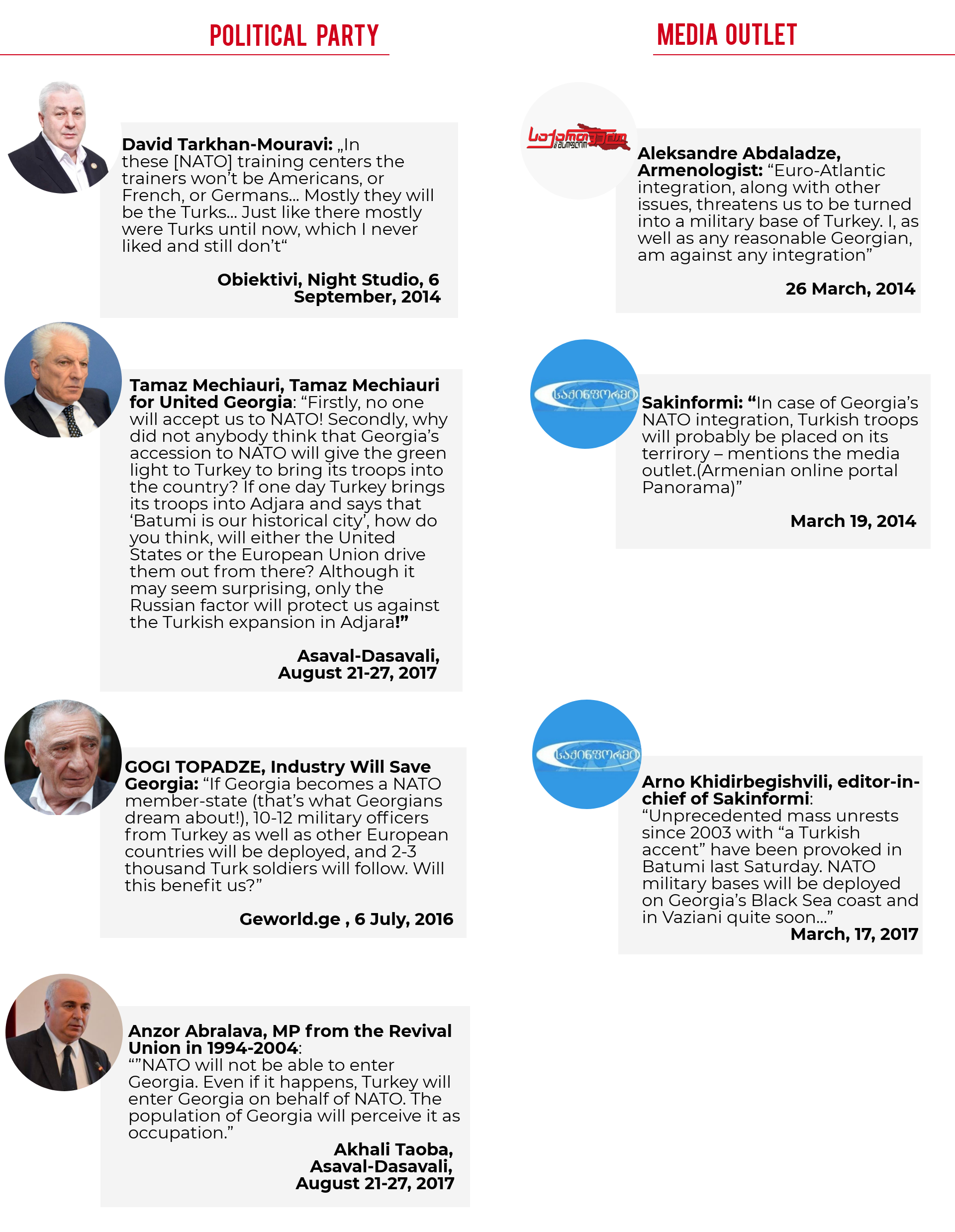 Chachia is a Moscow-based political analyst, whose interviews are regularly posted on Georgian language pro-Kremlin websites – Sakinform and Georgia and the World (Geworld.ge). Simultaneously, Chachia is also a member of the Public Council of “Historical Heritage”, an organization that founded “Georgia and the World”. On February 13, 2014, Russian President Vladimir Putin awarded the Order of Honor to Chachia for his great contribution to strengthening friendship and cooperation with the Russian Federation, development of scientific and cultural ties. The text of the order reads that Alexander Chachia is the chairman of people’s movement Samegrelo and publishes a magazine Istoriuli Memkvidreoba (Historic Heritage), as well as newspapers Ilori and Georgia and the World.

Alexander Chachia, as well as the online publication “Georgia and the World” often appear in researches carried out by the Media Development Fund, as sources of Anti-Western propaganda. 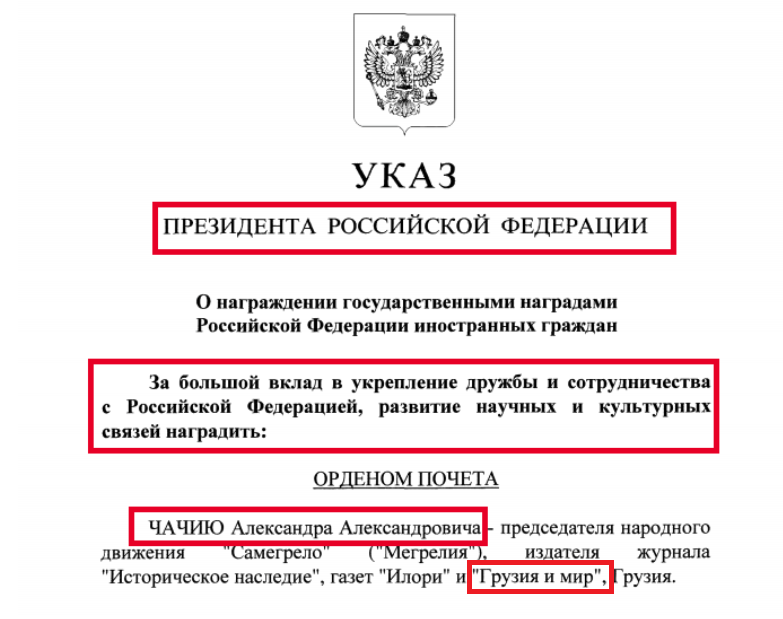 Based on research by Damoukidebloba.com, Alexander ChaChia is the Head of “Moscow’s M. V Lomonosov State University Alumni Association of Georgia” and a Board Member of the “Research Center for the Problems of Globalisation”. In 2015, Chachia participated in the “The Great Victory Obtained by Unity” ceremony in Russia that was dedicated to the 70th anniversary of the victory obtained in the Second World War.