Who Manipulates with Israel’s Deaths Statistics? 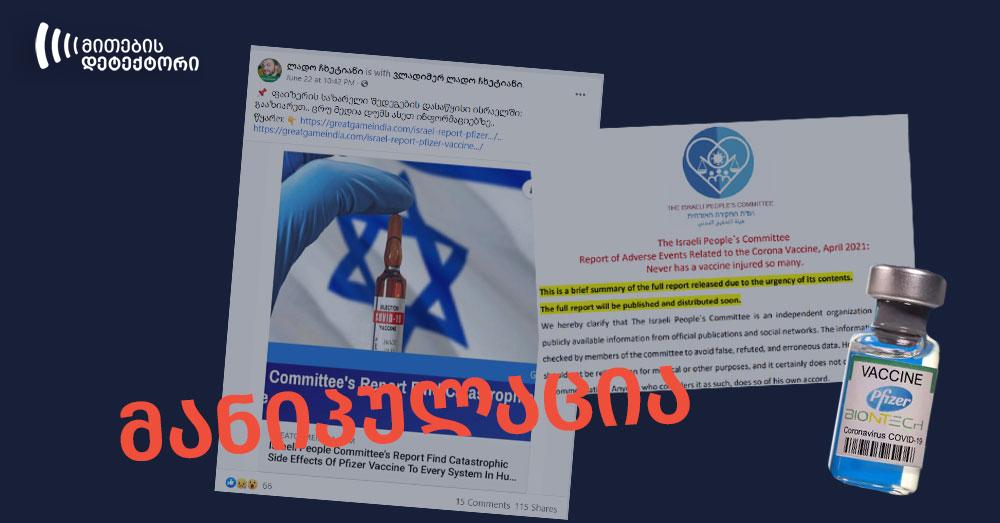 On June 22, a Facebook user Lado Chkhetiani published a post about side effects of COVID-19 vaccinations in Israel. Chkhetiani claimed that the Israeli People’s Committee (IPC), a civic organization, composed of leading healthcare experts in Isarael, published a report about the side effects of the Pfizer vaccine in April 2021. Chkhetiani writes that, according to the report, the Pfizer vaccine caused 288 deaths, which is evidenced by the fact that the death rate in January-February 2021, at the peak of the vaccination campaign, increased by 22% as compared to the last year.

The post also mentions that the civic investigatory committee already has information about 2,066 side effects and that the data point at damages of nearly all body systems, especially the cardio-vascular system. Chkhetiani cites greatgameindia.com as the source. 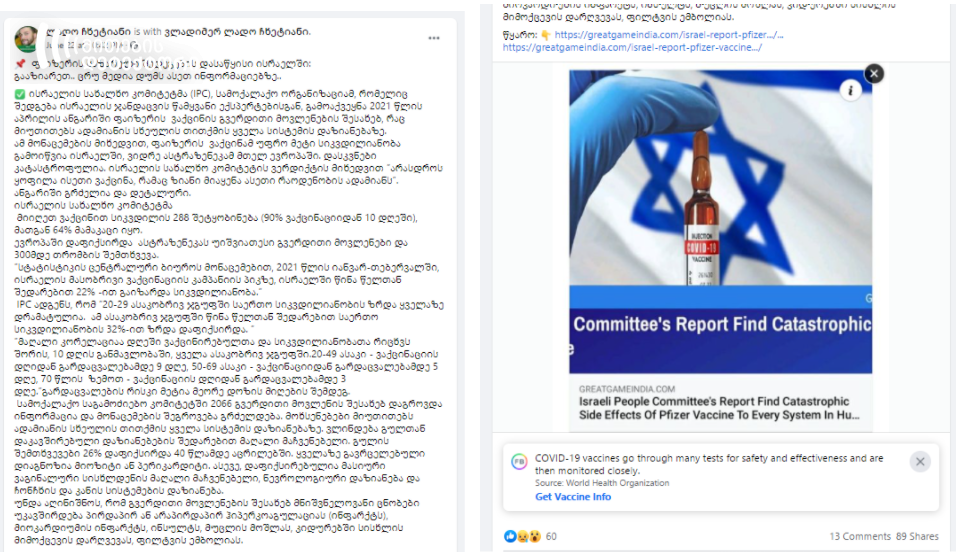 The given post is manipulative, as 1) IPC is not a group of leading healthcare experts. It is an independent organization and its report does not include any medical recommendations; 2) It is irrelevant to compare January-February death figures from 2021 with 2020 because there were no recorded COVID deaths in the given period in 2020.

The report by the IPC was disseminated in May 2021 and quickly received acclaim among conspiracy pages and groups around the world. The six-page report is available online. It mentions the figures mentioned by Lado Chkhetiani in his post, but the figures do not come with sources. The very first paragraph of the report includes a disclaimer by the authors that the IPC “is an independent organization relying on publicly available information from official publications and social networks”. The report also claims that it “should not be relied upon for medical or other purposes, and it certainly does not contain any medical recommendation”. 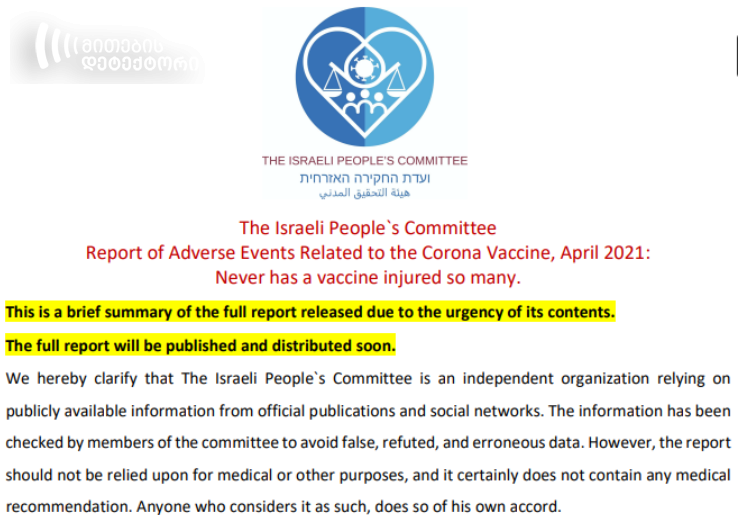 Moreover, the IPC members are not leading Israeli healthcare experts – they are people of various professions. According to the webpage of the organization, the IPC “is a group that was formed by Israeli citizens whose goal is to encourage people to share and relate their experience in regard to civil rights violations, any damages or discrimination arising from the current crisis, ethics violations and suspected governmental and institutional criminality”. The group includes doctors, attorneys, criminologists, epidemiologists, and academic researchers.

According to Whois Lookup, the website was created on March 18, 2021, and its IP is located in the state of Virginia in the United States. 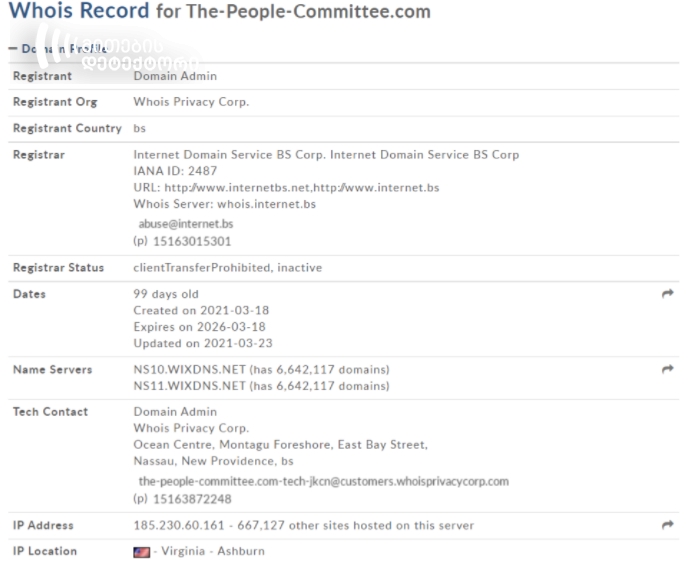 The Ministry of Health of Israel also published official figures on the side effects of the vaccine. For instance, in June 2021, Reuters wrote about a similar report, which was based on the data by the Ministry of Health of Israel. According to the data, only a small fraction of the vaccinated showed side effects, and there is no confirmed link between the vaccination and these medical conditions.

The report by the Ministry mentions few cases of myocarditis in young men who received the Pfizer shot. The studies on the link between the vaccines and myocarditis are still ongoing. Read more about this topic:

Analysis of death statistics in the first eight weeks of 2020 and 2021 showed that there were 8,090 deaths in Israel in the first eight weeks of 2020 in Israel, whereas in 2021 there were 9,549 deaths in the same period. The figures from 2021 exceed those from 2020 by 1,459, which accounts for an 18% increase, but it is irrelevant to compare these periods, because the first case of COVID-19 was recorded in Israel only on February 21, whereas the first COVID-related death happened on March 21, 2020.

In February 2021, only 38% of the Israel’s population had received minimum one dose of the anti-coronavirus vaccine, whereas 97% of the deceased in the same period fell on non-vaccinated people.