Who links the death of 2Pac to Bera in the name of “Mtavari Arkhi”? 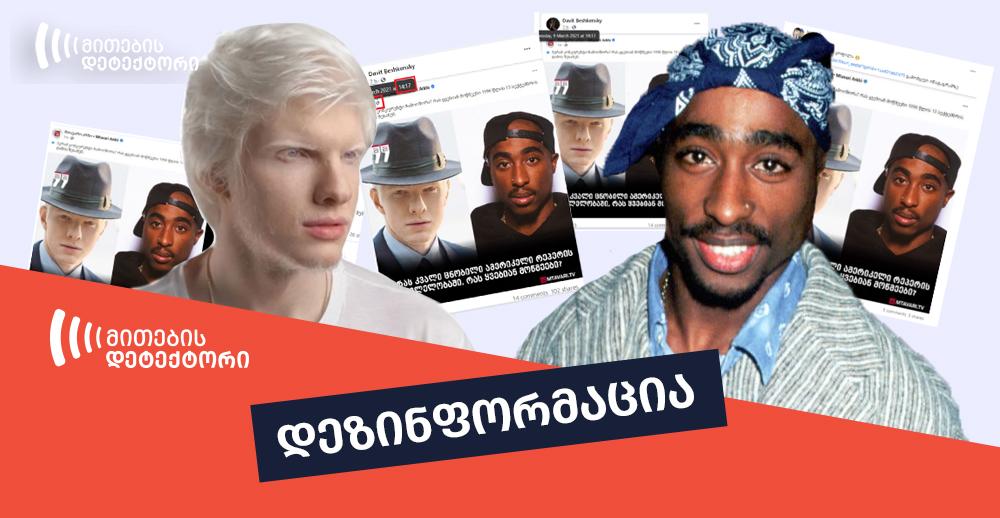 The post with such content was first published by the user Davit Beshkensky presumably in a sarcastic nature, however, later other Facebook accounts also published the identical screenshot of “Mtavari Arkhi” TV even accusing Bera of murdering American rapper as a confirmed fact. 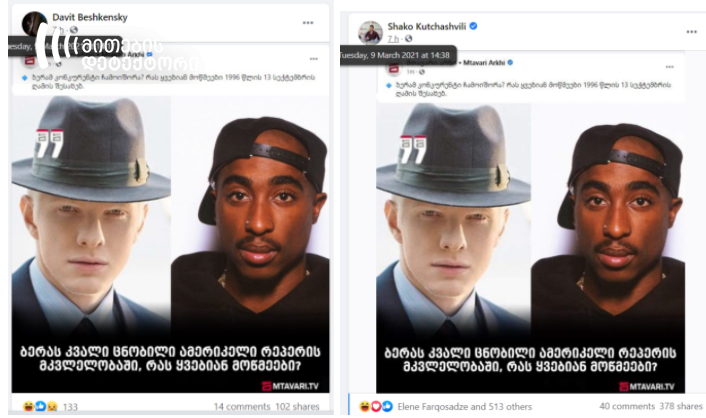 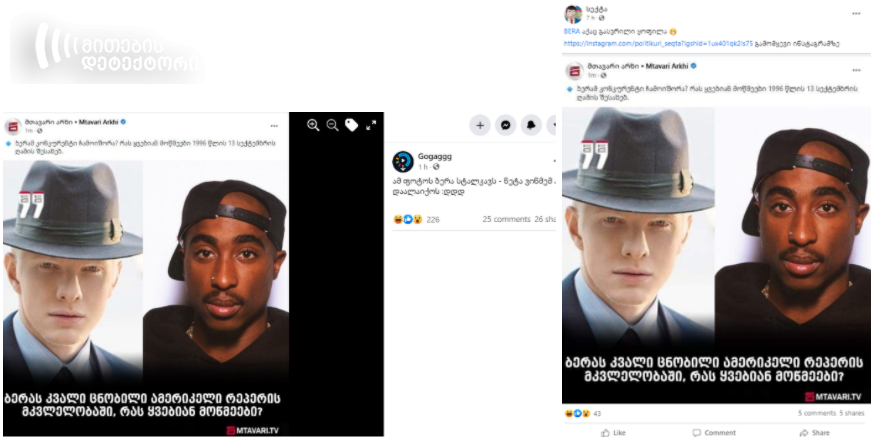 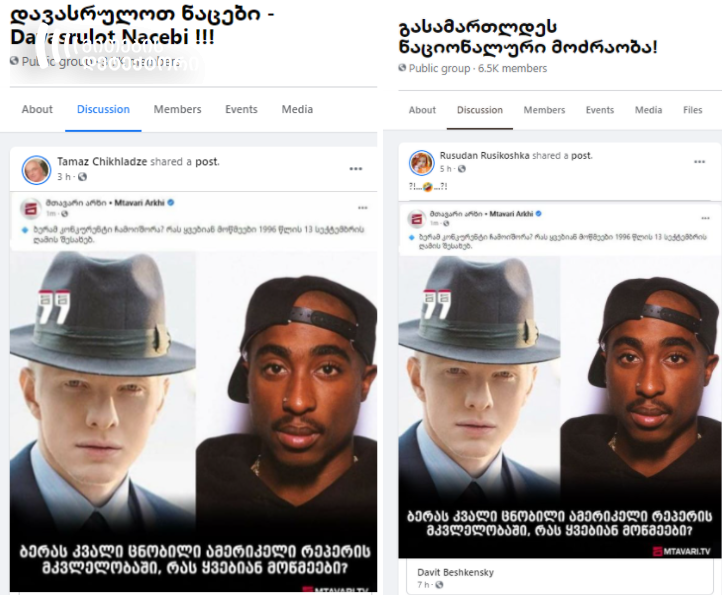 The published screenshot is fake and cannot be found on the Facebook page of “Mtavari Arkhi”. The screenshot was published in times of TV Pirveli’s dissemination of covert recordings of Bera Ivanishvili, according to which, in the past, Bera had instructed the current chief of the state defense to retaliate against critical comments published on the social network. 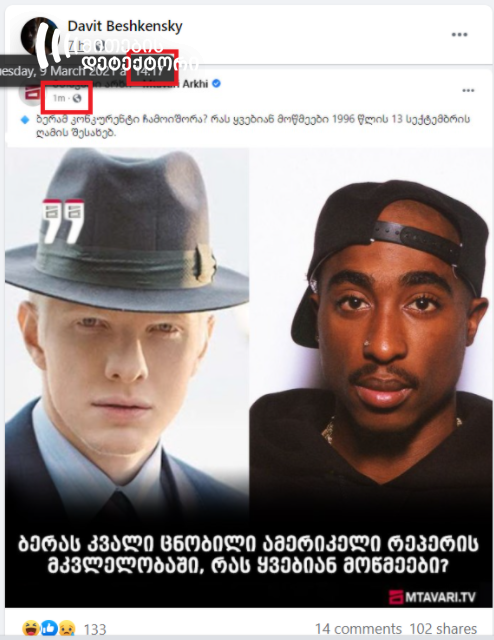 In reality, the post published at this exact time cannot be found on the Facebook page of “Mtavari Arkhi”, however, a minute earlier, at 14:15, “Mtavari Arkhi” published Tea Tsulukiani’s comment on the covert recordings of Bera Ivanishvili, Irakli Gharibashvili and Anzor Chubinidze, whereas, Mamuka Mdinaradze’s thoughts on this topic was published even earlier (13:57). 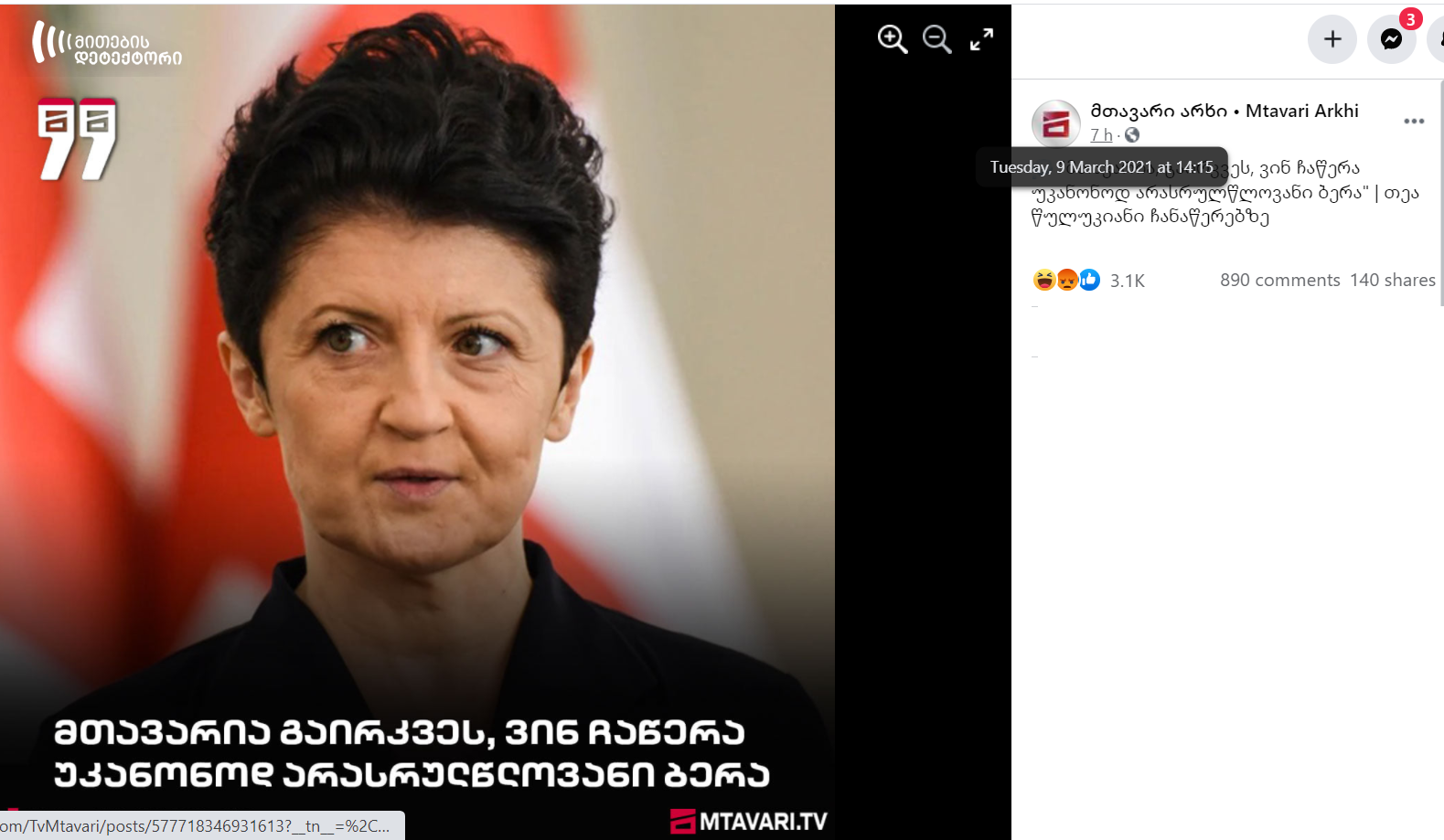 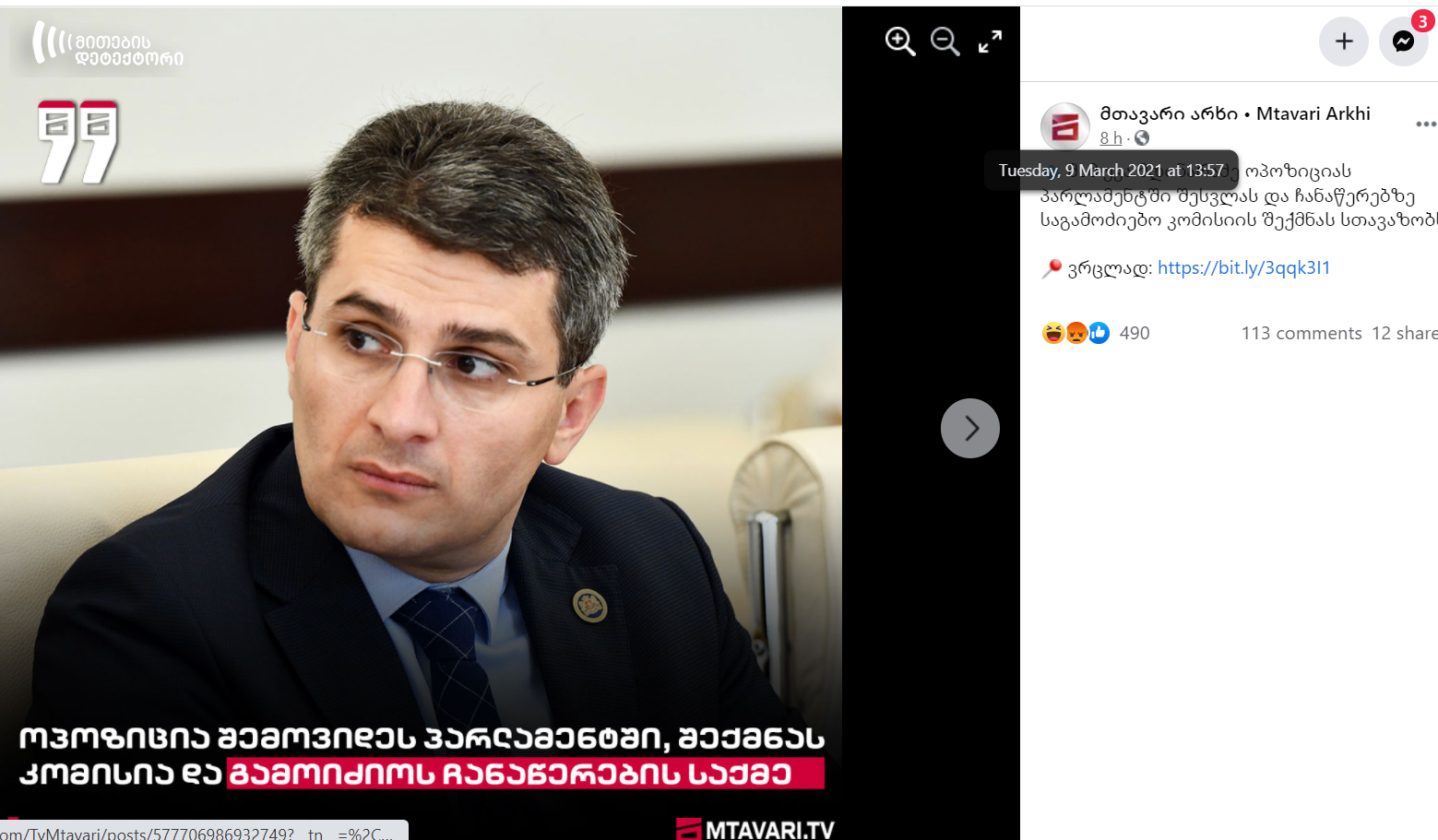 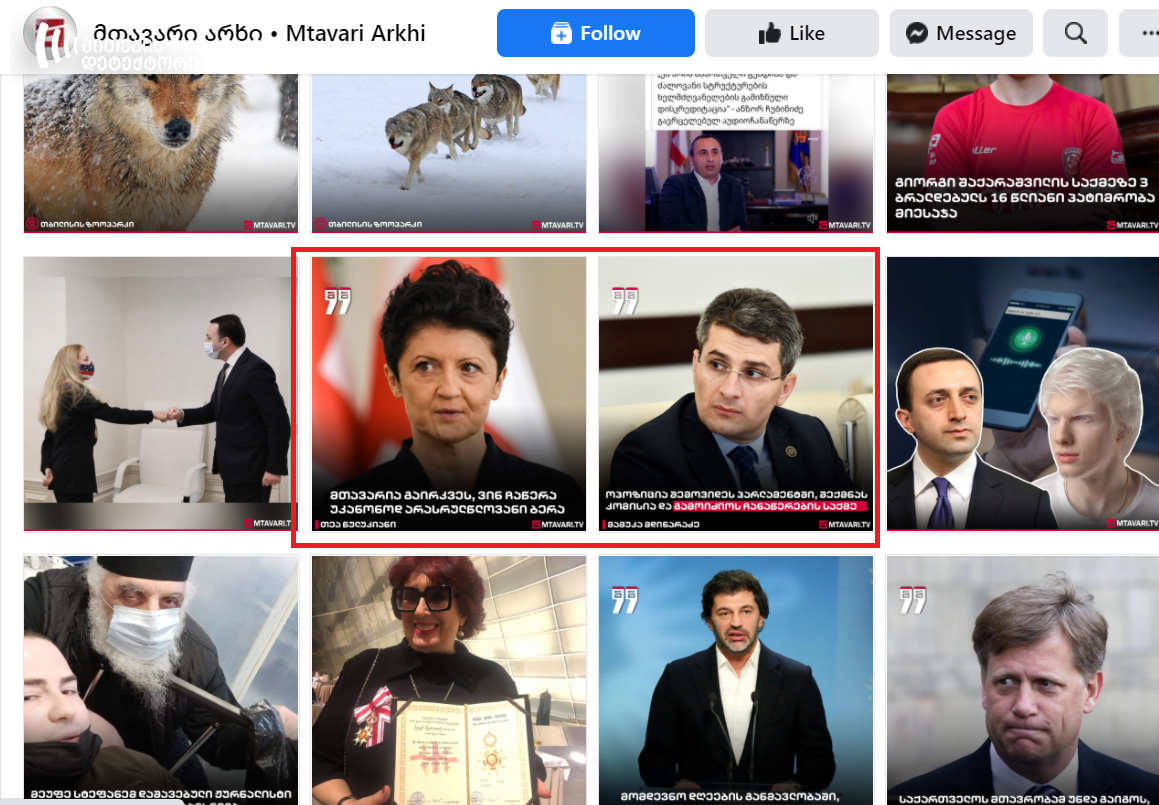 Following March 6, when TV Pirveli published the covert recordings of presumably Bera Ivanishvili, Irakli Gharibashvili, and Anzor Chubinidze involved in criminal activities, overall 11 photos, either directly or indirectly connected to Bera Ivanishvili, were posted on “Mtavari Arkhi’s” Facebook page. Half of the photos were about athletes and Irakli Gharibashvili’s wife expressing their support for Bera, while the second half was about the “Georgian Dream” top officials and Clerics’ statements about the recordings. No published post linked the death of 2Pac to Bera Ivanishvili.

On September 7, 1996, famous American rapper Tupac Shakur (2Pac) was shot four times in Los Angeles. The rapper died of injuries on September 13. Despite numerous theories and investigations about the murder or murders of 2Pac, the murder’s true identity is still unknown. Bera Ivanishvili was born on December 23, 1994, and wouldn’t even be 2 years old on September 7, 1996.

The context of covert recordings

Following the release of recordings, pro-government actors have emphasized the date of recording and Bera being underage at that time. On “Imedi” TV, Bera Ivanishvili has confirmed protecting his reputation against verbal abuse to save his dignity. He also mentioned that incident took place in 2011, under the previous government, when he was still a teenager and he and his family were targeted by a bullying campaign.