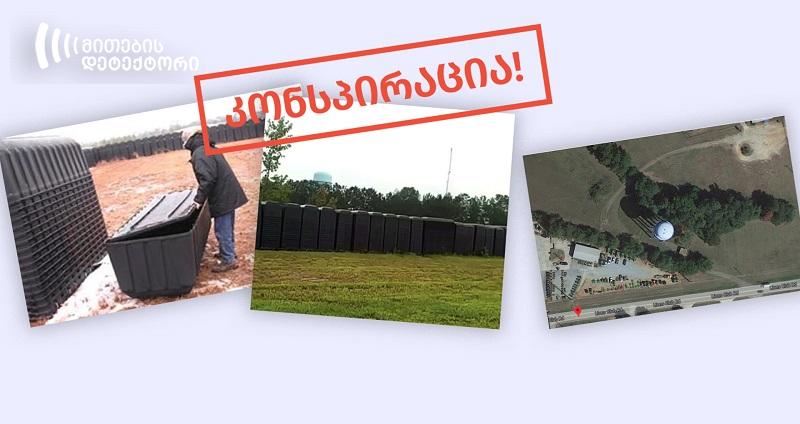 On February 7, Facebook profile Ketevan Gejadze published a post, claiming that the U.S. Centers for Disease Control and Prevention (CDC) has rented a land area, where millions of “plastic coffins” purchased by this health protection agency have been stored. The author of the post notes that several dead bodies can be put in such containers and several containers can be buried in one grave. The post is accompanied by the photos showing these containers.

The author also writes that “if they are preparing for the gravest pandemic,” it may be linked to what Bill Gates meant when talking about 30 million deaths within six months. 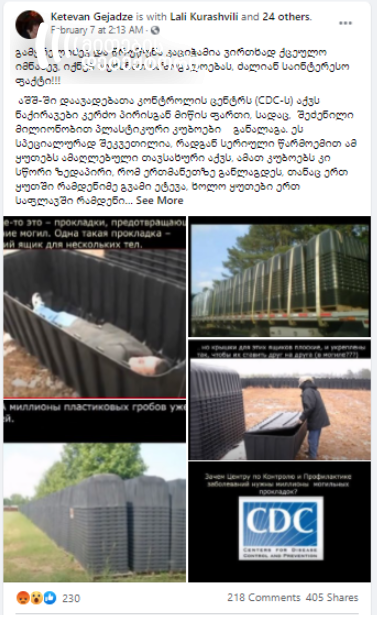 The conspiracy theory about “plastic coffins” has long been circulating and it has even been linked to the Ebola virus. In fact, what is shown in the photos are not “plastic coffins,” but rather burial vaults that protect the coffin from water seepage and maintain level ground above. The Vantage Products Corporation offered the burial vaults for sale in the late 1990s and they have nothing to do either with CDC and COVID-19, or Bill Gates’ remarks of 2017.

The author describes the black containers shown in the photo as “plastic coffins.” In fact, the photo shows not coffins but rather what is known as burial vaults, which do not hold human remains in themselves, but are a protective shell that coffins are placed into before interment in areas where water seepage or ground subsidence is an issue. 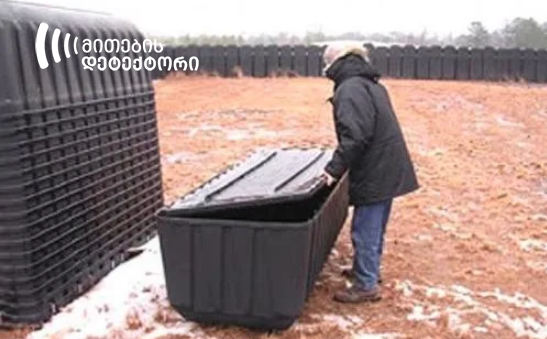 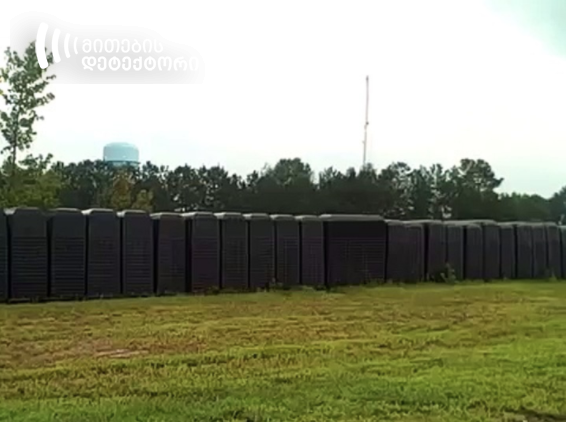 The photos were giving rise to various conspiracy theories for years. They were linked to the Ebola virus, Barack Obama and Federal Emergency Management Agency (FEMA). The author of the post links them to the U.S. Centers for Disease Control and Prevention (CDC). In fact, the burial vaults were placed by their owner, Vantage Products Corporation in Madison, Georgia, in the late 1990s.

Conspiracy theories about “plastic coffins” started appearing in blog postings that date back to December 2007, although the majority of postings have come within the latter half of July. According to the rumors, some half million of the vaults were the property of the U.S. government and were being stockpiled in anticipation of a biological disaster, the implementation of martial law, or the imprisonment of thousands of U.S. citizens in FEMA-run concentration camps.

According to Snopes, the conspiracy rumor was resurrected in January 2014 by an article positing that the Obama administration had “quietly ordered $1 billion worth” of “disposable FEMA coffins”.

The rumors reemerged during the massive Ebola outbreak in October 2014 claiming that the burial vaults were stockpiled in anticipation of high casualties in the United States.

The U.S. sources linked “plastic coffins” conspiracy theory to CDC during the massive Ebola outbreak. They were referring to the fact that CDC’s head office is located in Atlanta, Georgia, while burial vaults were also stockpiled in Georgia, namely the city of Madison. It is noteworthy that the company that stockpiled vaults in Madison is also located in the State of Georgia. However, the coincidence of the locations does not prove that burial vaults belong to CDC.

Snopes quotes Morgan County Citizen as saying in 2008 that tens of thousands of grave liners were stored on leased land in Madison, Georgia, back in the 1990s by their manufacturer, the nearby Vantage Products Corporation, based in Georgia, for distribution to other areas on an as-needed basis. Since the coffin liners were made to withstand the elements, there was no need for Vantage to store them indoors, so the company simply leased a large, unused outdoor field for use as a warehouse.

Vantage Products Corporation Vice President of Operations Michael Lacey told Morgan County Citizen that the vaults were placed in Madison around 1997 or 1998 and initially they were as many as 70,000 or 80,000. However, in 2008, when the interview was given, their number stood at 50,000.

Snopes also provides Google Maps coordinates of the place showing that the liners are now gone from the Madison location.

After entering coordinates in Google Maps, we will see that the latest images are dated back 2016. Satellite images show that the place where grave liners were placed is empty. 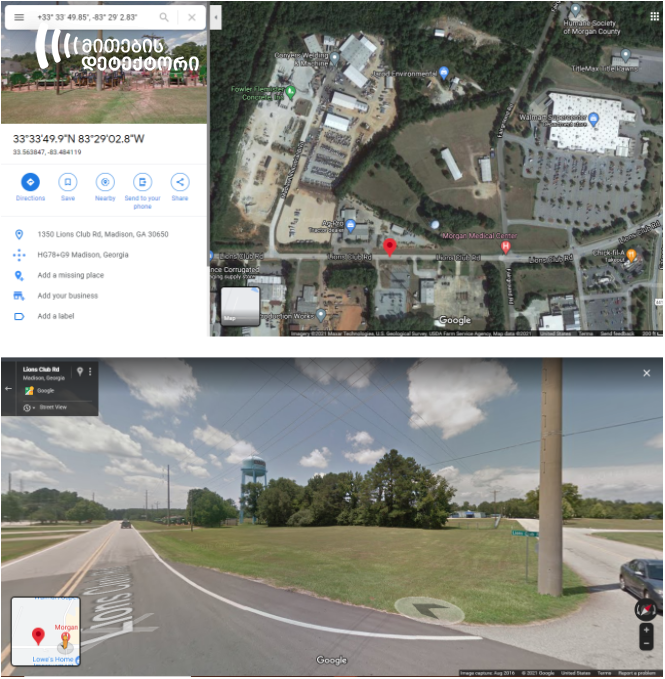 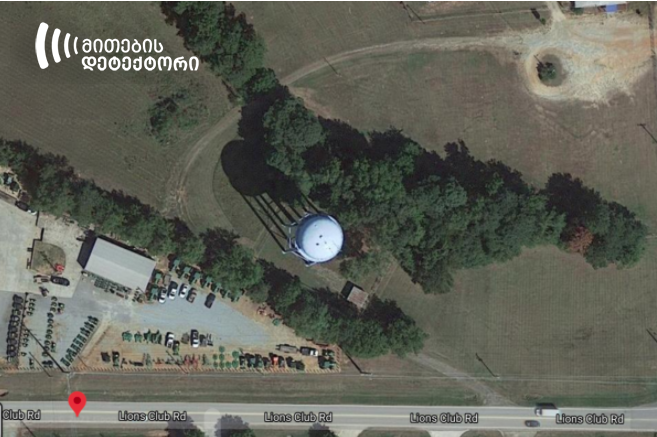 As for Bill Gates predictions about the death of 30 million people from the virus, the U.S. business magnate and philanthropist made such a prediction in 2017; however, the author of the post manipulatively links him to “plastic coffins,” though actually, the burial vaults were stored in Georgia much earlier.

Speaking at the Munich Security Conference in February 2017, Bill Gates quoted epidemiologists as saying that a fast-moving airborne pathogen could kill more than 30 million people in less than a year. He also added that there was a reasonable probability the world would experience such an outbreak in the next 10 to 15 years.