Who is Yuri Roshka, and In exchange for what did Georgia get Visa-liberalization? 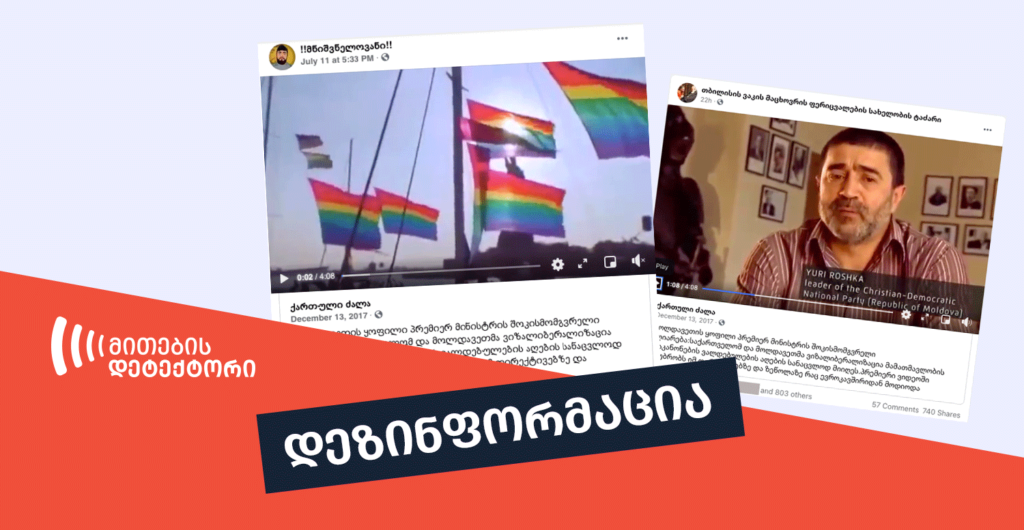 On July 11th, Facebook page “!!Important!!,” and on July 14th, the Facebook page of the Savior’s transfiguration Church of Vake in Tbilisi (Followers of Bishop Shalva Kekelia) have shared a video originally published by the page “Georgian Power.” The post claims that the former Prime Minister of Moldova has made a shocking announcement. The video names Yuri Roshka as the former Prime Minister of the Republic of Moldova and claims that, according to Roshka, Moldova and Georgia obtained Visa-liberalization with Europe in exchange for legalizing gay marriage.

The video states: “Yuri Roshka, the former Prime Minister, has found the power to resist lobbying homosexuality in his country. He is now separated from the Western emissaries.” 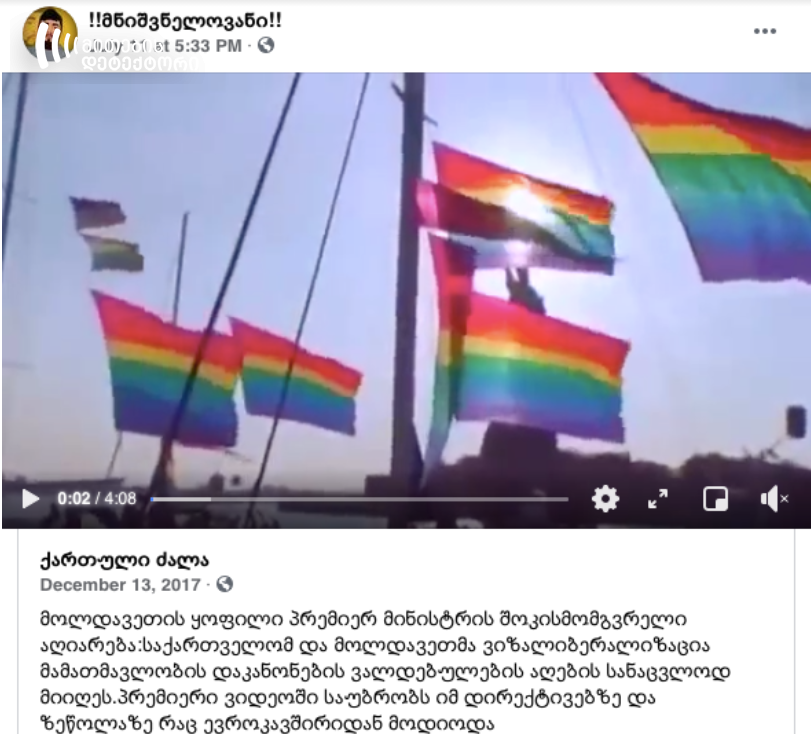 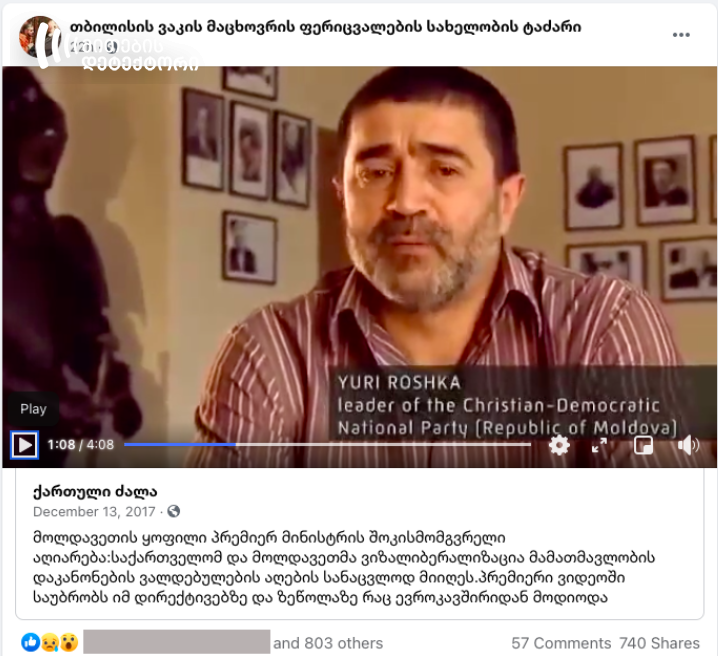 The statement voiced in the video that Moldova and Georgia obtained Visa liberalization with Europe in exchange for the obligation to legalize gay marriage is false. In the video, Roshka talks about the anti-discrimination Law and not the Visa-liberalization agreement, which represent different legal acts. Anti-discrimination laws entail protecting people from all kinds of discrimination, including religion, and is not confined to sexual identity. Yuri Roshka has never served as the Prime Minister of Moldova. In 2019, he served as a vice-Prime Minister for the duration of four months.

Moldova obtained the right of visa-free movement with the EU in spring 2014. The Association Agreement with the EU does not entail the obligation to legalize same-sex marriage. The same obligation was also not included in the VLAP (Visa Liberalization Action Plan) obtained by Georgia in February 2013.

The Law on the Elimination of All Forms of Discrimination, introduced in Georgia in 2014 (under the framework of the Association Agreement with the EU), often serves as a source for manipulation and fake news. The Law aims to end all forms of discrimination within the country and ensure the equal opportunity of every Georgian citizen to benefit from their respective rights given by the constitution. The Law entails protecting the population not only on the basis of sexual identity but also on ethnic, religious and many other grounds.

The leader of the Christian-Democratic People’s Party (1994-2011), Yuri Roshka, has never been the Prime Minister of Moldova. Instead, he served as the vice-Prime Minister on security issues before the formation of a new government from June to September 2009. Roshka stresses that the country obtained Visa-liberalization in exchange for introducing the anti-discrimination Law. He never mentioned Georgia or same-sex marriage in the video. Roshka claims that according to this new regulation, the employer does not have the right to refuse to hire a person because of their non-traditional sexual orientation.

The circulated video represents a fragment from Arkadiy Mamontov’s documentary called “Sodomy.” Mamontov is a Russian journalist who hosted an original TV program on Россия 1 and has been working on documentaries since 2014. Mamontov is a supporter of Putin. In 2014, Ukraine included him in the list of journalists who are banned from entering Ukraine.

On March 1st, 2011, Georgia had established the Visa Facilitation Agreement with the EU, which eased the acquiring procedure for the Schengen Visa and enabled the holders of the diplomatic passport to enter the EU without a visa. In addition, the Readmission Agreement has been enforced, which entailed the return of the Georgian citizens violating the visa regime. Following the Readmission Agreement, the official talks regarding the visa-liberalization have commenced, and in February 2013, Georgia obtained the Visa Liberalization Action Plan (VLAP).

According to the final report published on December 18th, 2015, Georgia has managed to fulfil the conditions of the Visa Liberalization Action Plan, which became the precondition for the introduction of the visa-free movement.