Who is Shota Apkhaidze, who was Included in the List of Sanctioned Persons by the President of Ukraine? 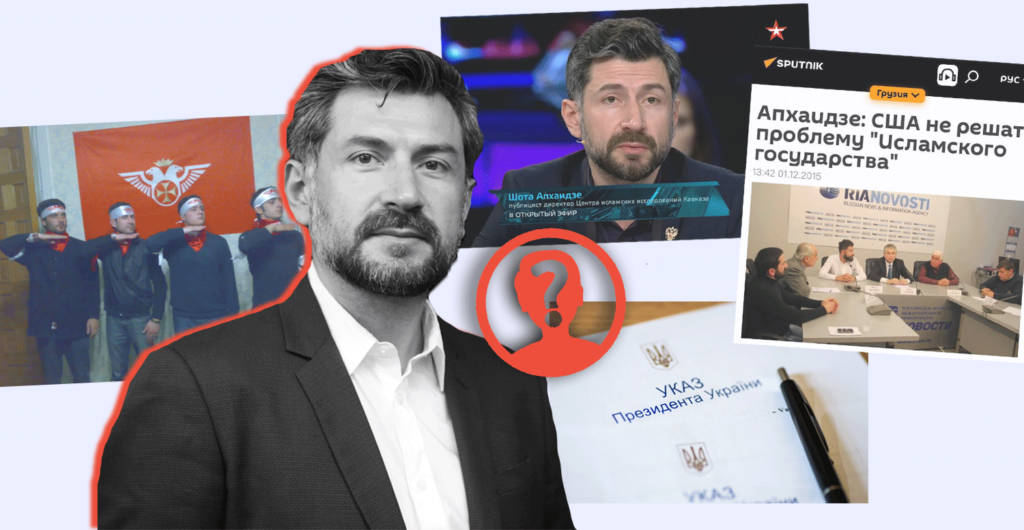 On January 15th, 2023, Volodymyr Zelenksyy approved the amendments to the document on personal, special economic and other restrictive measures (sanctions) proposed by the National Security and Defense Council of Ukraine. The updated list of sanctioned individuals now includes Shota Apkhaidze., who is now subject to restrictions on entry into the territory of Ukraine, restrictions on assets, financial operations and other types of activities.

On May 7th, 2010, Shota Apkhaidze was arrested for breaking into “Kavkasia TV” together with the leaders of the “Orthodox Parents’ Union” and “People’s Orthodox Movement” and for violent actions motivated by hatred. In 2012, after the change of the ruling party, Apkhaidze was given the status of a political prisoner and was released from prison.

Before his arrest, Apkhaidze used to publish analytical pieces in Malkhaz Gulashvili’s media holding “Georgian Times“. At the same time, he was a member of the “People’s Orthodox Movement” established in 2010 and led its affiliate youth movement “Tsin” [Forward].

In 2013, Apkhaidze participated in an event organized by “Caucasian Cooperation”, where he stated that “Saakashvili committed genocide of the Ossetian people in 2008.” In 2015, he founded the Caucasus Center for Islamic Studies.”

Shota Apkhaidze has appeared in a number of Kremlin-linked propaganda outlets. At various times, he was featured in the articles of Sputnik, Georgia and World, EurasiaDaily, RiaNovosti and News Front. Shota Apkhaidze was allegedly an editor of the Georgian-language version of NewsFront, which has been operating since 2019. This was confirmed by an article published by News Front Georgia on February 10th, 2020, entitled “The Georgian flag is flying in the centre of Moscow.” The article mentioned that News Front editor Shota Apkhaidze and journalist Beka Kvitsian provided the video to News Front from Moscow. It should be noted that Apkhaidze later denied this information to Myth Detector. 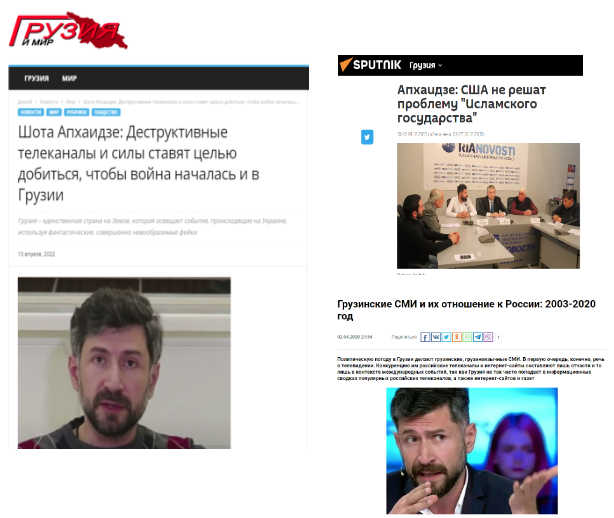 For more information about  News Front, see the article by “Myth Detector.”.

Notably, in 2017, in the Russian propaganda media, Aphaidze positioned himself as the organizer of the xenophobic and anti-migration march organized by the “Georgian March.”

In 2019, Shota Apkhaidze also appeared as a journalist on Zvezda TV, owned by the Ministry of Defense of Russia. The program “Open Air” (“Открытий ефери”) was based on a story prepared by Apkhaidze, in which he amplified the Kremlin’s propaganda conspiracies around the topic of human organ trade during the military operations in Eastern Ukraine.

It should be noted that Apkhaidze is mentioned as an author on the Zvezda news portal, where he has published several articles about Georgia, including an article published in 2020 claiming that the Anaklia port would soon be transformed into a US military base. 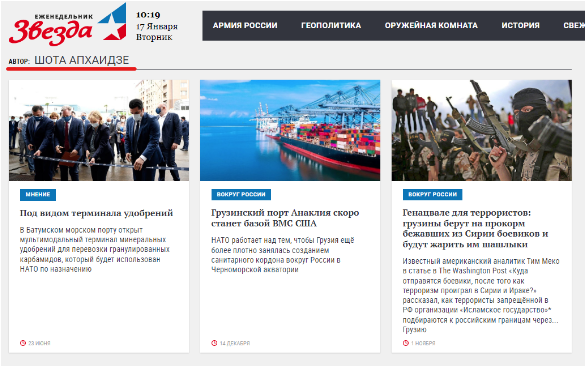 Apkhaidze is distinguished by openly pro-Russian and anti-Western rhetoric. After the launch of Russia’s full-scale war in Ukraine on February 24th, 2022, Apkhaidze voiced a number of anti-Ukrainian statements. Namely, in interviews with various Russian media outlets, he accused the Ukrainian government and the president of trying to open a second front in Georgia and overthrow the incumbent government.

On March 1, 2022, in an interview with the Kremlin propaganda outlet EaDaily, Apkhaidze stated that the recall of the ambassador of Ukraine from Georgia was the first step in an attempt to destabilize the country and organize a coup d’état.

Shota Apkhaidze: “The fact that Zelenskyy recalled the ambassador from Tbilisi is just an excuse. The main task is to open a second front. Following Zelenskyy, Lithuania, Latvia, Estonia, and Poland will recall their ambassadors. Then they will declare that a “pro-Putin regime” rules Georgia, which must be overthrown, starting the process of destabilization. A coup is being prepared, after which America will support, as always, “democracy”.”

“Myth Detector” has fact-checked a number of false and manipulative content disseminated by Apkhaidze both on traditional and social media. Namely: