Who is Depicted in the Photo Ascribed to Prime Minister of Luxembourg? 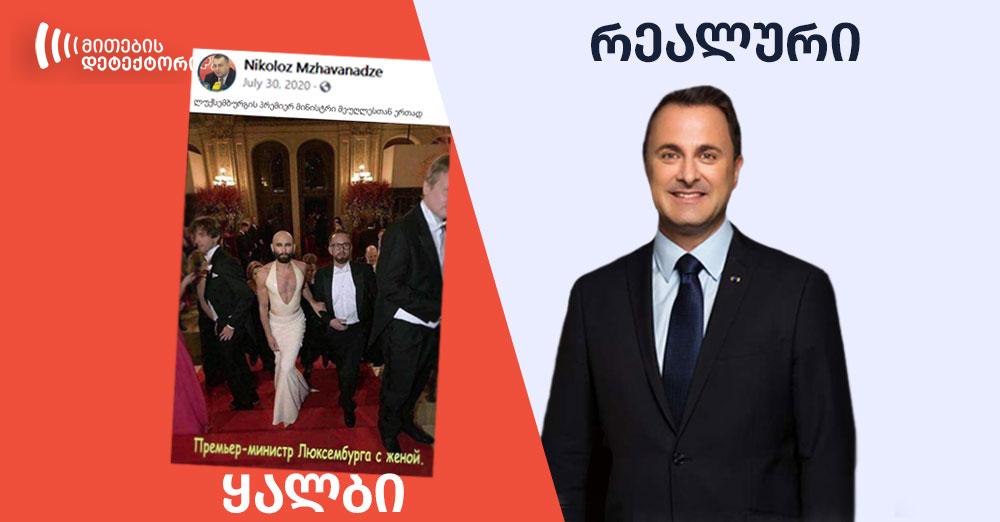 On July 30, Nikoloz Mzhavanadze, head of the Union of Human Rights Defenders, posted a photo on his Facebook page, claiming that it depicts the Prime Minister of Luxembourg and his spouse. As of March 9, 2021, the photo has 698 reactions and over 3,000 shares. 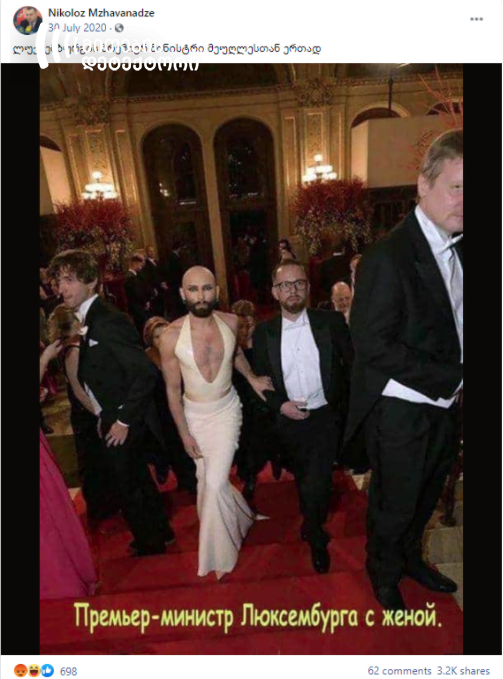 In fact, the photo depicts Austrian singer Conchita Wurst and her business manager at the 2019 Vienna Opera Ball. The photo was taken by Jeff Mangione of Kurier magazine; just this magazine was the first to publish the photo on February 28, 2019. 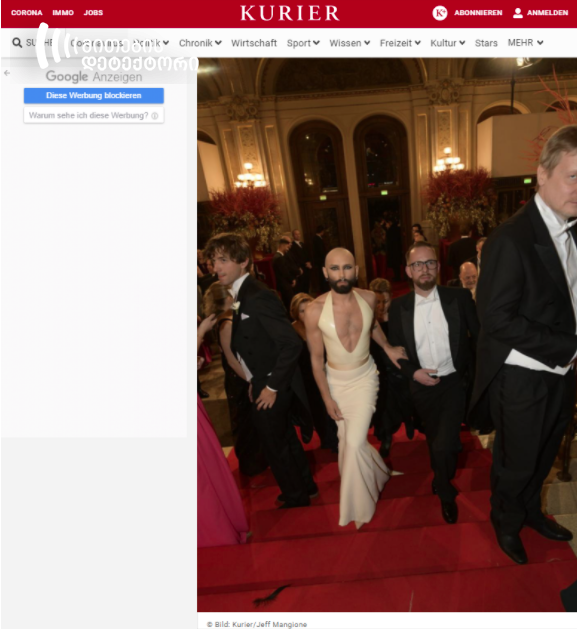 Later the same day, the Austrian singer uploaded the photo on her Instagram page. 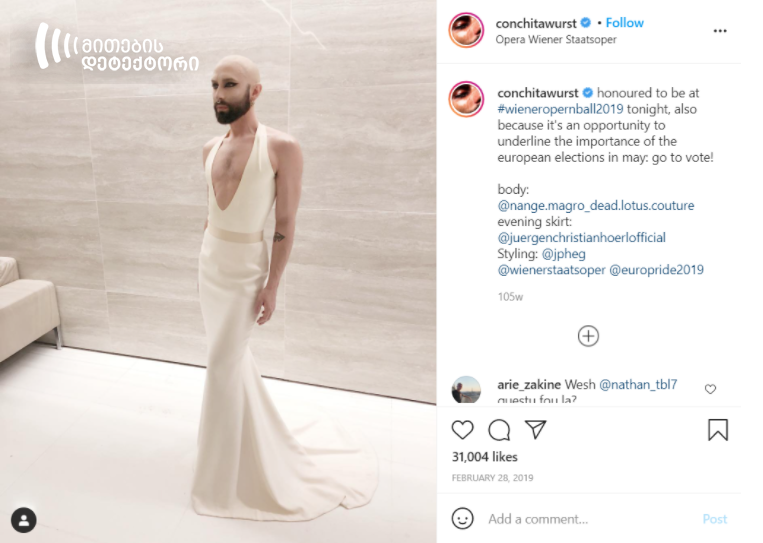 The second person depicted in the photo is Andre Karsai, the executive director of Conchita Wurst company (TNRB unstoppable GmbH). On February 28, 2019, Karsai posted another photo with Conchita on his Instagram page. 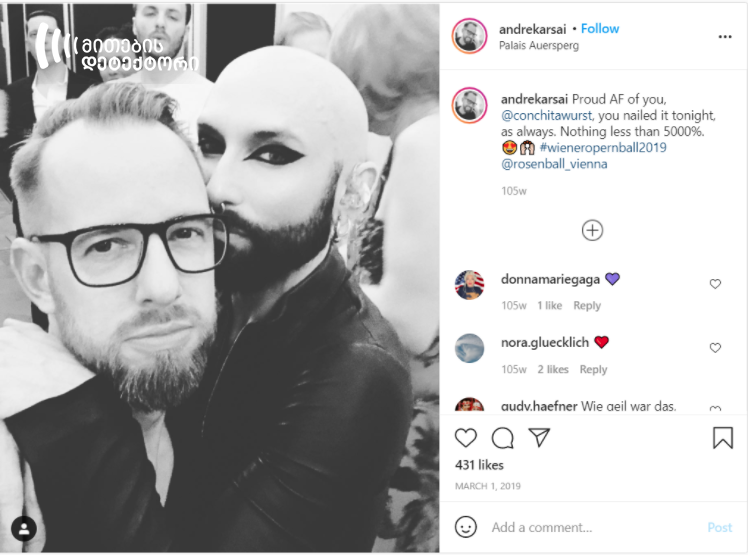 At different times, the photo spread on social media was verified by French, Spanish and Indian fact-checkers.

Who is Prime Minister of Luxembourg?

Xavier Bettel serves as the Prime Minister of Luxembourg since 2013. In 2015, he married a same-sex partner, Gauthier Destenay, a Belgian architect. 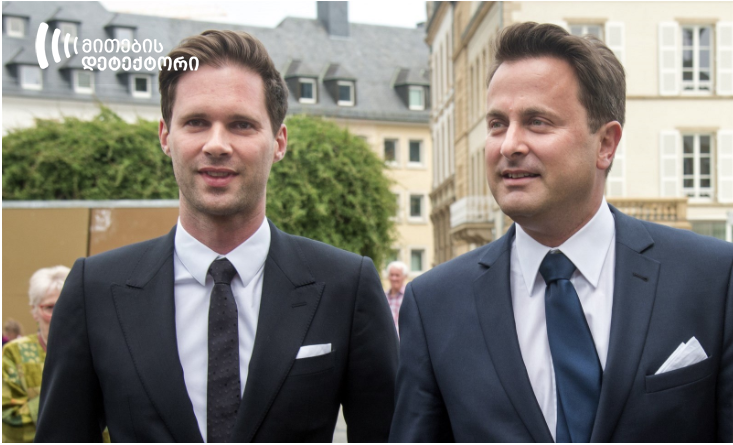 Spread of the post on Georgian and Russian websites 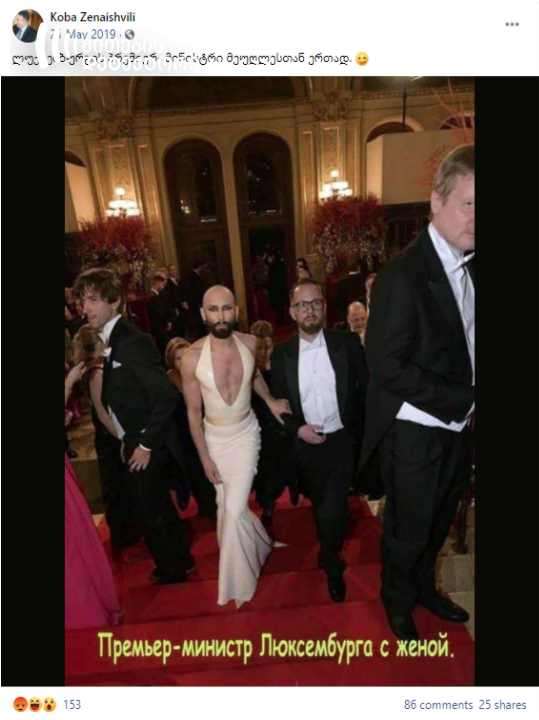 Earlier, the same photo was published on Russian website spletnik.ru and forums glav.su, web-dialog.com. The Austrian singer’s photo with a manipulative caption was also spread by users of Vkontakte.ru. 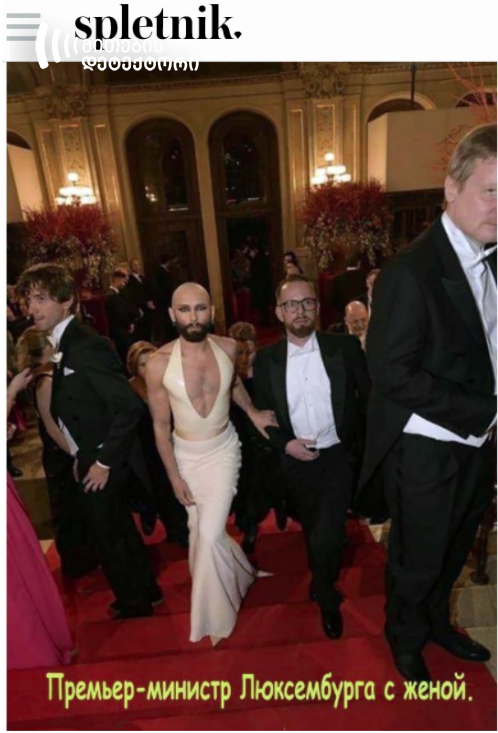 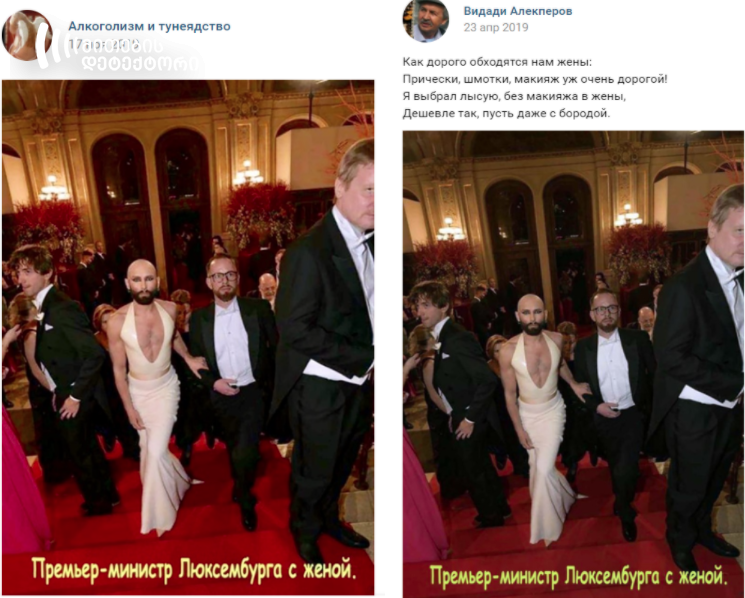