Who Invented RNA Technology and Did She State that Vaccines Are Harmful? 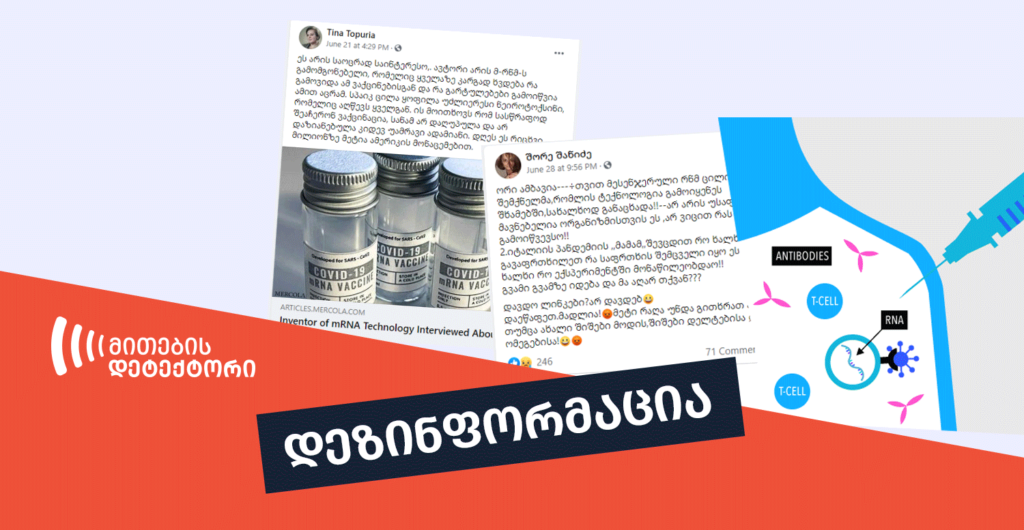 On June 21, homeopath Tina Topuria published a post on Facebook alleging that according to “mRNA inventor”, vaccines contain spike protein that penetrates everything and harms the body. 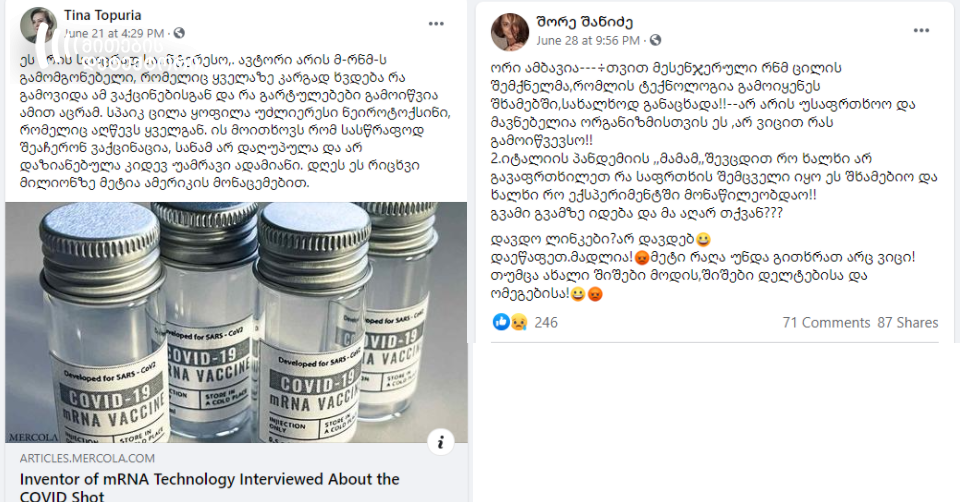 Posts name Robert Malone as the “mRNA inventor”, he indeed has worked alongside other scientists on the development of this technology, however in reality, it was Hungarian scientist Katalin Kariko’s work that laid the groundwork for COVID-19 RNA vaccine technology. Claim alleging that RNA vaccine-produced spike protein is toxic is also disinformation. The spike protein level in the blood is very low, it cannot move freely in the body and there’s no evidence of it damaging blood vessels or other human organs.

Who is “mRNA inventor”?

A person who is referred to as “mRNA inventor” in the posts is Robert Malone, who has written on his Twitter account that he is the inventor of mRNA vaccines. 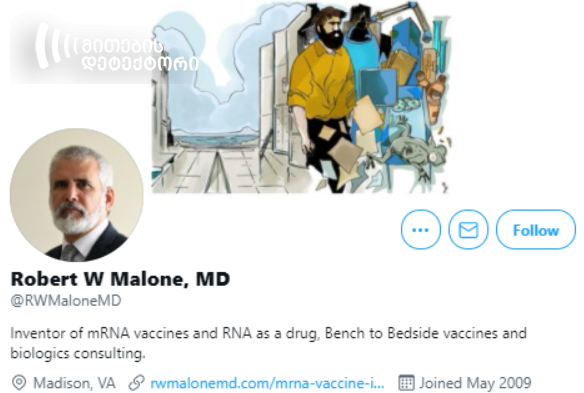 According to Google Scholar data, Robert Malone was indeed one of the pioneers working on this technology. He’s among numerous researchers who tried to use RNA in the 1990s for delivering a “message” to the immune system. Even though Malone contributed to the development of RNA technology, he isn’t an inventor of the mechanism used in the production of the COVID-19 vaccine.  The only sources that refer to him as mentioned are his webpage and social media accounts.

The Institut Pasteur’s article on RNA technology reads that researchers Jacques Monod and François Jacob demonstrated the concept of the aforesaid mechanism in the article published back in 1961, which earned them the Nobel Prize. It was Hungarian scientist Katalin Kariko who first decided to use this technology for therapeutic purposes. Together with Drew Weissman, she first studied the immune reactions associated with mRNA transcription. It was precisely the long-term work of 65 years old Katalin Kariko that laid the groundwork for today’s COVID-19 RNA vaccines, Pfizer and Moderna. 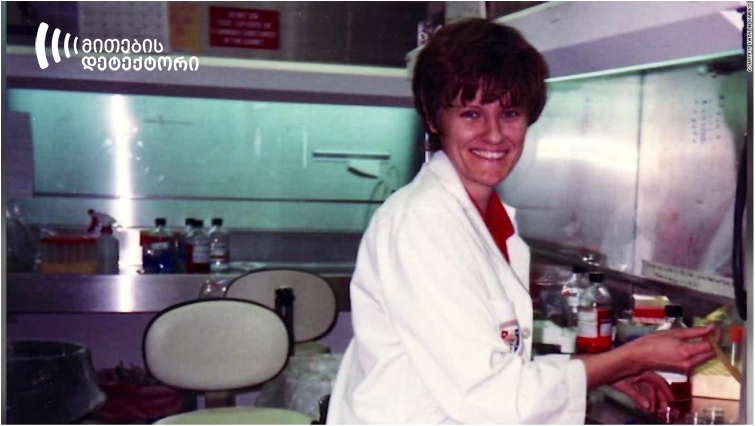 How does spike protein work?

Spike protein produced after the vaccination remains at the site of injection, i.e, arm muscle, and doesn’t move freely through the bloodstream in the body. It’s precisely from arm muscle that mRNA delivers instructions to muscle cells to produce spike proteins. 1% of a vaccine that enters the bloodstream is broken down by liver ferments.

However, its behavior post-vaccination differs and doesn’t have the same effect as it’d have amid the virus. The protein level in the blood is very small and there’s no evidence to suggest that it damages blood vessels or other human organs.

See Myth Detector’s article on the topic:
Is Spike Protein Toxic and What did Studies Show in Breast Milk after Vaccination?