Who Hunts Bats and Who Hunts Lugar Lab? 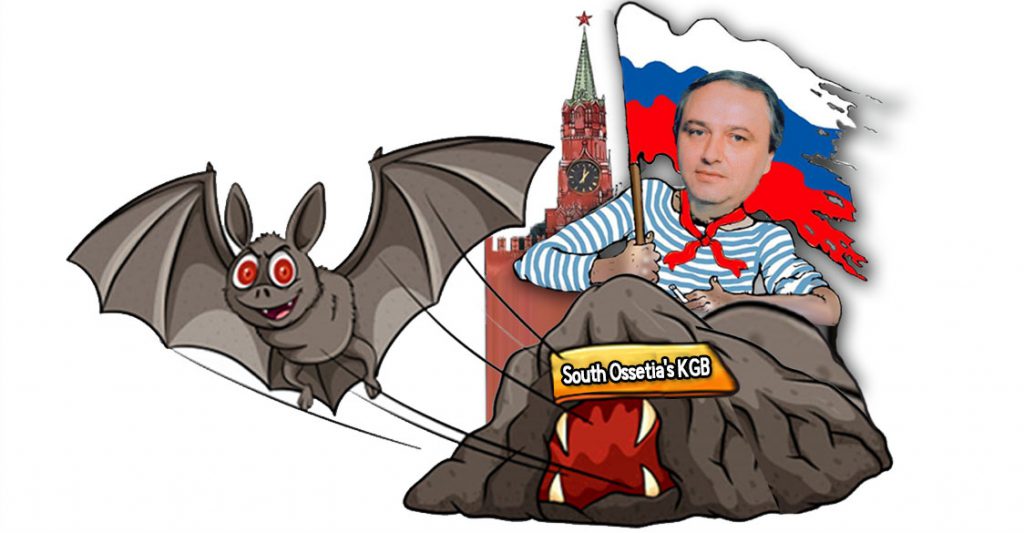 On July 16, a Russian-language Sputnik-Ossetia spread a statement by KGB of Russian-occupied Tskhinvali Region about arresting Georgian citizen Khvicha Mgebrishvili on July 3 on charges of “illegal crossing of the border.” According to the statement, the Georgian man infiltrated into the region to collect the bats included on the Red List and sell them to the Tbilisi-based Lugar Lab at USD 5,000. Tskhinvali KGB claimed that the Lugar Lab has been paying special attention to bats since 2012, collecting them near the so called South Ossetian border. The statement also notes that since 2018, the Lugar Lab, in partnership with the Georgian Defense Ministry, has been implementing a USD 2.9 million project on bats and coronavirus.

The South Ossetian government’s accusations about bats represent absurd disinformation, whereas the statements against the Lugar Lab are part of Kremlin’s earlier conspiracy theories aiming to sow biosafety fears and prompting Russia to make statements about inadmissibility of testing biological weapons near its borders.

Shortly after the bats were cited as an absurd reason behind the Georgian citizen’s decision “to cross the border,” the so called South Ossetian government started to circulate earlier disinformation against the Lugar Lab. Tskhinvali KGB and “foreign ministry” reiterated the following propaganda messages:

Amiran Gamkrelidze, the Head of the National Center for Disease Control and Public Health of Georgia, which runs the Lugar Research Center, slammed the information released by Tskhinvali KGB as “a lie.” He noted that a research group of the Center is really studying bats, because they may be carriers of various diseases. Paata Imnadze, Gamkrelidze’s deputy, who is in charge of running the U.S.-funded lab, said that the laboratory is itself involved in sample collection and return works.

“Bat hunting” is not the first attempt to link the coronavirus to the Lugar Lab. On June 2, 2020, Dilyana Gaytandzhieva, Kremlin and Hezbollah-affiliated Bulgarian journalist, who is one of the sources of Kremlin’s disinformation against the Lugar Lab, published an article on her blog, promoting a conspiracy theory about the Lugar Research Center and the spread of coronavirus. Dilyana Gaytandzhieva claimed that the NCDC and the Lugar Lab were engaged in researching bat coronaviruses in 2014, linking it to the creation of bioweapons by the United States. To promote this conspiracy theory, Gaytandzhieva referred to the illegally obtained, leaked information.

Noteworthy that the research of zoonotic pathogens (transmitted from animals to humans) in bats had really been underway; moreover, its results have been published in a dissertation paper by Lela Urushadze, senior specialist and virologist at the Georgian National Center for Disease Control. Urushadze’s paper is publicly available in the online catalogue of Ilia State University. Lela Urushadze says that bats are reservoirs of a lot of diseases (rabies virus, Ebola, coronavirus). Just therefore, their samples were collected.

The governments of occupied Abkhazia and Tskhinvali Region frequently spread propaganda messages against the Lugar Lab:

On June 9, 2020, Tskhinvali KGB released a statement, according to which the Lugar Lab is fulfilling directives from the U.S. Army medical research units and is working on the development of biological weapon aimed to precisely hit the South Ossetian population. In May, Tskhinvali KGB accused the Lugar Lab of collecting biological samples near the boundary line, saying that the EU Monitoring Mission also assisted it.

Noteworthy that the South Ossetian “foreign minister” refers to Georgia’s ex-security chief, Igor Giorgadze when talking about the Richard Lugar Center for Public Health Research, who claimed at a news conference held in Moscow in 2018 that the lab conducts experiments on people, adding that Sovaldi medication used for the treatment of Hepatitis C was the reason for the death of patients at the Lugar Lab. Later Giorgadze admitted in the interview with BBC that he had no evidence to prove that experiments were conducted on people at the Lugar Lab. It is worth noting that Sovaldi was registered in Russia in 2016 and it has been included in the list of vital medications. Later, Russian President Vladimir Putin also echoed Giorgadze’s accusations against the Lugar Lab.

Dmitry Medoyev says, he trusts Giorgadze, noting that it is impossible to accuse Giorgadze of being corrupt or incompetent. Igor Giorgadze is Georgia’s ex-security chief who fled the country after being charged with terrorist attack against President Eduard Shevardnadze.

See more details about the disinformation spread by Igor Giorgadze in the following articles published by the Myth Detector: