Who Disseminates the Altered Picture of Queen Elizabeth II? 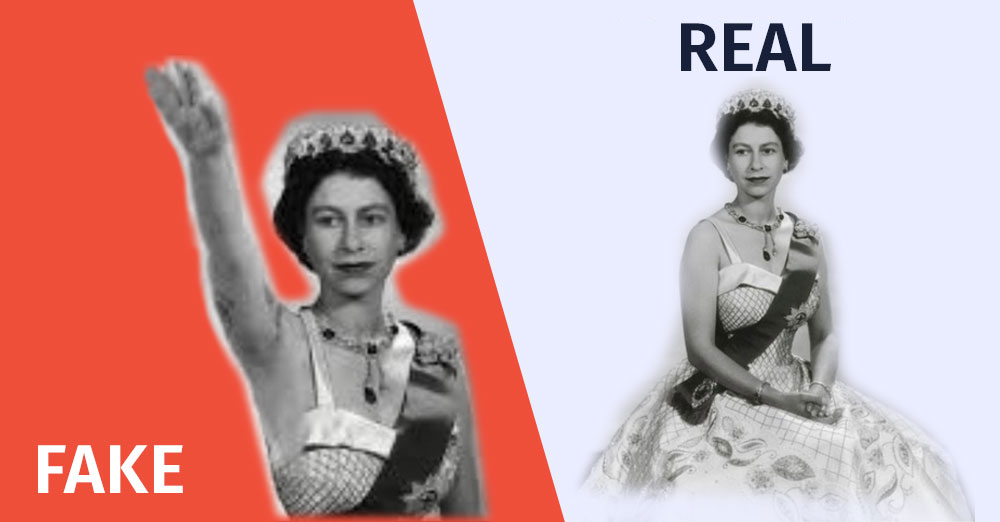 On February 6th, the Facebook user “Aprakune Chimchimeli” published a post regarding the alleged British support for Nazi Germany. The post included 3 photos: the first showed British athletes making a Nazi salute, the second photo showed the British royal family repeating the same gesture, and the third photo showed Queen Elizabeth II during so. The photos are accompanied by the following comment: “Britain compared the 1938 Olympics to today, and did they forget about how they greeted and sponsored Adolf [Hitler]?”

The post corresponds to the decision of the United Kingdom, one of the countries that have boycotted the current Winter Olympics in China, refusing to send any officials, ministers or diplomats to the event. Britain, the United States, Canada, Australia and New Zealand have blamed China for human rights abuses. At the 1936 Summer Olympics, Great Britain was called upon to boycott the Berlin Olympics, but back then, the anti-Berlin Olympics movement was defeated. 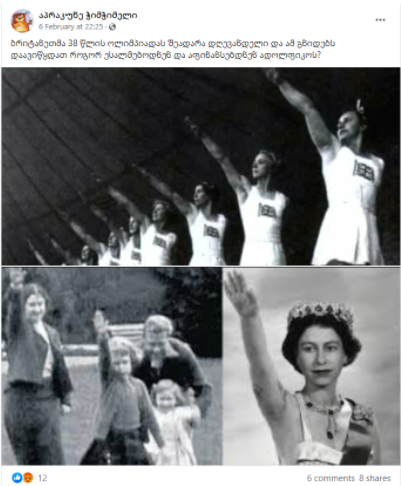 The photo of Elizabeth II used in the post by “Aprakune Chimchimeli” is processed by a software. The photo of the British athletes is misrepresented since their gesture is not a Nazi sign but an Olympic salute. As for the royal family photo, it is indeed authentic and is an excerpt from a video taken in 1933-34.

The third photo used in the post is processed using a software tool. In fact, the photo was taken in April 1957, 12 years after the fall of Nazi Germany, to commemorate the visit of Queen Elizabeth II to Paris. In the full version of the photo, the Queen’s hand is not raised. 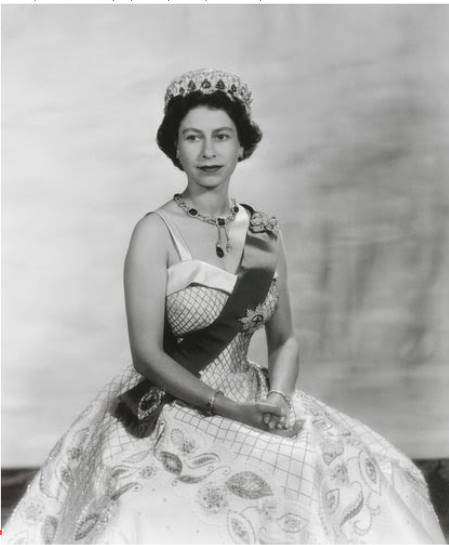 Notably, Elizabeth II was born in 1926 and was only 10 years old at the 1936 Summer Olympics. However, in the photo published by Aprakune Chimchimeli, the Queen is not a child but a young woman.

As for the photo of British athletes, it can be found in the Russian book “Nordic Olympians. Sports in the Third Reich.” The description of the photo says that at the 1936 Berlin Olympics, British athletes used the Olympics salute, not the Nazi one. 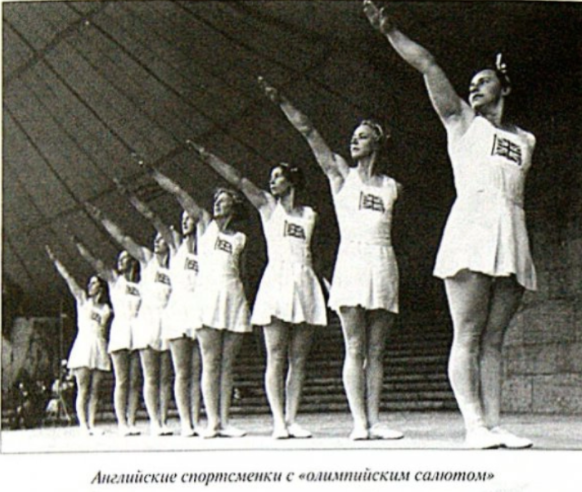 It should be noted that the Nazi salute is very similar to the previously known “Olympic salute”. After the 1936 Summer Olympics in Berlin, the Olympic greeting gradually disappeared because of this very similarity. Until then, the Olympic salute was actively used on Olympics posters, postage stamps and other attributes. Both salutes are believed to have originated from ancient Roman salutations. 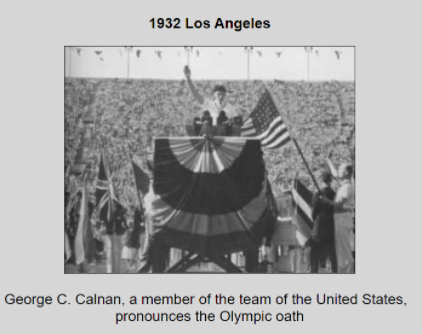 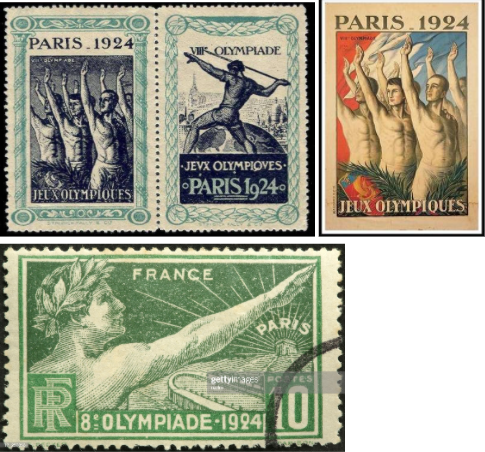 Postmarks and Posters of the Parisian Olympics. 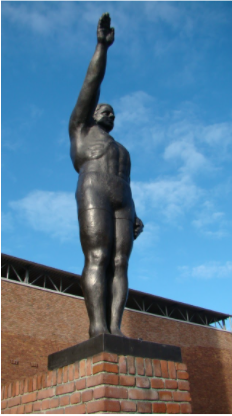 As for the photo of the royal family, the shot represents an excerpt from a 17-second-long archival video. The video was published in 2015 by the British edition The Sun. 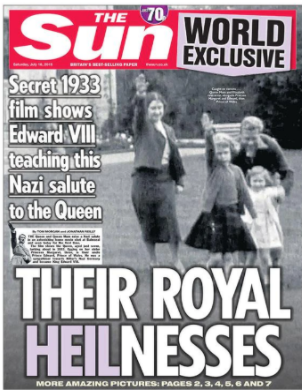 The video shows little Elizabeth II, her sister Margaret, Queen Mother and Prince Edward VIII. While playing in the yard, the Queen Mother looks at the camera and raises her hand in a way to resemble the Nazi greeting, little Elizabeth mimics the gesture, and in a few seconds, this hand movement is repeated by Edward VIII as well. The children soon continue to play. According to the BBC, the video was shot in 1933 or 1934, during Hitler’s rise to power in Germany.

Following the release of the video, Buckingham Palace criticized the publication for making the recording public, with the palace explaining that the video had been released without permission from the monarch’s personal archives. The palace also clarified that at the time of the recording of the video, the upcoming developments in the world were difficult to imagine.

Buckingham Palace: “Most people will see these pictures in their proper context and time. This is a family playing and momentarily referencing a gesture many would have seen from contemporary newsreels. No one at that time had any sense how it would evolve. To imply anything else is misleading and dishonest. The Queen is around six years of age at the time and entirely innocent of attaching any meaning to these gestures.” 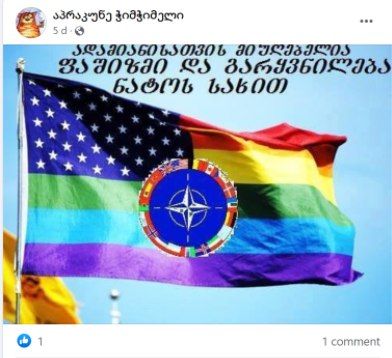 The account shares the posts of “Political Satire,” a Facebook page administered by Irakli Jankarashvili, a supporter of the Alliance of Patriots of Georgia and the administrator of News Front Georgia’s Facebook page, Konstantine Chikviladze. 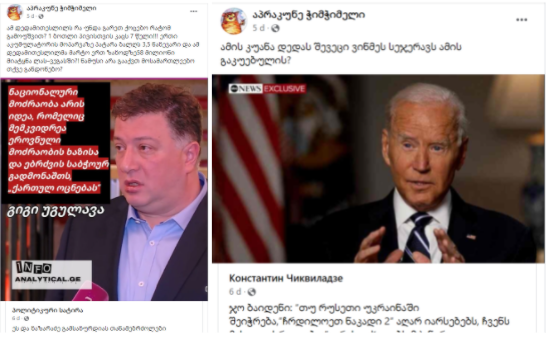 Chimchimeli also demands to ban the work of the Open Society Foundation in Georgia. 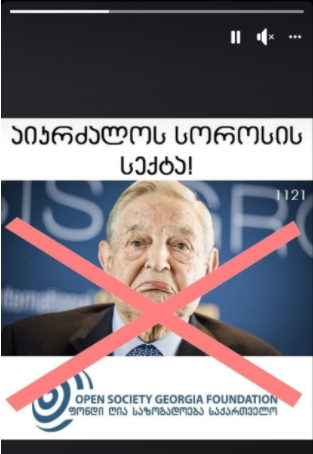