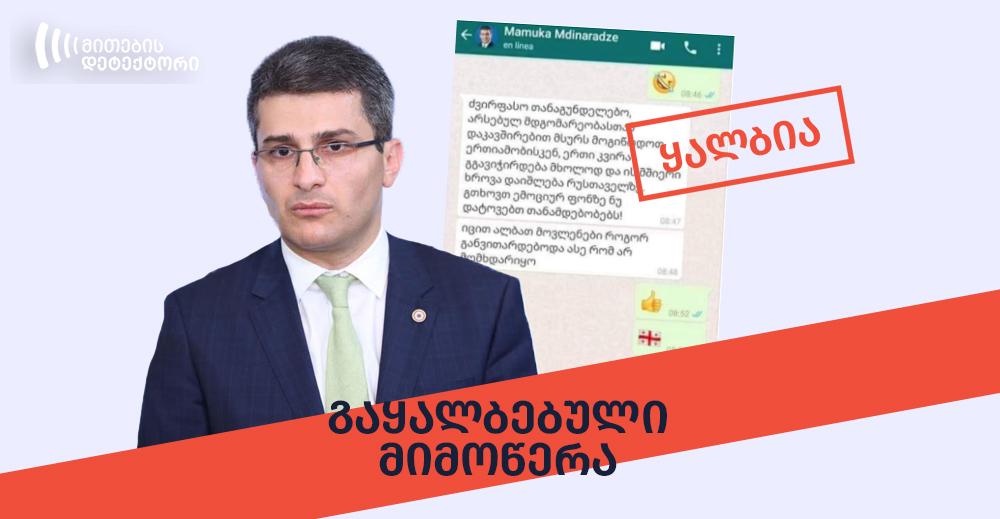 On February 23,  Facebook profiles Zuriko Gogoxia and Lia Barnovi shared the WhatsApp visual-like message screenshot, where a user having the name and photo of the chairman of the “Georgian Dream”, Mamuka Mdinaradze writes to his group members to not leave their positions in the heat of the moment, because in one week “the hungry pack will disband on Rustaveli“.

The screenshot leaves the impression, that it is connected to the arrest of the leader of “United National Movement” Nika Melia on February 23 and events that followed later. 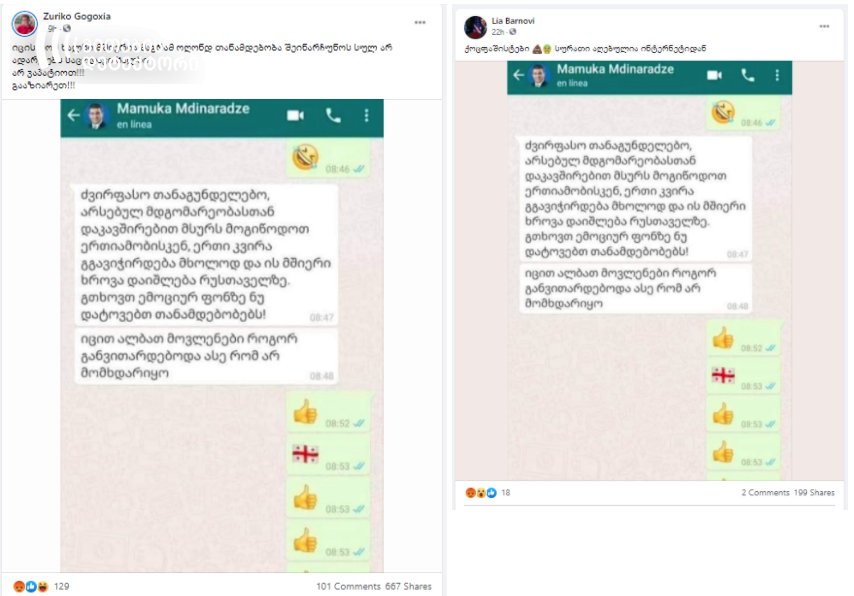 The WhatsApp screenshot shared on social network is fake. Applications are available, with which anyone can create false WhatsApp message screenshots. Mamuka Mdinaradze himself  denied the authenticity of the messages on his official Facebook page and said, that an identical screenshot was disseminated in November 2019 as well.

The fabricated WhatsApps message screenshot leaves the impression, that it is connected to the arrest of Nika Melia in the morning of February 23 and events that followed later, including the protests. The screenshot shows, that Mdinaradze is addressing his team members, but this is not a group chat, but a chat of 2 people on WhatsApp. 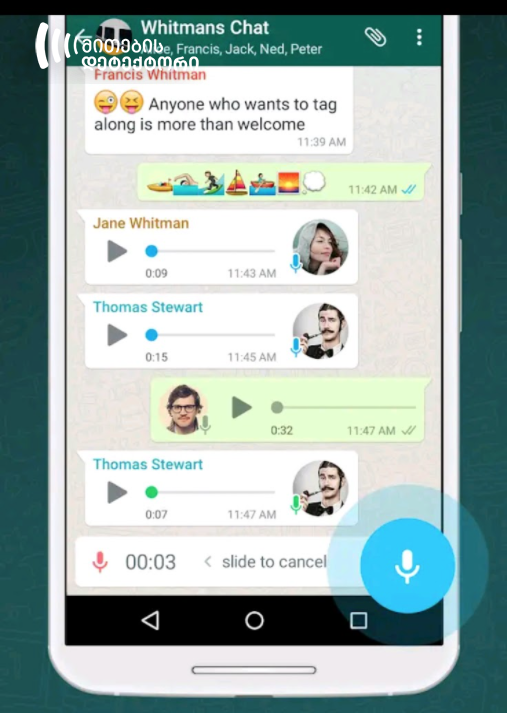 Moreover, applications are available to Android and IOS users, where anyone can create fake WhatsApp messages. The applications duplicate WhatsApps’ design, so differentiating real chats from fake ones gets harder. The application user can write their and their addressee’s messages, choose their name, photo and activity status as well as time for sent and received messages. 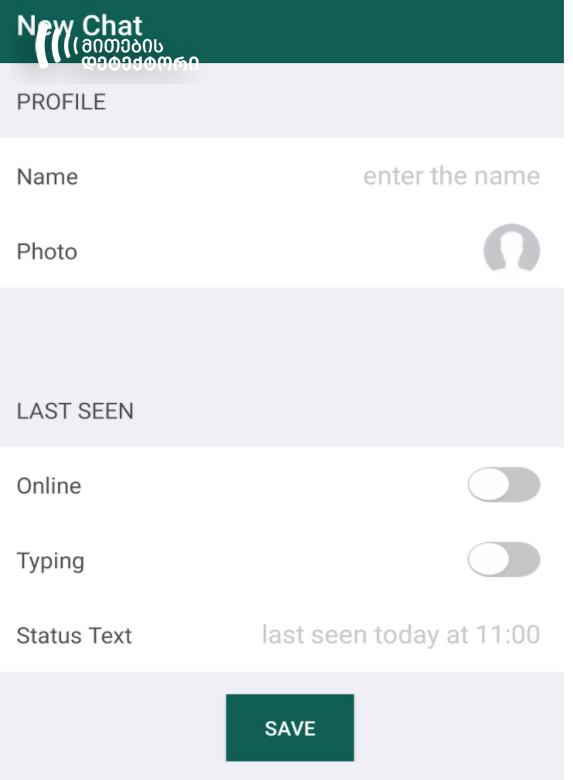 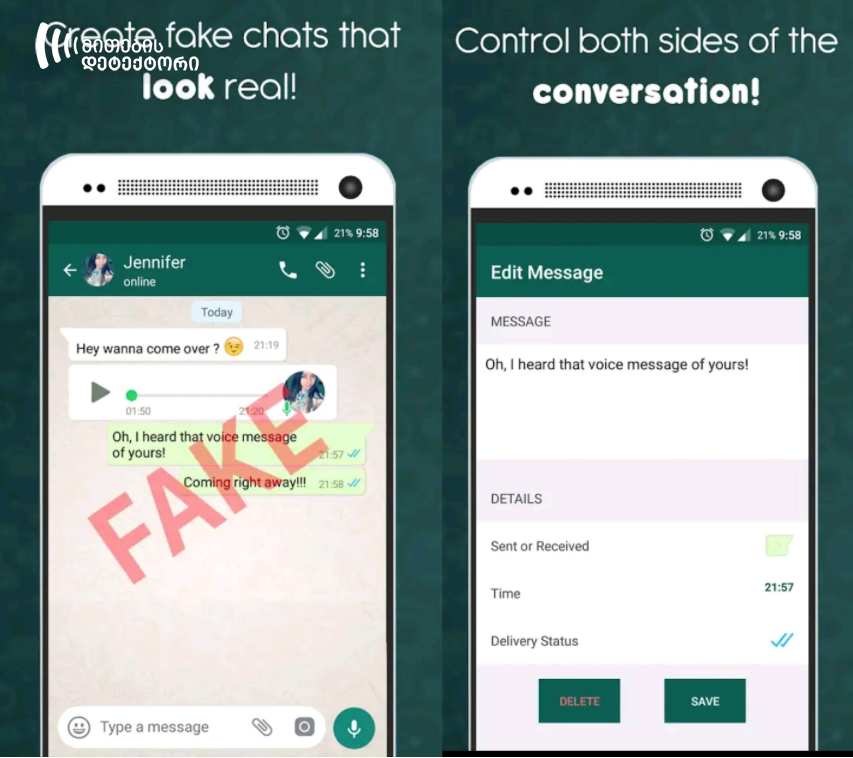 Mamuka Mdinaradze himself denied the legitimacy of the shared screenshots on February 23 and wrote on his official Facebook page that the messages are fake and were shared on November 15, 2019 as well. 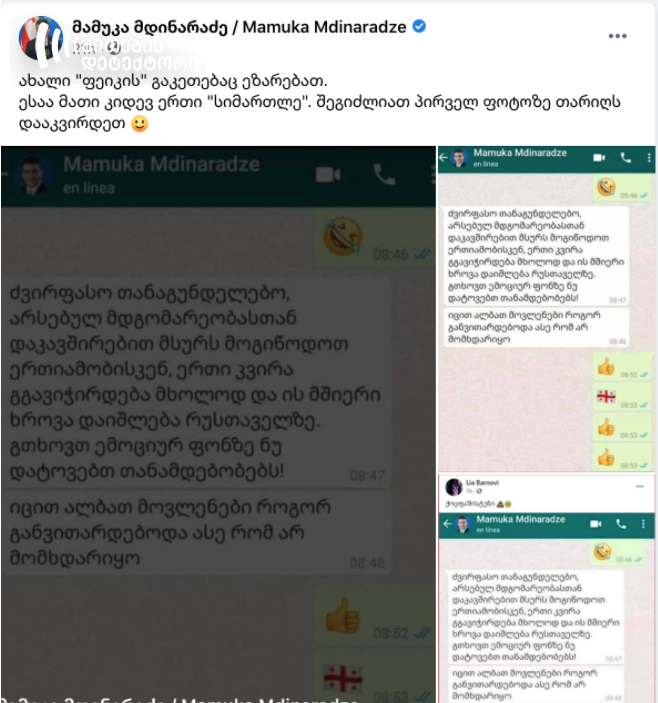