Who Disseminated the Disinformation as if Mamuka Khazaradze Sold “Borjomi” to a Russian Company? 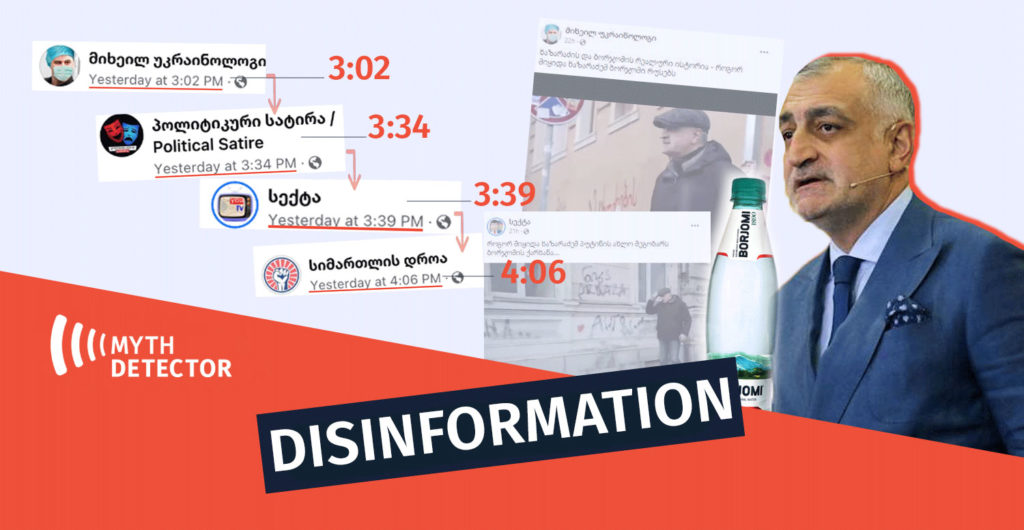 After the imposition of sanctions over the mineral water company “Borjomi” over its holder – the Russian “Alpha Group” and its founder, Mikhail Fridman, opposition discrediting and anti-liberal Facebook accounts have started disseminating the information that the company was sold to Russians by Mamuka Khazaradze, the leader of the opposition party “Lelo.”

The information was disseminated by the following pro-governmental and anti-opposition Facebook pages:

Posts against Khazaradze were also published by the following anti-liberal/anti-vaxx Facebook pages:

Lado Sadghobelashvili also talked about the sale of “Borjomi” to the Russian company by Mamuka Khazaradze in 2020 as well. 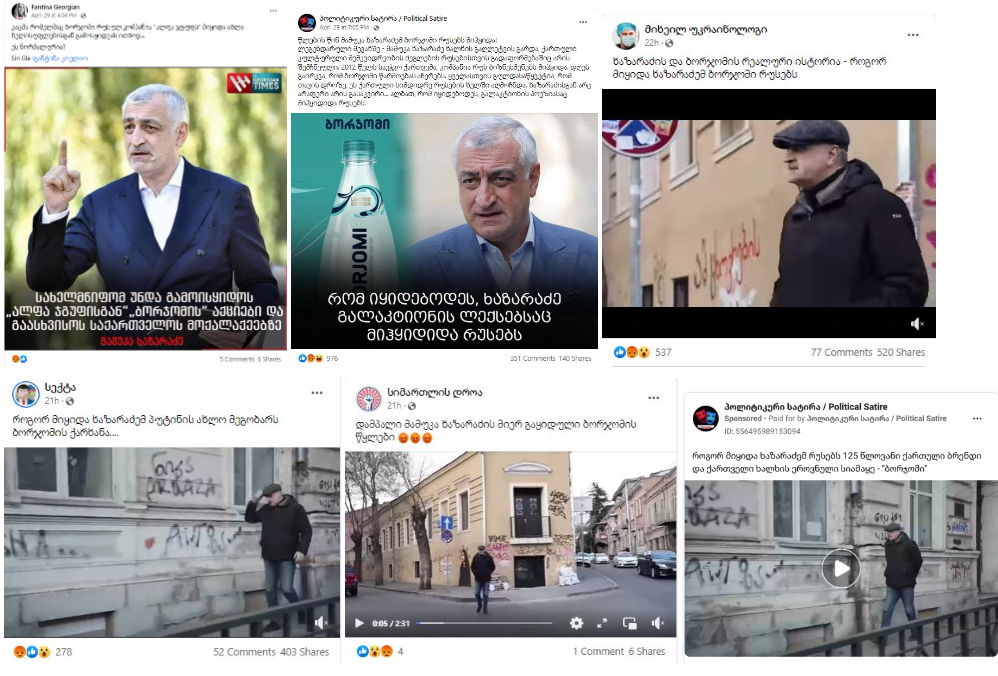 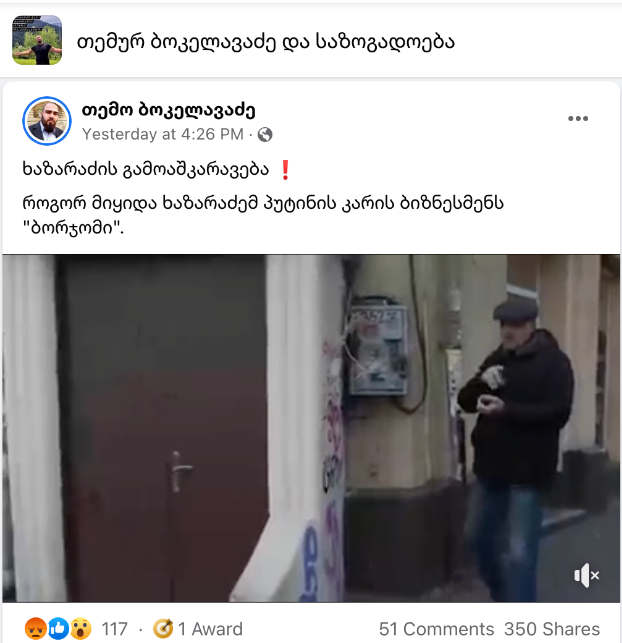 Before the dissemination of the information on social media, on April 29th, the members of the Georgian Dream, Gia Volski and Giorgi Kadagishvili proclaimed that Khazaradze sold “Borjomi” to Fridman.

On April 29, IDS Borjomi issued a statement saying that the company was temporarily suspending production due to sanctions. Sanctions over Russia’s intervention in Ukraine have affected Borjomi over its Russian controlling stake in the Alpha Group and its founder, Mikhail Fridman, who has been listed as a sanctioned oligarch.

On April 30th, Mamuka Khazaradze and Badri Japaridze, leaders of the Lelo party, made a joint statement on the allegations. According to the statement, the company was modernized and revived just when it was headed by Khazaradze and Japaridze. The statement stressed that in 2002 the company was bought out of the initial investors by the investment fund Salford, one of the founders of which was Badri Patarkatsishvili. According to the statement, it was Salford who sold the controlling stake of Borjomi to Alpha Capital in 2013.

On December 24th, 2012, Russian media “Kommersant” reported, citing its own source, that a controlling stake of the mineral water company “IDS Borjomi” had been bought by the Russian “Alpha Group”, although information about the agreement was not confirmed by Alpha Group and the Salford Foundation. 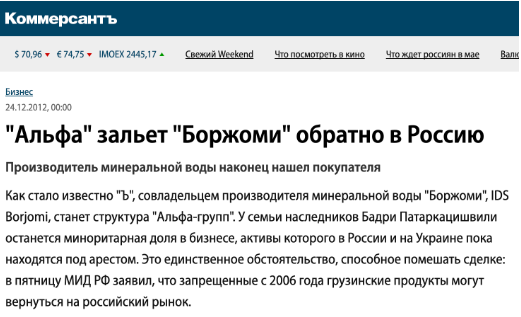 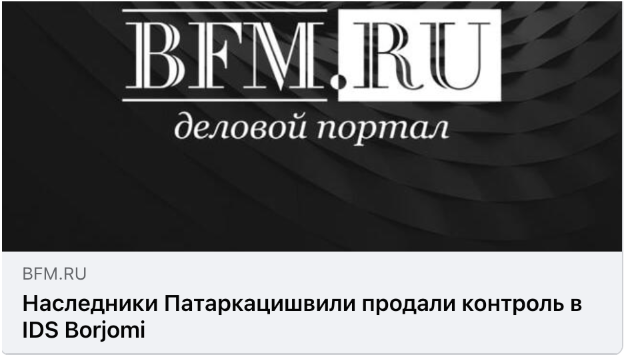 Notably, Mamuka Khazaradze, who founded IDS Borjomi Georgia in 1995, served as its president until 2004, and Badri Japaridze, who is the co-founder of the Georgian Glass and Mineral Water Company (later renamed IDS Borjomi) served as its vice-president from 1995-2003, and was a member of the Board of Directors from 2004-2010.

IDS Borjomi International was founded by Salford Capital Partners, a company owned by Badri Patarkatsishvili, Boris Abramovich and Boris Berezovsky. According to a report by the Institute for Development of Freedom of Information (IDFI), a lawsuit was filed between Patarkatsishvili’s heirs and Berezovsky over the company’s assets in 2008-2012. The dispute ended in an agreement and Berezovsky’s assets were transferred to Patarkatsishvili’s family, who sold the company’s controlling stake in 2013 to the Alpha Group owned by Mikhail Fridman for USD 300 million.

“Dzala Simartleshia,” “Mikheil Ukrainologi” and “Political Satire” are pro-governmental Facebook pages that often discredit the opposition, have been campaigning against Mamuka Khazaradze in the past as well. The Facebook page “Sect” is also a pro-governmental, aimed to discredit the opposition. For more on these pages, see the “Myth Detector” material: