Who did Ivanishvili refer to as “dimwits”? 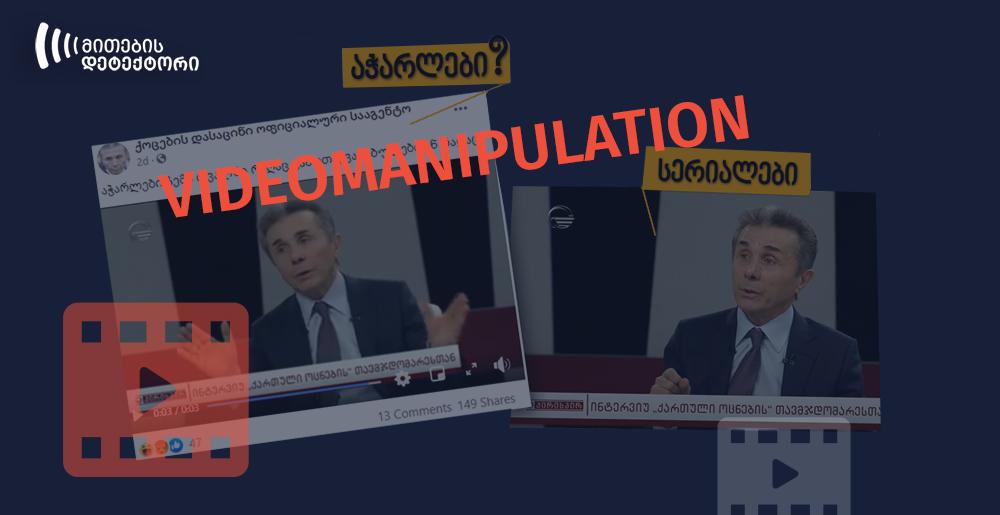 On October 21, 2020 video disseminated on the Facebook page “ქოცების დასაცინი ოფიციალური სააგენტო’’ (Official Agency for Ridiculing Georgian Dream), where Bidzina Ivanishvili states “In my eyes, people from Adjara dimwit or something”. Video lasts 3 seconds and has no other context giving off the impression that Bidzina Ivanishvili called people from Adjara dimwits. As of 14:00, October 23, video has over 12 400 views and 149 shares. 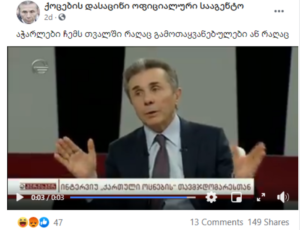 Post published by the page “Official Agency for Ridiculing Georgian Dream” is a video montage. In reality, Bidzina Ivanishvili didn’t’ refer to people from Adjara but TV shows as dimwits.

Footage used in the video is from the political talk show “Pirispir”, where Bidzina Ivanishvili spoke about current political events in an interview with Irakli Chikhladze. The mentioned political talk show was published on  TV “Imedi” youtube channel on April 9, 2019.

As the interview revealed, Bidzina Ivanishvili didn’t call the people from Adjara “dimwits”, but referred to the type of society that can develop from watching “low quality” TV shows and programs. In 1:28:40 – 1:28:53 time frame, he mentions that programs and TV shows on Television are alarming.

“The main point is to not lead a society in the wrong direction. If what is happening now will continue in the long run, don’t want to offend anybody but we might get another society that is dimwit or something”

As for Adjara and people from Adjara, Bidzina didn’t make a statement about them in the mentioned interview.

Dissemination of the video

Data from Crowdtangle show that “Official Agency for Ridiculing Georgian Dream” has shared the video in 17 Facebook groups.

It’s noteworthy that various sources have disseminated the same video much earlier. For example,  on May 16, 2020, Facebook page “სვავი” (Vulture) published the video before Khulo Mayoral Election and mentioned that it was unacceptable for Khulo to elect the candidate from a team of this type of person, which clearly was a part of pre-election counter-campaign. On January 4 and October 19, the identical video was disseminated by Facebook pages „საქართველოსთვის“ (For Georgia) and „News Blog” 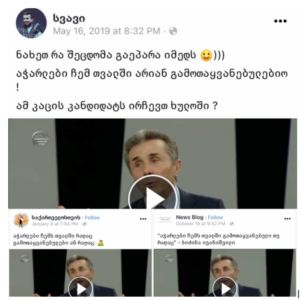 Page “Official Agency for Ridiculing Georgian Dream” was created on May 17, 2020, but a page with the same name existed even before. 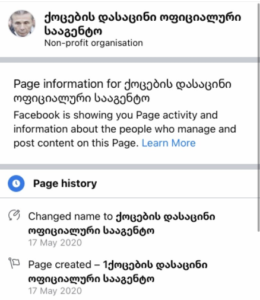