Who Claims that Ukraine Opened Fire on Separatist-Controlled Villages? 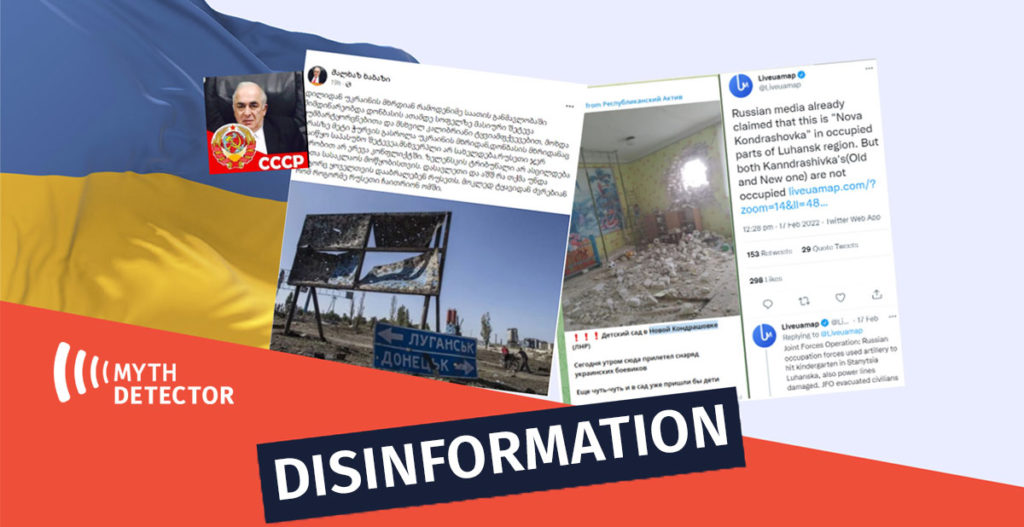 On February 17th, 2022, Facebook user Malkhaz Khabazi published a post claiming that the Ukrainian military had opened fire on up to ten separatist-controlled villages in Donbas on the morning of February 17th with grenade launchers and large-calibre machine guns. Khabazi claimed that Ukraine fired more than 200 shells at separatists, while the number of victims is still unknown. The post also alleges that Volodymyr Zelenskyy “organized a massacre of brothers” in Eastern Ukraine to deceive Russia into provocation and drag it into the war. Malkhaz Khabazi’s post was shared by the anti-liberal Facebook page “Georgia First and Foremost.” 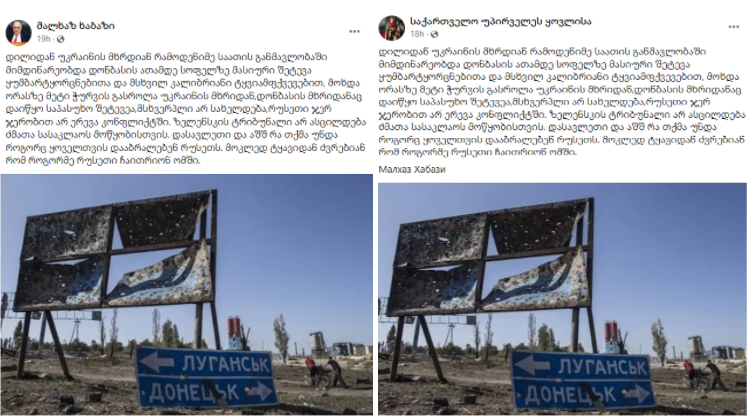 The claim that the Ukrainian side has been bombing villages in separatist-held territories is false. Similar claims have been circulated by the representatives of the self-proclaimed Luhansk People’s Republic and the Russian media after separatists stormed Ukrainian civilian settlements, including a kindergarten, on the morning of February 17th.

On the morning of February 17th, Russian-backed separatists opened fire in a coordinated manner in various locations along the front line in areas controlled by the Ukrainian government. The separatists bombed several civilian settlements, including the Eastern Ukrainian town of Stanytsia Luhanska, where several shells hit a kindergarten building. At the initiative of the Ukrainian side, representatives of the international media were allowed to enter eastern Ukraine and film the settlements bombed by the separatists. According to the President of Ukraine, the separatists are trying to organize a provocation for Ukraine.

In parallel with the Russian-backed separatist attack, representatives of the self-proclaimed Luhansk People’s Republic stated that the Ukrainian military had bombarded villages in their territory four times on the morning of February 17th, but international media could not confirm the allegations against Ukraine. The Ukrainian side denies opening fire on the separatists. The allegations of the Luhansk People’s Republic were widely covered by the Russian media. Their stories show broken glass on several buildings, which the separatist side claims to result from artillery fire from the Ukrainian army. In addition, on February 17th, Russian users on various social networks shared photos of a kindergarten building bombed by separatists in Stanitsa Lugansk, claiming that the footage was taken after the Ukrainian military opened fire on the territory of the Luhansk People’s Republic. 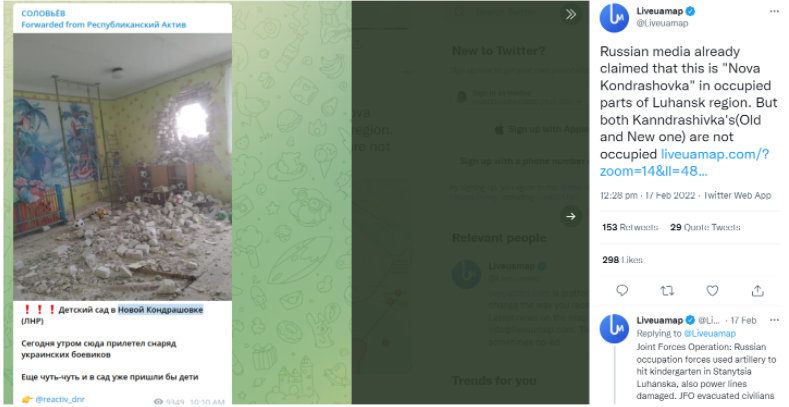 Malkhaz Khabazi, the author of the post about Ukraine provoking Russia to get involved in the war, often posts pro-Russian content on his Facebook page. On several profile photos of Khabazi, the coat of arms of the Soviet Union, the so-called “Georgievsky ribbon” and homophobic calls can also be found.