Which War did Bambi the Donkey Fight? 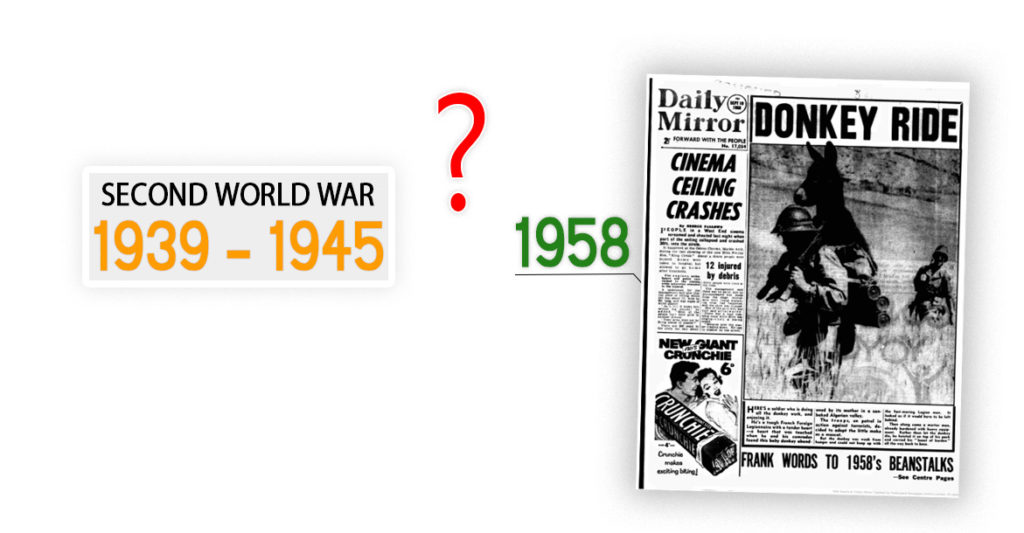 On April 4, a Facebook user Laliko Chaganava published a screenshot depicting a soldier with a donkey on his back. The post claims that the photo was taken in the Second World War and that the soldier acted this way not due to his love towards donkeys, but so that the free movement of the animal on the mined field would not cause chain explosions. As of 10:00 on December 7, the post had 2,500 shares. 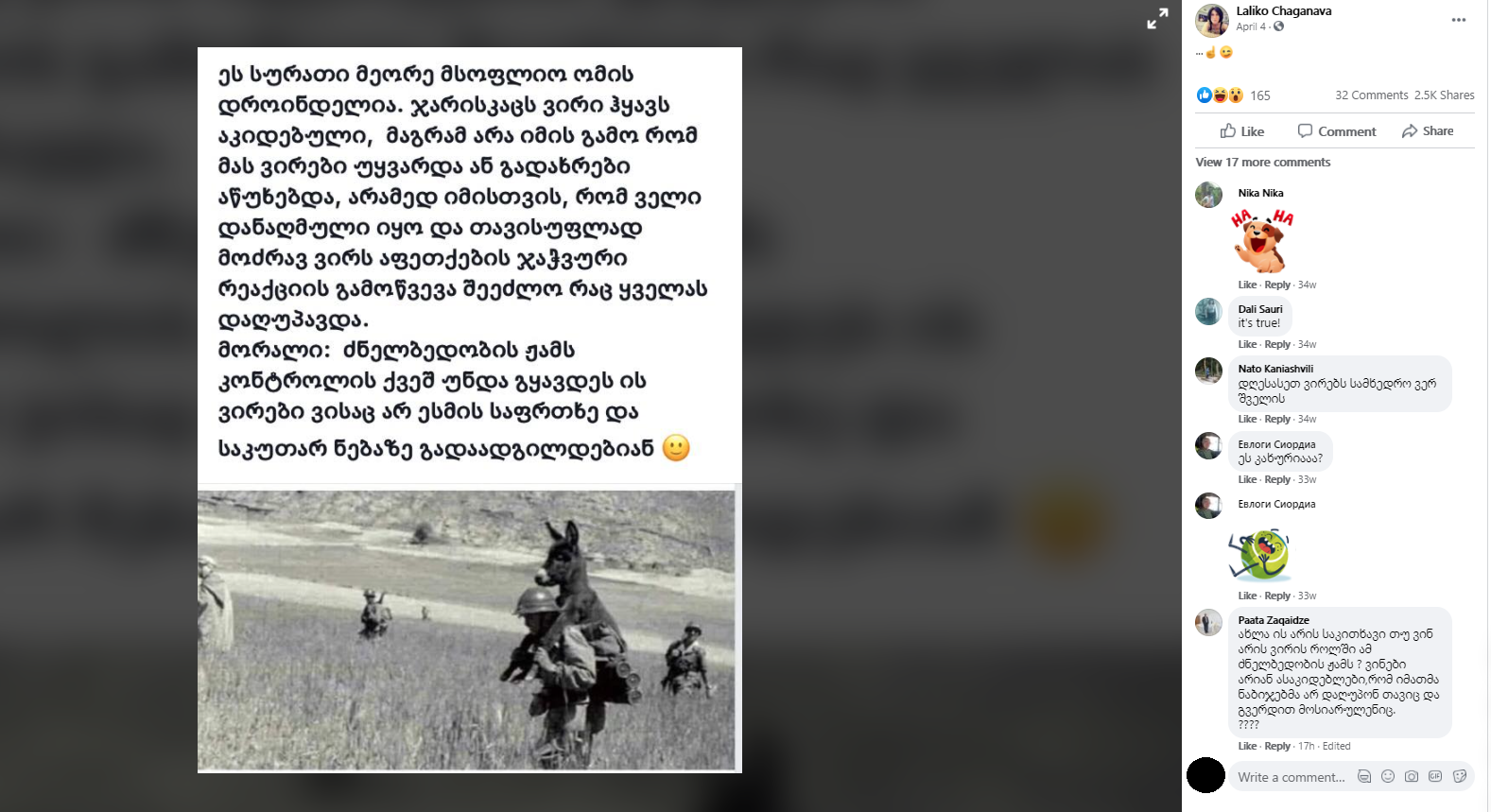 The post is disinformative, as it was actually taken in 1958 during the Algerian War, not during the Second World War. In Spring 2020, an identical post has been disseminated in other counties than Georgia as well and it has already been fact-checked by American fact-checkers.

According to an American fact-checking platform, Snopes, the photo and the caption about the soldier carrying the donkey on his back not due to his love towards donkeys, but as a pre-caution measures, were disseminated in the United States in the beginning of the pandemic, in March 2020, as a sort of a metaphorical response to the countries that did not take the pandemic seriously.

However, the photo used in the post is inaccurate. In fact, the Algerian War for independence against France took place in 1954-1962. During this confrontation, in 1958, the French 13th Demi-Brigade of the Foreign Legion found a foal (a baby donkey) near Jebel and took it to the base to save it from starving. It was at that time that the photo was taken. Later, the donkey was named Bambi and it even became the symbol of the Legion due to high resonance in the French and English press. 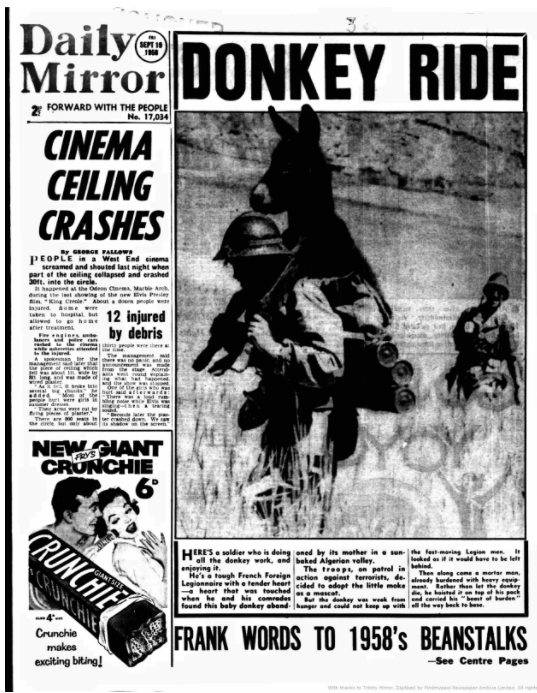 According to USA Today, in order to confirm that the photo was not taken during the Second World War, it is enough to look at the soldiers’ uniforms that are not like the ones worn during the Second World War. Stanford University military historian and World War II expert Victor Davis Hanson explained that American troops in Sicily in World War II used thousands of donkeys between June 1943 and May 1945, which may, according to Hanson, explain the confusion regarding the photo’s source.

Link to the archive