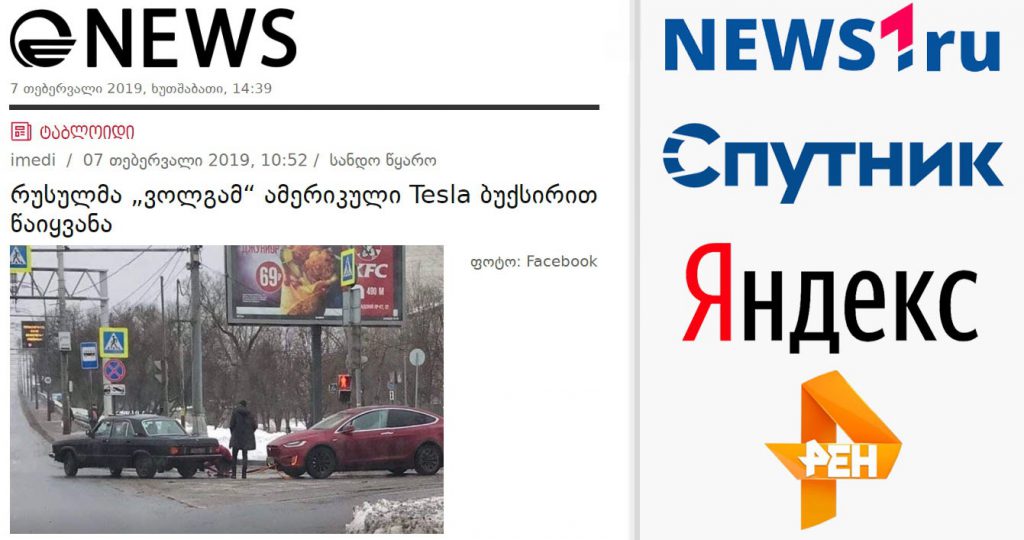 The criticism voiced by Facebook’s Georgian user was caused by the title of the news posted by Imedinews.ge that focused on the advantage of Russian Volga over American Tesla, also by the information value of the material itself. The Myth Detector tried to find out which Russian media outlets spread identical materials. It appeared that since February 6, the same topic was covered by the following media outlets:  News.sputnik.ru, Yandex.ru, Ren.tv, News1.ru.  However, Russian-language media mainly focused on the advantage of the old car over Tesla (“Старая «Волга» взяла на буксир «Теслу» ). The material released by  Ren.tv also involves a headline with a question to Elon Musk, co-founder and CEO at Tesla, about how he likes this fact (Как тебе такое, Илон Маск? — В Сети обсуждают фото с “Волгой”, взявшей на буксир Tesla).