Which Orthodox Countries Have Recognized the Autocephaly of the Ukrainian Church? 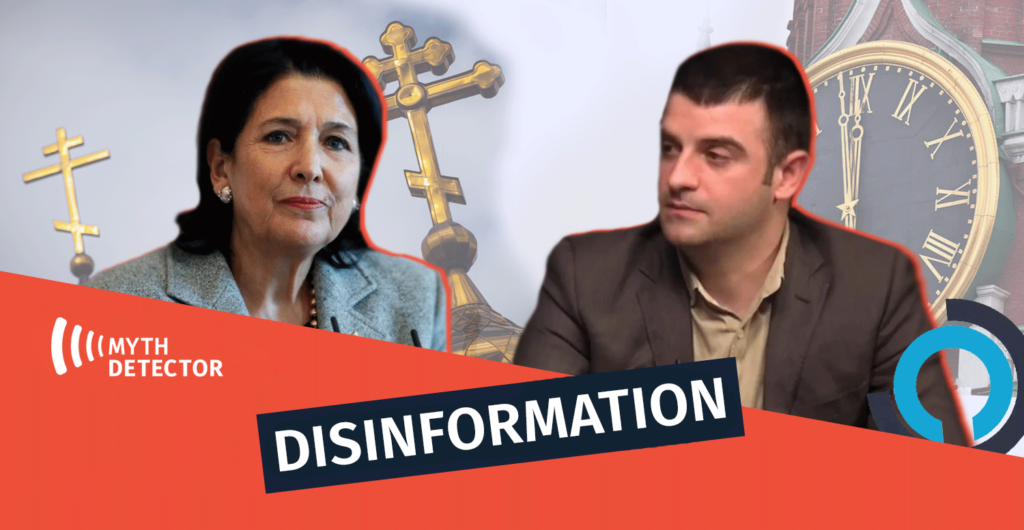 On March 28th, 2022, pro-Kremlin “Alt-Info” responded to the statement of President Salome Zourabichvili regarding the autocephaly of Ukraine. Zourabichvili noted that Russia has lost its moral right to share a common faith with another orthodox church. Giorgi Kardava, the founding chairman of the Conservative Movement party, claimed that the recognition of the Ukrainian Orthodox Church was not in Georgia’s interests and that it had not been recognized by any other Orthodox country.

Notably, even before signing the Tomos, Patriarch Bartholomew of Constantinople called on other Orthodox Churches to support and recognize the autocephaly of Ukraine.

For granting the Tomos of Autocephaly to Ukraine, the Russian Church announced that they would no longer mention the World Patriarch in their prayers. They also completely severed the Eucharistic communion with the Church of Constantinople.

The Orthodox Church of Greece recognized the autocephaly of Ukraine on October 12th, 2019. At the meeting of the Synod, the Patriarch of the Greek Church, Archbishop Jerome II, informed the congregation members about the Church of Ukraine, while the decision was made by voting.

Notably, the decision was published by the Metropolitan of the Ukrainian Church Epiphanius on his Facebook page, adding the following note:

Metropolitan Epiphanius: “I am grateful to my Christian brother, the head of the Holy Synod of the Greek Church, His Beatitude Jerome, Archbishop of Athens and all of Greece, who today supported the canonical and historical decision, which will enable the full-fledged interaction between our two local autocephalous churches in all areas.”

Along with Constantinople and Greece, the autocephaly of the Ukrainian Church was also recognized by the Orthodox Church of Alexandria, which ranks 2nd in the diptych of the four ancient Orthodox patriarchates.

On November 8th, 2019, Patriarch Theodore II of Alexandria mentioned Metropolitan Epiphanius of Ukraine in the “Great Entrance” section of the liturgy, which usually lists the leaders of the autocephalous churches.

While the Church of Alexandria did not recognize the autocephaly of Ukraine at the Synod level, this is not a necessary condition. The mention of Metropolitan Epiphanius by Patriarch Theodore is tantamount to acknowledging autocephaly.

Pro-Kremlin actors have been spreading various disinformation about the Ukrainian Orthodox Church in the past as well. This issue regained momentum after Russia invaded Ukraine. Notably, the Georgian Orthodox Church does not recognize the autocephaly of Ukraine so far.

For years, one of the arguments for not recognizing the Ukrainian autocephaly has been the issue as if the recognition of the independence of the Ukrainian Church by Georgia would be followed by a discussion of the independence of the Abkhazian Church. In fact, Russia has been interfering in the activities of the Diocese of Bichvinta and Tskhum-Abkhazia for years. The Diocese of Abkhazia is ruled by the Russian Bishop of Maykop and Adygea, and the Russian Patriarchate does not fully recognize the title of Patriarch of Georgia.

The pro-Kremlin media and pro-Russian clerics have been arguing that after Ukraine, the World Patriarchate would recognize the autocephaly of the Abkhazian Church. However, one of the preconditions for autocephaly is statehood, so it cannot extend to Abkhazia.