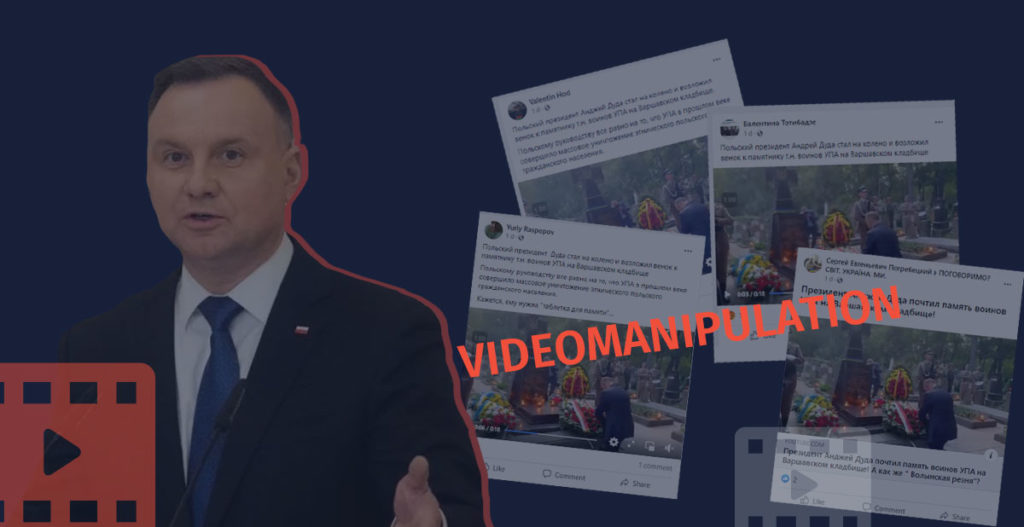 On August 15th, Russian-speaking Facebook users (1,2,3) disseminated a video of the Polish president Andrzej Duda kneeling in front of a memorial. According to the attached description, Andrzej Duda knelt at the “Ukrainian Insurgent Army” (UPA) memorial at the Warsaw cemetery, indicating that the Polish leadership does not care about the mass extermination of Polish civilians committed by the UPA in the last century. 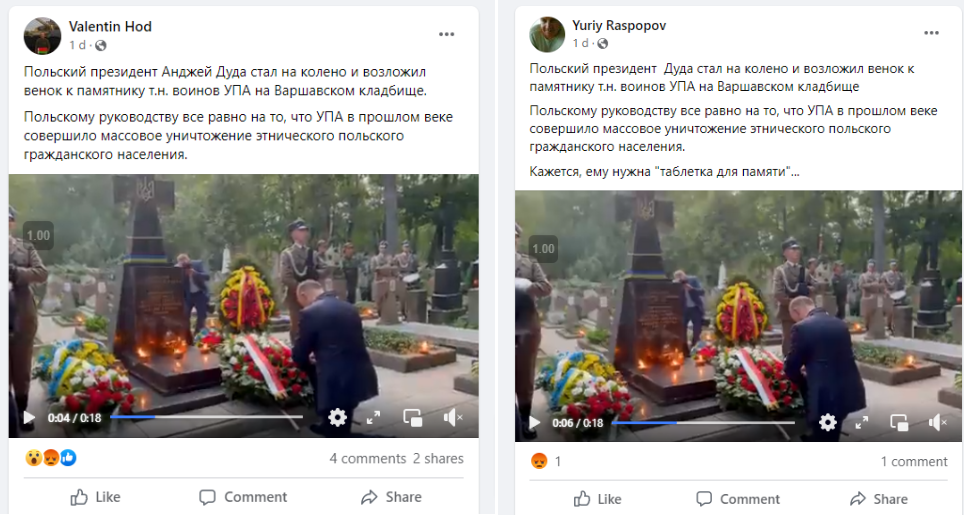 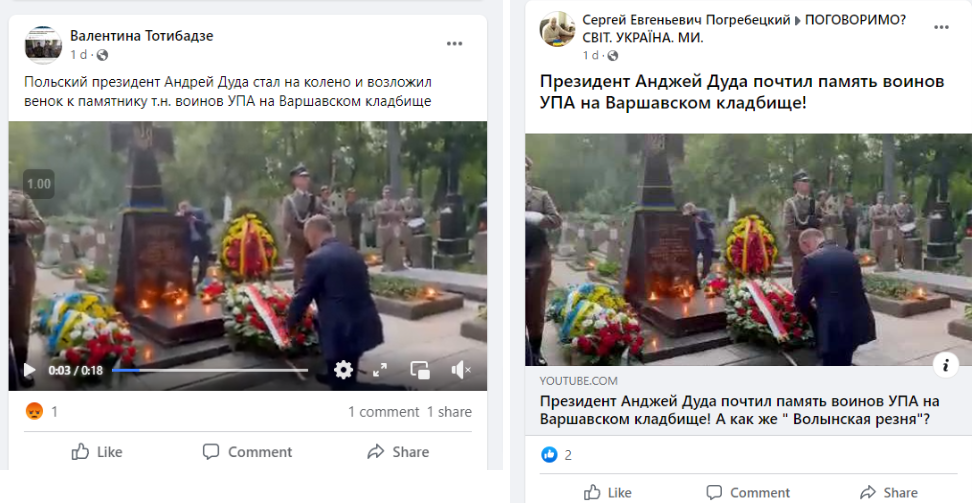 The claim that Andrzej Duda knelt before the “Ukrainian Insurgent Army” memorial is false. In fact, the viral video shows the Polish president kneeling at a memorial of the soldiers of the Ukrainian People’s Republic who fought alongside the Polish army against the Bolsheviks in 1920. 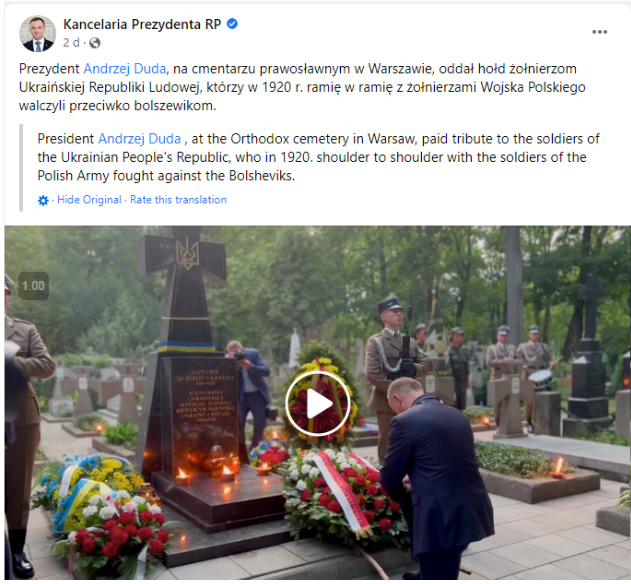 High-quality photos of the memorial clearly show the inscription “Memorial of the Ukrainian Army” and the years 1918-1920. During this period, the “Ukrainian Rebel Army” did not exist at all.

Between 1943 and 1945, members of the “Ukrainian Insurgent Army” (UPA) massacred thousands of Poles in the Volyn region, which is now part of modern Ukraine. The parties have been voicing different information about this part of history. According to the Polish side, members of the UPA killed 100,000 Poles. The Polish Parliament even referred to the mentioned tragedy as genocide, which the Ukrainian side does not agree with. According to Ukrainian data, 20,000 to 30,000 Poles were killed by the actions of UPA members.

For more disinformation about the President of Poland, see the articles prepared by the Myth Detector: