Where were the photos of the cemetery taken – at Sevan, near Kotavank or Kalbajar district controlled by Azerbaijan? 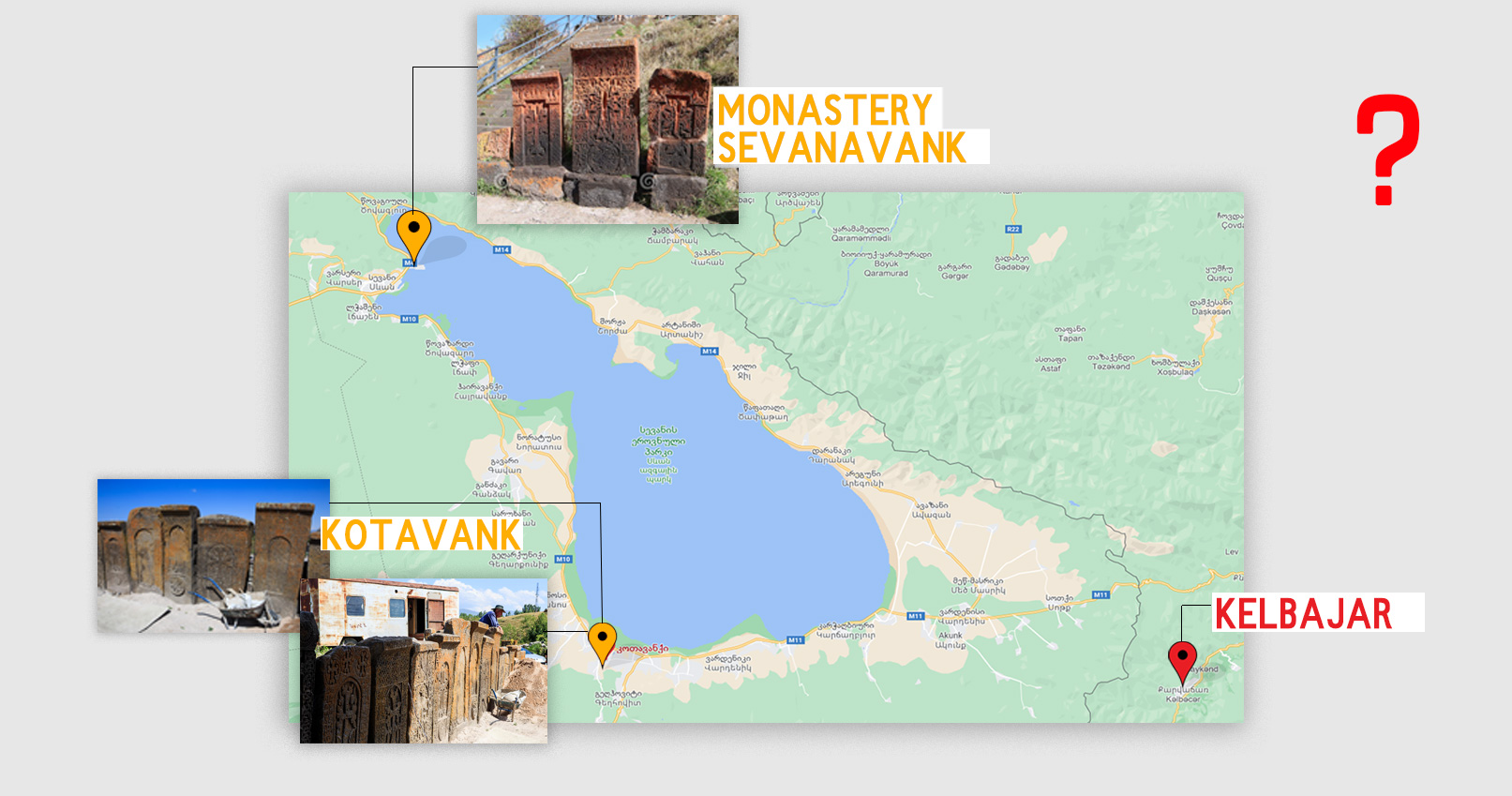 On November 30, a journalist of the newspaper “Asaval-Dasavali” Giorgi Gigauri published a post about gravestones discovered in Kalbajar district on his Facebook account. In his post, Gigauri cites Azerbaijani media that he doesn’t specify and claims that the Armenian gravestone “workshop” was discovered in the Kalbajar district liberated by Azerbaijan. There, they would draw Gregorian crosses, write old dates on them, and afterwards, artificially age them to falsify the history and attempt to display this territory as historical Armenia. The post was uploaded with the photo collage of several gravestones with crosses. As of 15:00, December 2, the post has 2,100 shares. 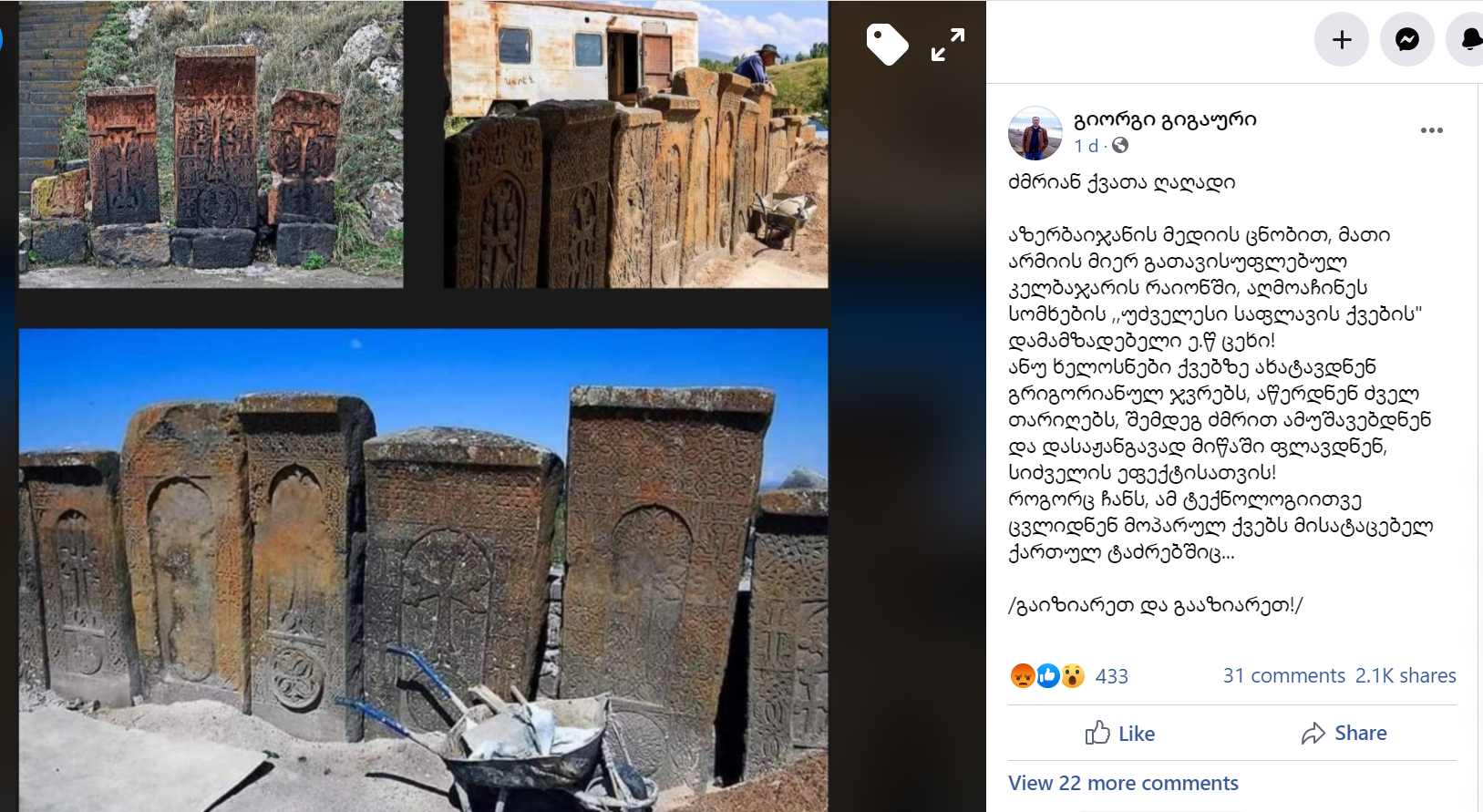 Information disseminated by Giorgi Gigauri, as if Armenian workshop, where gravestones were artificially aged to falsify history, was discovered in the Kalbajar district lacks evidence, whereas no photo indicated by the post was taken in Kalbajar district controlled by Azerbaijan: Open sources showcased that one photo indicates a nearby territory of Sevanavank Monastery, while the other one – nearby territory of Kotavank church. The identical information was first disseminated by the Azerbaijani journalist on Twitter.

Information provided by Giorgi Gigauri doesn’t indicate a primary source that would confirm the fact that Armenians aged gravestones to falsify history in the Kalbajar district.  The information about the Azerbaijani army discovering fake gravestones workshop in Kalbajar district first appeared at 12:58, November 19 in open sources, when it was published on Journalist İbrahim Nebioglu’s personal Twitter account. 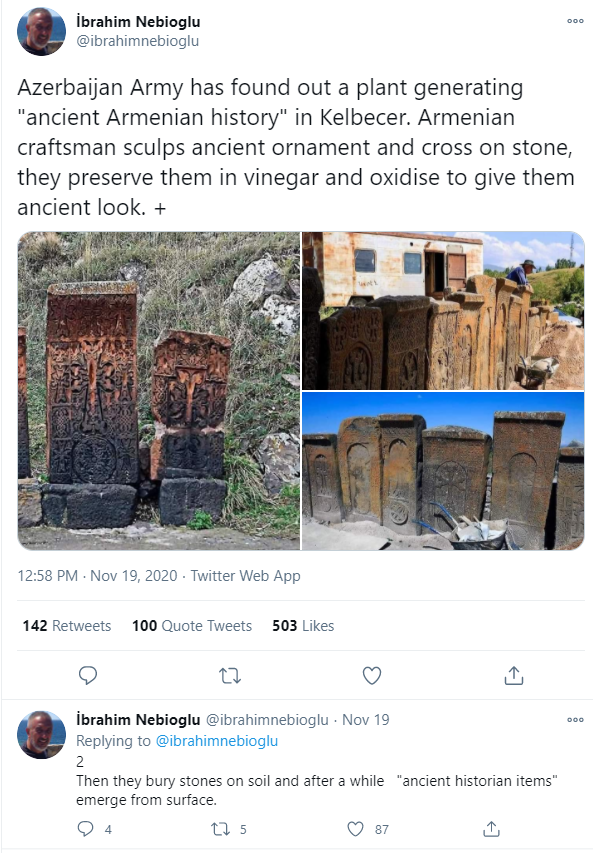 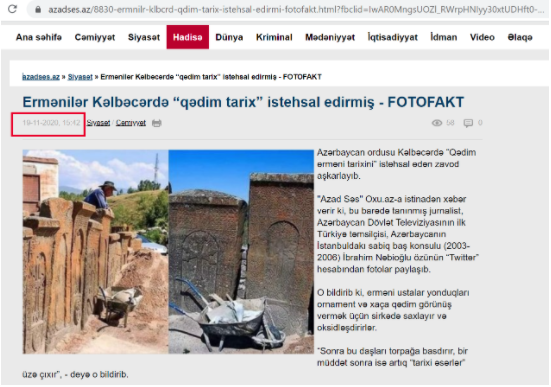 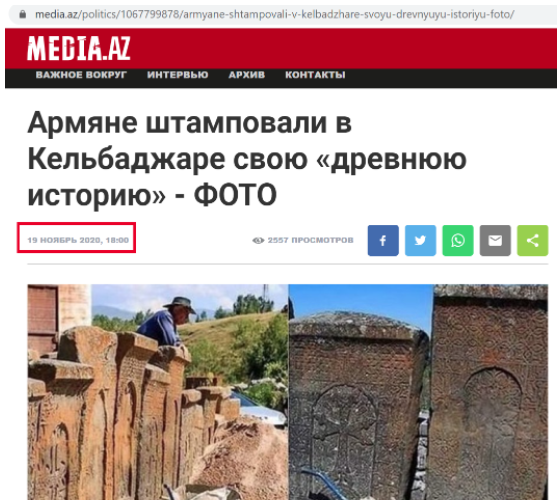 Giorgi Gigauri’s post, the primary source – İbrahim Nebioglu’s Twitter and articles in Azerbaijani media based on the Twitter source, all have the same photos. The first one was actually taken on the way to Sevanansk Monastery, at the shore of lake Sevan. You can find and purchase the photo on the web-page dreamstime.com. Moreover, its’ location can be checked via geolocation. 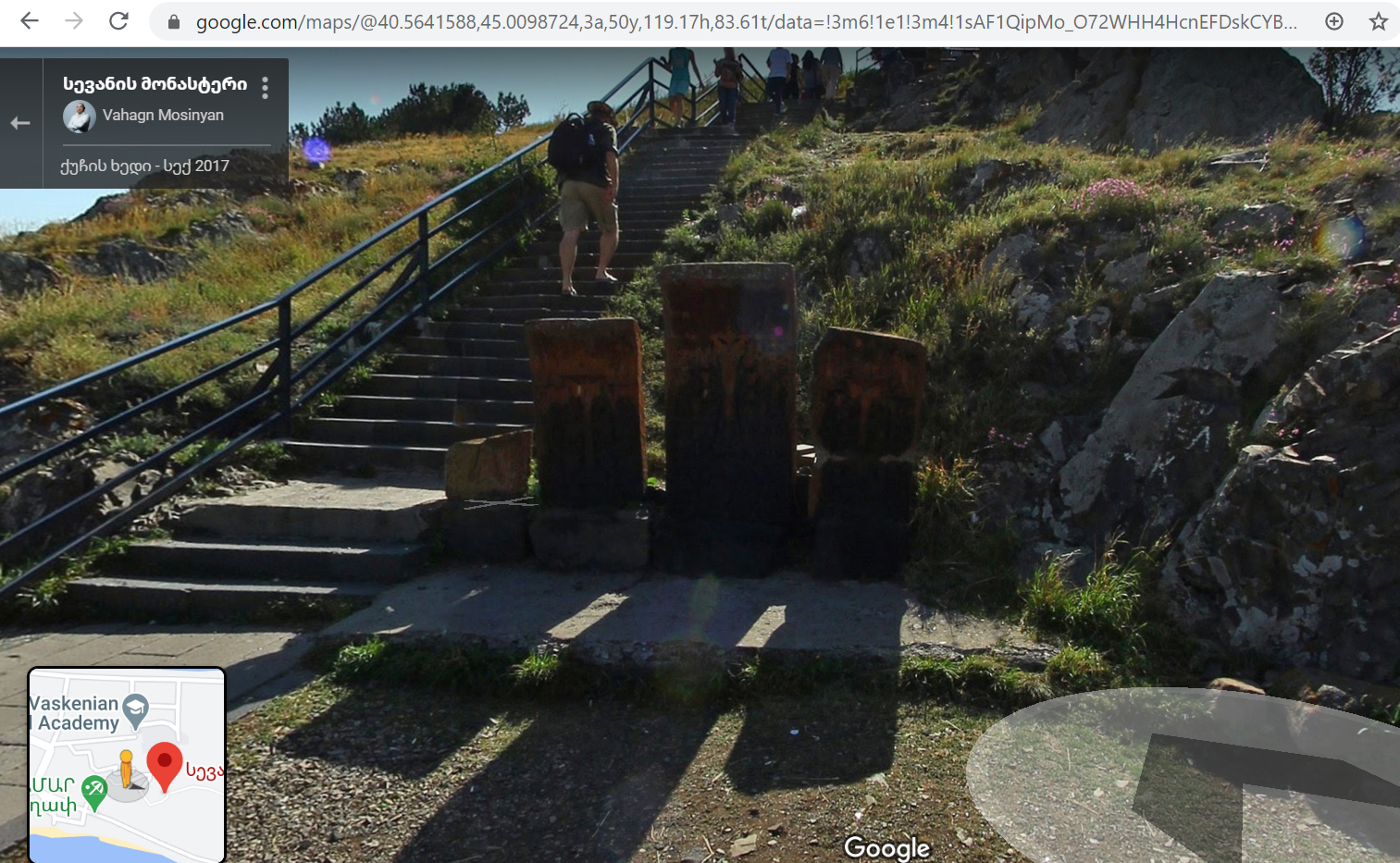 The other two photos were taken in the yard of Kotavank church in 2015 by Russian travelers and bloggers Kirill and Anya Yanochkin during their travel in Caucasia. 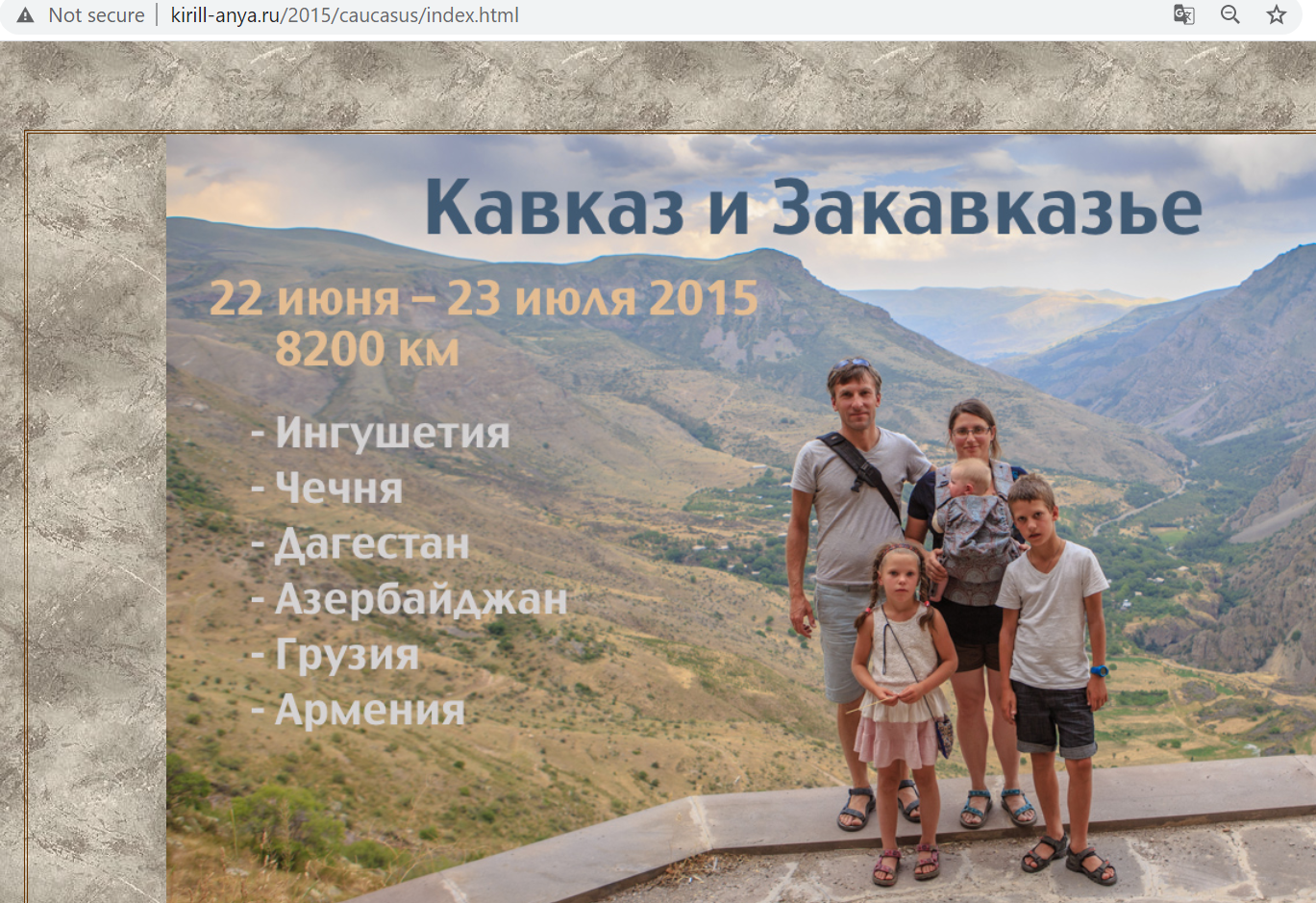 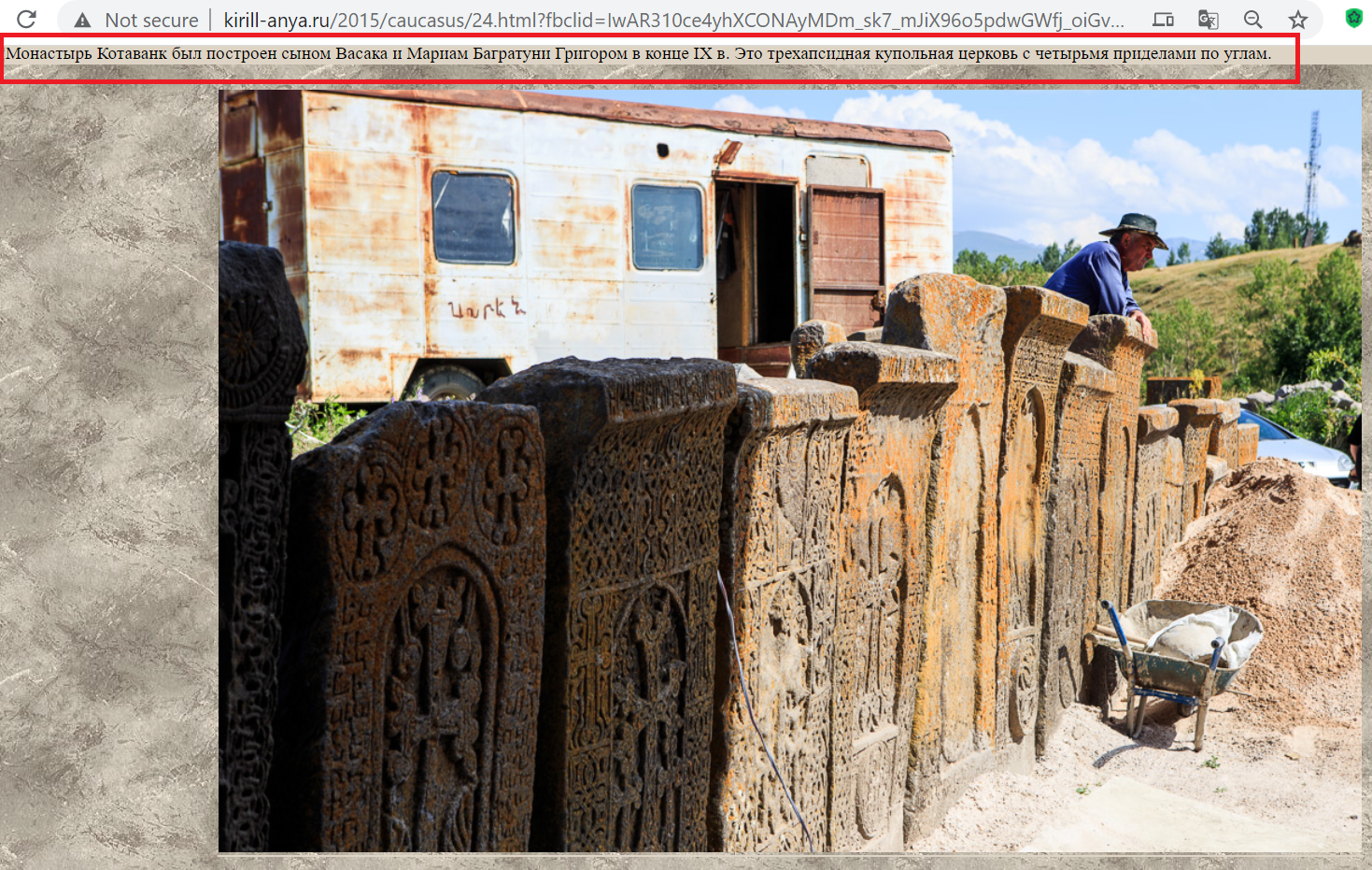 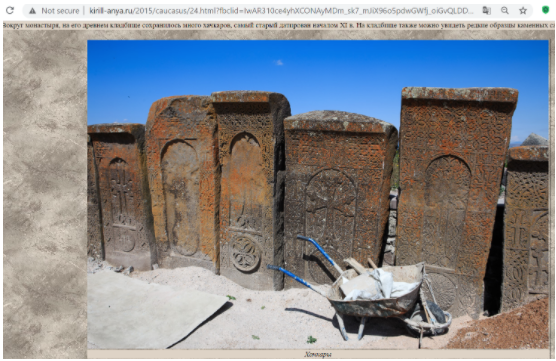 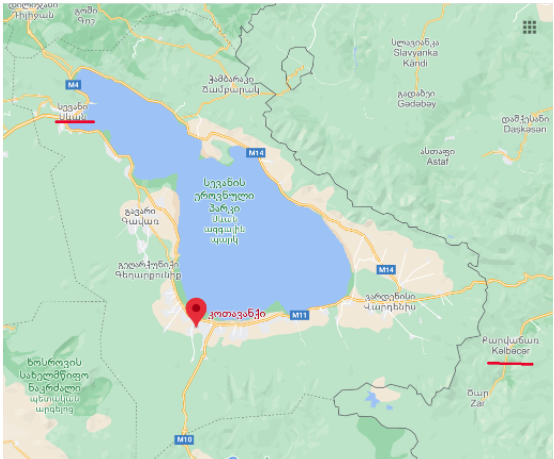 Giorgi Gigauri is the journalist of the newspaper “Asaval-dasavali” who run for the Saburtalo District on behalf of the ultranational party “Georgian Mach” in the 2020 Parliamentary Election. Newspaper “Asaval-Dsavali”  is ill-famed for xenophobic, homophobic and anti-western editorial policy and is often a source of disinformation