Where does the Coat of Arms of Ukraine Originate from and What Do Conspiracy Theorists Associate it with? 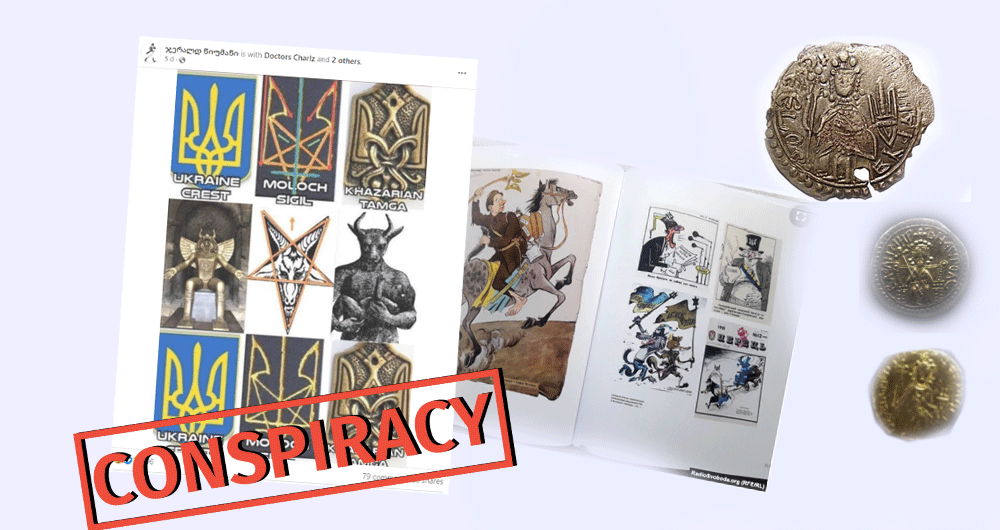 On April 21st, the Facebook user “Jerad Newman” published a photo of the Ukrainian coat of arms. In addition, the photo shows the symbols of Moloch ( Canaanite deity associated in biblical sources with the practice of child sacrifice) and Khazar Jews. The picture gives the impression that these three characters are related to each other, having a common origin. 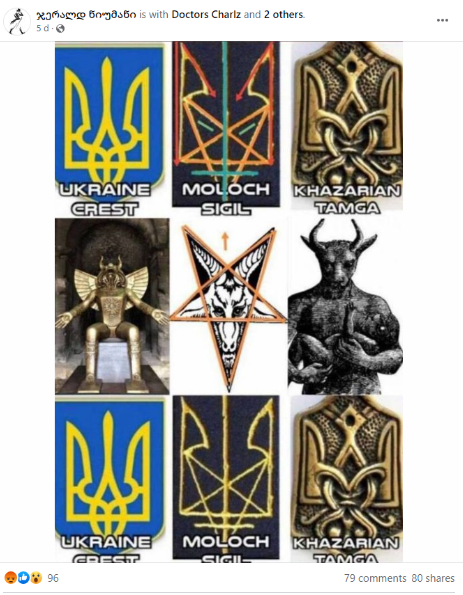 The disseminated post represents a conspiracy. In fact, the connection between the Ukrainian national coat of arms, the symbol of Khazar Jews and the biblical figure Moloch is not confirmed. The coat of arms of Ukraine dates back to the tenth century, and this symbol was the emblem of the Russian prince of Kyiv, Vladimir the Great, and his dynasty.

On February 19th, 1992, the Rada of Ukraine affirmed the golden trident on the blue shield as a national symbol of independent Ukraine. According to the Constitution of Ukraine, this symbol was the emblem of the kingdom of Vladimir the Great. 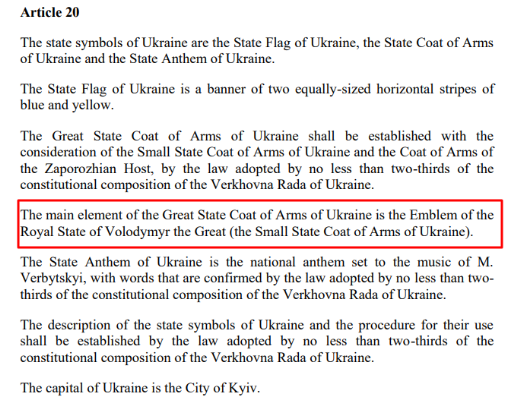 The trident was a symbol of the family of Chief Vladimir the Great, who ruled Russia in Kyiv in the tenth century. The current emblem of Ukraine can also be found on coins created during this period. 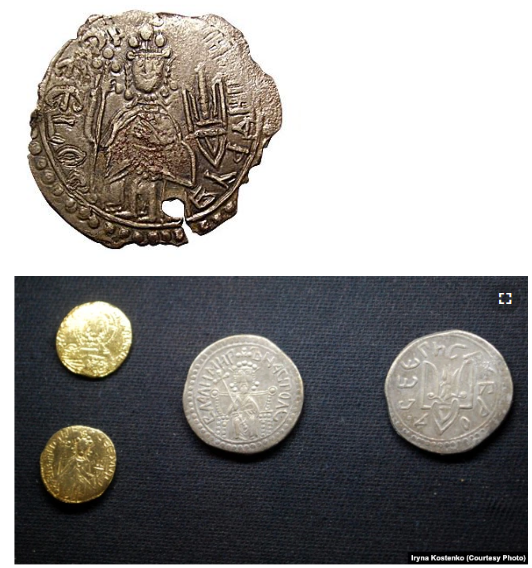 Vladimir belonged to the dynasty of great Ruriks. After the change of the dynasty, the symbol of the trident ceased to be used commonly. However, on March 22nd, 1918, the Rada of Independent Ukraine approved the ancient symbol of Vladimir the Great as the coat of arms of the People’s Republic of Ukraine. In this regard, the chairman of the Central Rada of Ukraine, Mykhailo Hrushevsky, said that since Ukraine regained its lost independence, its symbol should have been the sign used before the loss of independence in Ukraine, and such an ancient national symbol was a coat of arms resembling the trident of Vladimir the Great.

Notably, there is no unambiguous explanation for the exact meaning of the trident. However, its value as a national symbol was still underscored by Mykhailo Hrushevsky in February 1918. According to him, the symbol was not borrowed and was associated with the millennial history of Ukrainian statehood.

It is also interesting to note that the discreditation of the trident can be found on Soviet posters with anti-Ukrainian content. 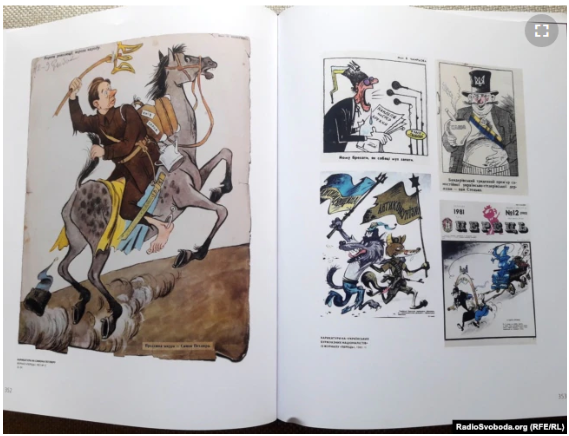 Importantly, there is no scientific evidence that the Rurik dynasty took its symbol from the Khazars who inhabited the territory of Eastern Europe. The Khazars indeed wore trident-like symbols on pottery. Still, they did not depict the symbol on jewellery or other essential items, so there is no evidence that the Khazar nobles systematically used the tridents as their official symbol.

As for Moloch, this name occurs several times in the Hebrew Bible. According to the Bible, Moloch was associated with the sacrifice of children. From the Middle Ages, Moloch was depicted as a figure with a bull’s head. 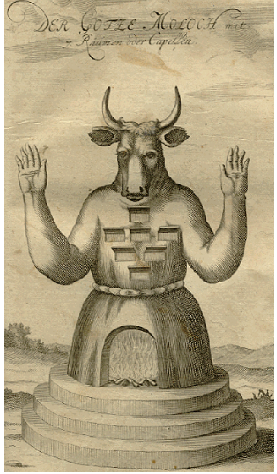 As for the Moloch symbol used in the post, the no open-source confirms its connection with Moloch.

Notably, disinformation and conspiracies about the Ukrainian symbols and the connection between Ukraine and the Khazar Jews have been disseminated in the past as well. See the articles of “Myth Detector:”